Live From The Blues Matters Stage at Jaks, Skegness 2019 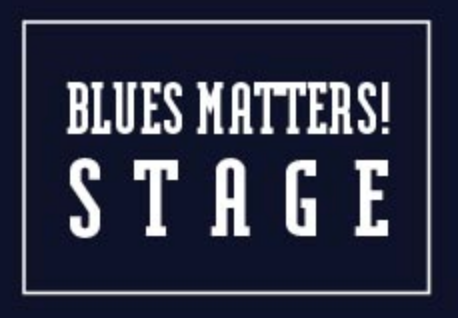 Gerry Jablonski and The Electric Band are a high energy outfit from Scotland that blend blues roots with influences of classic rock. They are also the UKBlues Artist of the Year winner in 2018.

Jamie Thyer & The Worried Men are a Blues & heavy R&B outfit from Bristol, who mainly tour the UK & Ireland.

Teed Up are a four-piece blues band of well-seasoned bluesmen who play their blues with nods to the Louisiana swamps and the streets of Chicago.

‘‘…if you like your blues funky, rocking, swinging, slow and emotionally-charged played across a mix of reworked classics and originals then you are sure to love this band. A guitar/Hammond driven 4-piece delivered with superb musicianship…’’

So… what’s with the name?
‘Teed Up’ is an old jazz slang term for being dressed up, suited, booted and ready to go…

A short 30 minute set from the band, then you can join Roadhouse onstage with their annual and very popular afternoon jam session.

Roadhouse, play a South London twist on gothic Americana, the songs paint cinematic soundscapes and feature themes of desperation, film noir, loss of hope and redemption. If you like your blues-rock then you’ll enjoy this set.

The Achievers can create the energy and magic of 50’s & 60’s Rhythm & Blues dance halls with their original and soulful songs, leaving festival and blues club audiences elated. With four-part harmonies, joyful melodies and infectious, danceable rhythms there has never been a better time to see and hear The Achievers. Their unique approach and willingness to move away from familiar guitar-solo orientated styles prove that soul, grove and song-craft still matter in the blues.

For More Info – The Achievers

The Milk Men are a group of 4 seasoned musicians who play a dynamic mix of classic blues and R’n’B, as well as some originals. In 2016 the band released its debut album FULL PHAT to huge critical acclaim, and in 2018 the follow-up GOLD TOP reached number 2 on the iTunes Blues Chart.

For More Info – The Milk Men

Lucy Zirins is a young singer-songwriter from Burnley in Lancashire and has recently released a new album Live At The Old Courts.

Zoe Schwarz & guitarist Rob Koral have been performing together for over 10 years. Zoe’s unique, yearning vocal style blended with Rob’s ability to come up with catchy vibrant riffs and musical arrangements stretch the term ‘blues’ and keep it moving forward, so as to be relevant for our current times.

George Shovlin & George Lamb have been performing together for many years and their music can be described as blues rock. The band’s latest album Nothing To Lose …11 self-penned songs, released March 1st 2018, went straight to number 1 in the IBBA Top 40.

Dani Wilde is a writer with Blues Matters and has a column called Phenomenal Blues Women where she writes features on legendary blues ladies. Dani’s music is described as blues with country influences, she has also secured three number one hits in the Official iTunes Blues Music Charts.

Dana Gillespie has been in the music business for over 45 years and has released around 65 albums. She founded the Mustique Blues Festival and ran it for the first 20 years of its now well-established life. Since 1980 she has fronted the London Blues Band and occasionally performs in other formats and has recorded Indian music. She is well-known for her risque blues.

Rock & Blues acts featured across other stages are listed below.