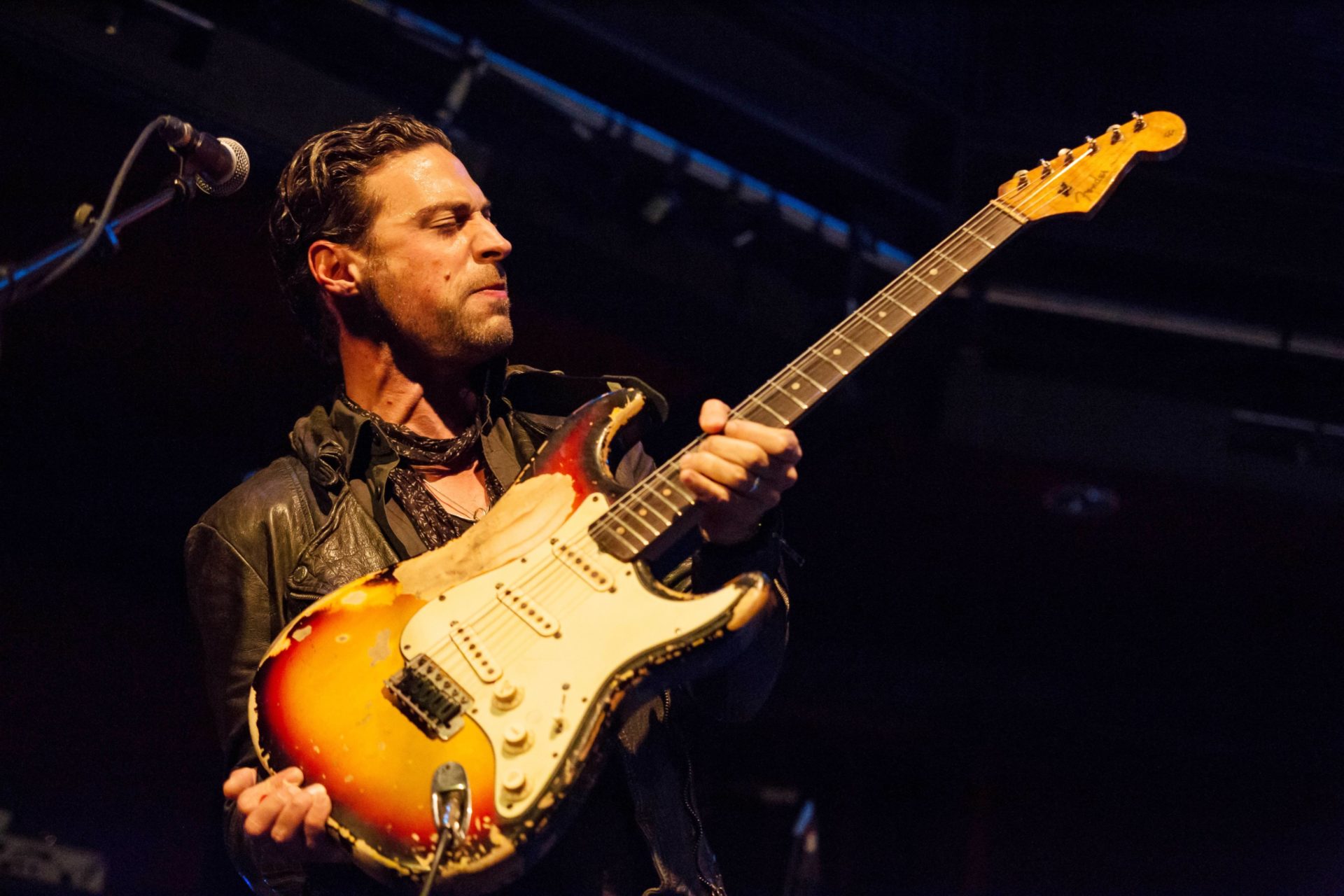 In a recent feature, Blues Matters did the biz on South African guitarist, Dan Patlansky and his cracking new album, Perfection Kills. So, from Weather Report to Danny Gatton and his UK tour in November, we delved a little deeper.

Hi Dan, good to talk to you. Now I’ve just been ploughing through the Weather Report back catalogue and I hear you want Heavy Weather played at your funeral?

Wow! Yeah, it’s such an incredible album. I know many true Weather Report fans who say that it’s their sell-out album, their most commercial album, but for me, it’s a remarkable feat of musicianship and “Birdland” has, for me, one of the greatest melodies ever written. Sheer genius!

And what a statement to make as your parting one.

Moving on from your sad demise, I’d like to talk about your influences and what inspired you? What did your parents listen to when you were growing up?

That’s where all my inspiration came from. My parents listened to music constantly, all sorts of stuff: the blues, classic rock, jazz, soul and funk. I was exposed to a really wide range of genres and that’s why I got into music and out of that grew my love of guitar-playing. It was all due to their taste and their extensive album collection!

I’m not a guitarist, but I imagine when you start learning to play, it broadens what you listen to as well?

Without a doubt. When you start learning to play, people start telling you about things you should be listening to as a guitar player and stuff that will benefit you as a guitar player, and it broadens your horizons and introduces you to a lot of new music. And, I’ve never strictly listened to just one or a handful of genres – if I like it, I like it, whatever the genre. I’ve never actually liked the concept of genres: there’s good music and bad music and I try to listen to the good stuff. 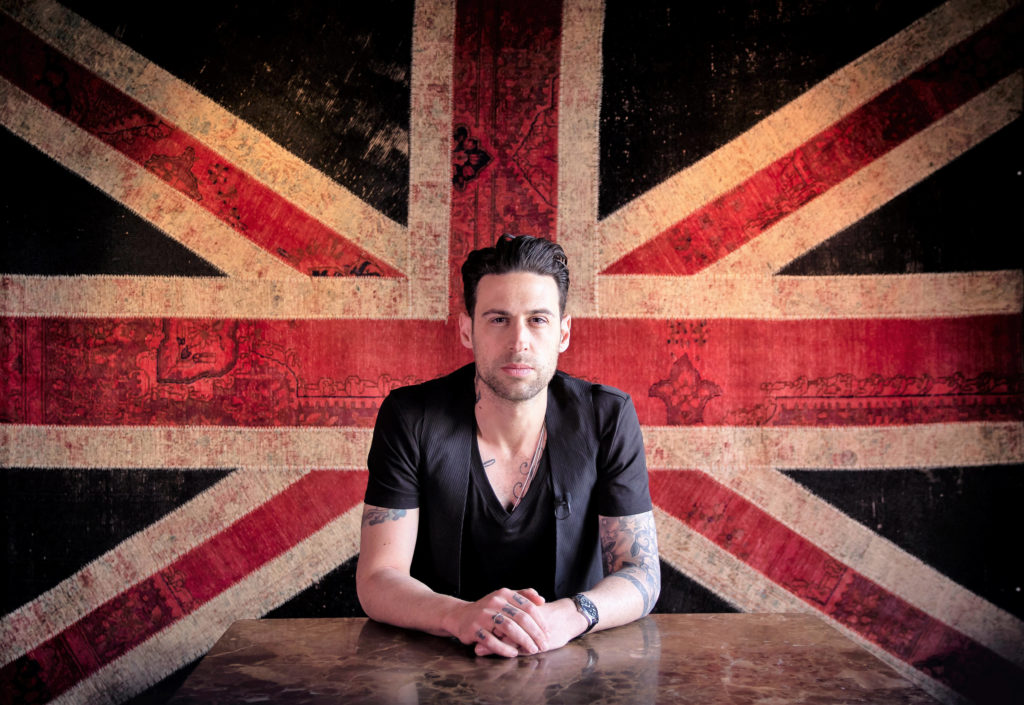 What led you to blues-rock? Why in that direction?

Well, I guess the majority of stuff I listened to as a kid was blues-rock, classic blues like B.B.King, Albert Collins and Robert Johnson, on to Stevie Ray Vaughan and Clapton, even Hendrix and Zeppelin. That was the core of what I was listening to. Because I listened to that stuff so extensively, that was the most natural stuff to play when I started.

I read an interview in which you mentioned the late Danny Gatton. I don’t think he ever received the recognition that he deserved.

I agree completely, and I think that possibly his death was related to no-one recognising his talent. He was just the most ludicrously talented guitar player. He had the ability to play be-bop jazz, mixed with chicken-pickin’ country and a dose of blues and rockabilly in there too! He wasn’t bound by one genre either; he just threw everything that influenced him into one package and out came Danny Gatton.  For me, as a guitar player, he is pretty much the most underrated player ever in the history of guitar-playing and it was very, very sad and maybe a big part of his suicide and his leaving this earth, was because he wasn’t recognised and he’d put so much of himself into it. A very sad story.

I think that in this country, maybe not so much in America, that we pigeonhole artists – I’ve already said you’re in the blues-rock field. does that make you not want to stray too far away from one area, from your brand, how you’re marketed and so on?

I’m aware of how you get steered into a particular box. Over the last couple of years, I’ve tried my best not to do that. I try to let the song lead the direction musically. Whatever it turns out being, it will turn out being. I am considered a blues-rock artist and it’s a great genre to be in and I’m certainly not complaining, but I don’t set out to just make a blues-rock album, or write blues-rock songs. It cuts you off from so much more. There are so many influences out there – you can put a unique spin on your music.

What was the rock scene like in South Africa when you started gigging?

It’s pretty much the same now as when I started. It’s a much smaller market, possibly one of the smallest in the world. There is a scene there but it’s very small and there is a lot of improvement needed to the infrastructure. But it’s a very loyal scene and once you get a fan down there, they’ll stay a fan and pretty much come to every show! But, that said, blues-rock is a fairly niche thing in South Africa. 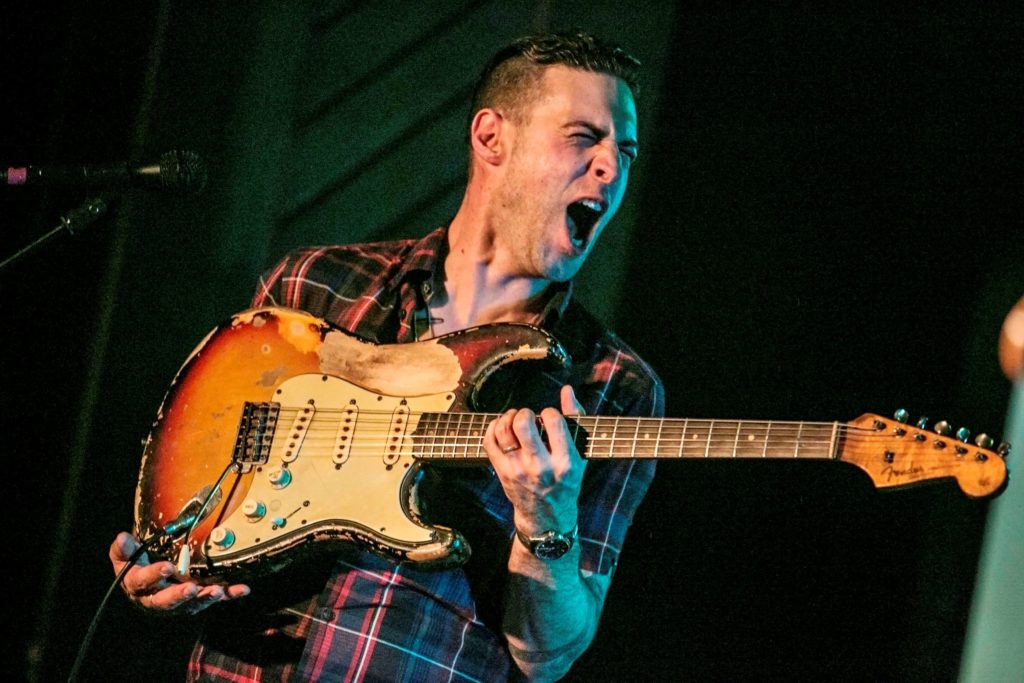 Does it differ a lot from say, the European scene?

Yeah, I feel Europe and the UK is kind of a hotbed for the blues at this moment. Compared to anywhere in the world, I think there is a real love and enthusiasm and following for it. For an artist coming from the other side of the world, touring here and the States, there is an infrastructure, little stepping-stones on your way. Coming here, you’ll play tiny venues to start and as you build up your fanbase and your following, you’ll gradually move up to larger venues. In South Africa, there are lots of small venues and lots of giant venues, with nothing in between. So it’s very hard to grow there, because once you’ve sold out your 150-seat venue, your next size is about a 1000-seater, which is a big jump. I think it holds back our scene there a lot.

Is that why, when you’re back home in South Africa, you do a lot of solo, acoustic shows?

That’s a big part of it. I can play a lot of these smaller venues and it wouldn’t make sense – economically, logistically and financially – to play the same venue with the band.

Are you ever going to bring your solo show over to the UK?

Yeah, definitely, it’s on the back-burner. It would be a fun thing to do and it would show a completely different side to me!

Your lyrics are often socially and politically relevant. With today’s social media and all manner of high-speed communication, do you think a song is still a relevant way of carrying a message?

Probably not, no! As you say, with social media and everything, a song is probably not the best way to get a message across nowadays. But playing the blues gives me a place to air my social commentary and feelings on world events and where society’s going. It’s my only way of getting it across. I’ve never been the kind of guy who rants and raves on Facebook about political stuff, so I use my songs as ways of communicating what I want to say. I don’t know if it’s a relevant way of saying it, but it’s definitely my way of saying it!