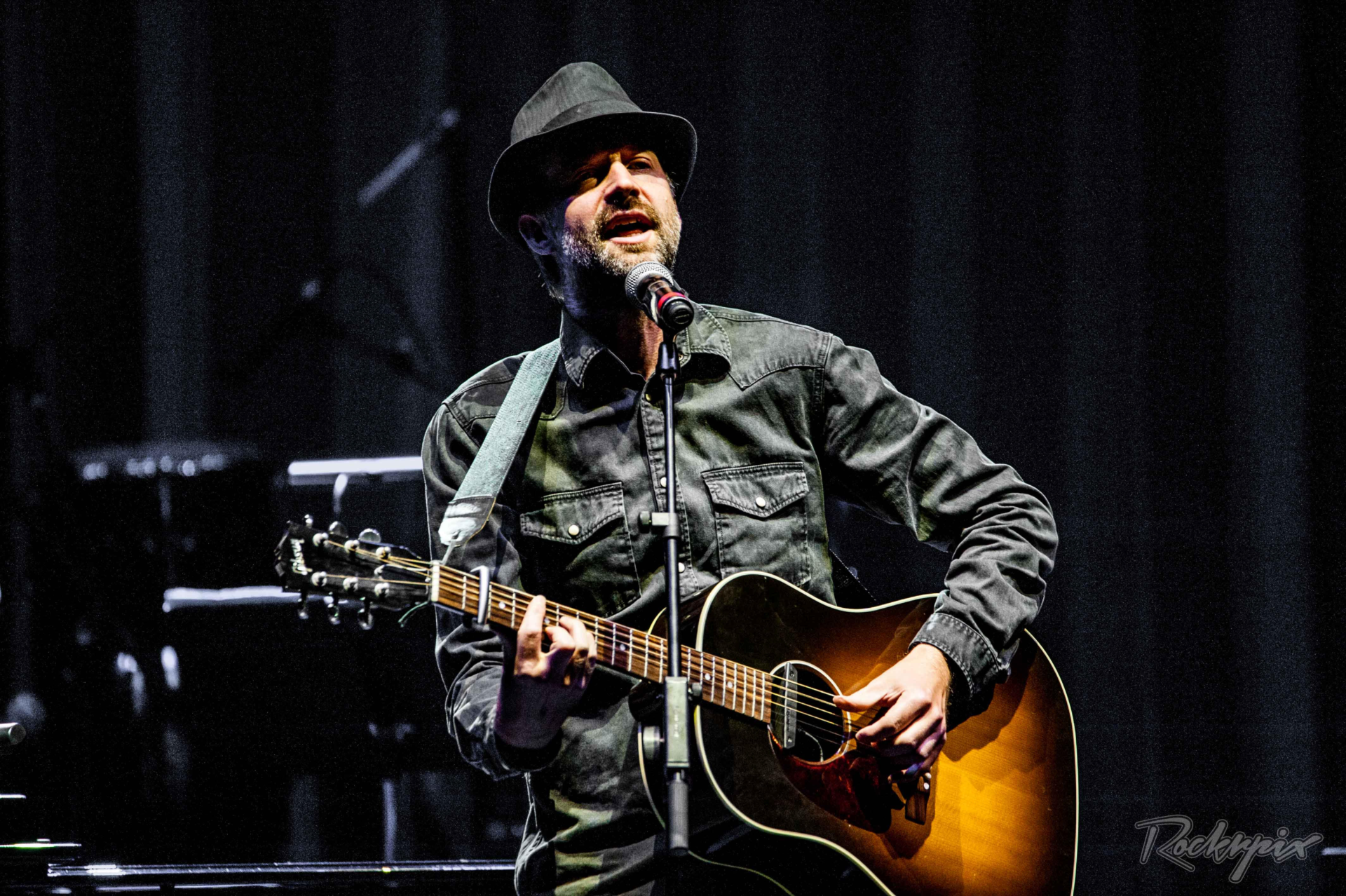 Jon Allen is an English singer-songwriter born in Winchester, and currently living in London. His debut album Dead Man’s Suit was released in 2009 and his fourth studio album Blue Flame has amassed five million plays on Spotify.

Is there such a thing as dark honey? It’s sure to be found in the affecting vocals of Jon Allen but his songwriting talent is the sustaining factor in his career. Watching the great Dionne Warwick’s Royal Albert Hall audience in London, listen spellbound to his opening set for her, was one of this year’s great pleasures. He sold a stack of albums at the merchandise stand afterwards!

Here, I ask Jon which tracks gave him a love of The Blues in his formative years.

1 – Hideaway – Eric Clapton/John Mayall and the Bluesbreakers, Album – Blues Breakers. Clapton at his fluid lyrical best on this instrumental.

2 – Going Down – Freddie King, Album – Getting Ready. I remember walking past a live video being played through the shop window of a music shop on Denmark street many years ago and being transfixed by the raw energy, passion and technique. I had to go in and ask, ‘who is that guy?’. Freddie’s version of Don Nix – Going Down is an apocalyptic gem.

3 – Need Your Love So Bad – Fleetwood Mac, amazing blues by feel master Peter Green. Love the minimalism of the arrangement and the majestic string part.

4 – Stop Messin’ Around – Fleetwood Mac – Peter Green and colleagues here proving that they are no slouches on the slide guitar too. Amazing rhythm section too in the Mac. Mick Fleetwood for me is a very underrated drummer.

5 – Man Of The World – Fleetwood Mac. Don’t know if I am allowed this choice as it’s not a straight blues (Hey, purists we ain’t! – PS). Absolutely gorgeous song and arrangement. The delicacy and understated drama as it shifts moods and tempo prove what can be done with 2 minutes and 48 seconds in the hands of a genius like Green.

6 – Rockin’ Daddy – Muddy Waters/Eric Clapton, Album – The London Howlin’ Wolf Sessions. Funky blues and a totally committed vocal from Wolf make this a down and dirty classic. You can hear where Zeppelin got their funk from on this.

8 – Everyday I Have The Blues – B.B. King, Album – Live At The Regal. Taken from one of the best live albums ever made. B.B. King unmistakable vibrato on display here.

9 – When Love Comes To Town – U2/B.B. King. Album – Rattle And Hum. I remember the hairs going up on the back of my neck when I first heard this. B.B. King’s incredible voice brings depth and power to Bono and Edge’s composition.

10 – I Can Tell – John Hammond. More funky blues and great guitar tones here.  Love the interplay between the different guitars, drums and percussion.

As told to Pete Sargeant

COMPETITION TIME - WIN TICKETS TO LINTON FESTIVAL via facebook
WIN TICKETS TO LINTON FESTIVAL, HEREFORDSHIRE. We ha...
RICHARD TWEEDDALE's Top 10 Blues
I'm Richard Tweeddale and I've been on the committee an...
Susan Santos releases new single 'Somebody To Love'
Award-winning and critically acclaimed guitarist Susan ...
Coronavirus And The Impact On Musicians
HOW THE PANDEMIC IS AFFECTING MUSICIANS With loads o...