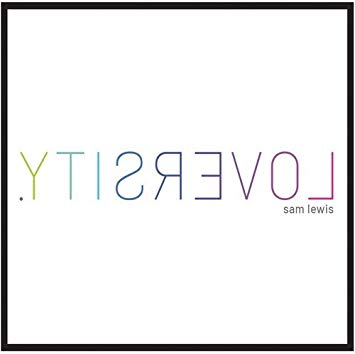 Nashville based singer, songwriter guitarist Lewis has been dubbed ‘a modern Townes Van Zandt’, and this latest project heralded as ‘the place where feel-good music meets vital social commentary.’

A country groove and soulful Americana is evident from the start with When Come The Morning but second track in, Wainwright’s Natural Disaster, and it is clear this is going to be much more of an eclectic, edgy genre-defying album.

Great Ideas is reminiscent of Van Morrison with a provocative message, “I’m so tired of people saying it’s my way or the highway. Everything’s going to be ok if we try a new way. What do you say? The dynamic, upbeat, horn-powered Southern gospel title track accompanied by backing singers adds a new word, loversity, into the lexicon which adds to the intrigue.

In contrast to the full-on band sound, the introspective Accidental Harmony is a gentle lullaby that fellow Nashville songwriter John Mann wrote for his first child.

Some People sees Lewis reflecting on his search for answers from the perspective of living on the outside looking in, constantly questioning before concluding, “But I know now I know nothing, Some people only wish they did.” Lewis takes a close look at his country in peril and admits that being political wasn’t his mission but a sense of duty.

On One And The Same he sees the world that we know is in pain and uses the lyrics on (Some Fall Hard) Living Easy to pose fundamental questions: “What’s your purpose are you a cure or a disease/”and confesses, “I’d be happier with less if I only had some more.”

Little Too Much takes the theme of giving a little but maybe taking too much.

However, all of these songs are not performed in a depressing or tub-thumping manner but with calm, flowing vocals and sumptuous guitar and piano accompaniment.

So how can this album be summarised? As Lewis explains, “This is the closest thing I’ll ever write to a concept album.

The idea is that we are all trying to get somewhere — all running from something and toward something. We’re all together in it, though.” As current events in the world divide people on the basis of difference, Brexit being a prime example Loversity  is a timely reminder that diversity and unity can co-exist

RUTHIE FOSTER Live At The Paramount - Interview & Review
In conversation with Ruthie Foster by Colin Campbell. ...
ALAN PEARCE - FINALIST IN NATWEST GB ENTREPRENEUR AWARDS
The finalists for the 2019 NatWest Great British Entrep...
The Eternal Debt
The Eternal Debt by Stephen Harrison When we mention...
R.I.P. Phil May
PHIL MAY - 9th November 1944 – 15th May 2020 Lead si...