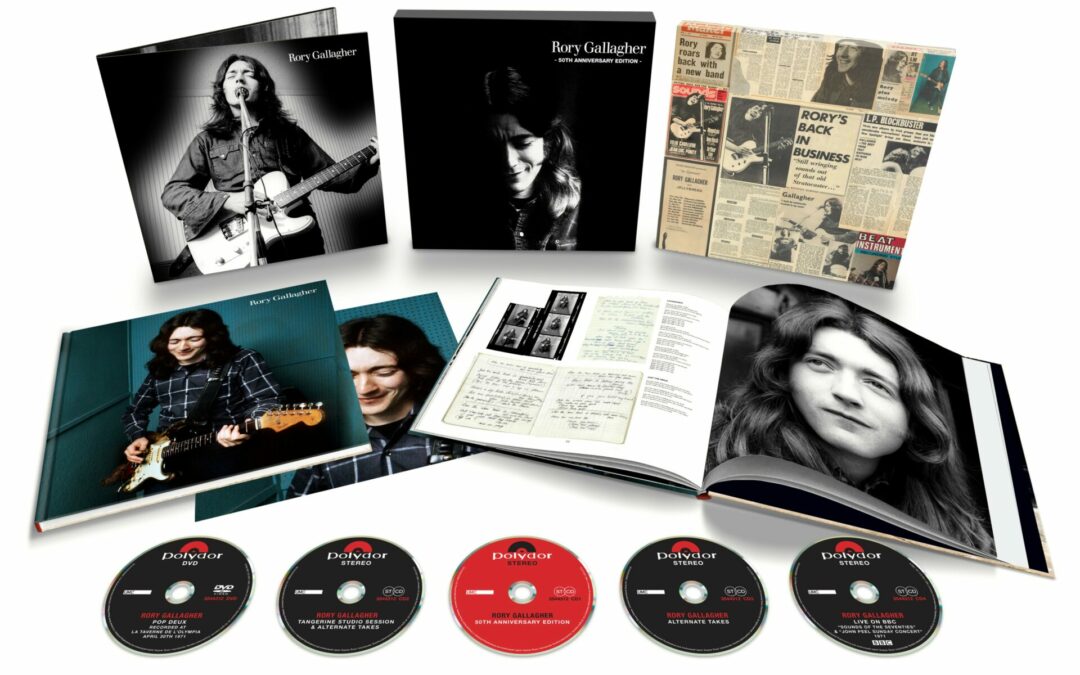 To celebrate the 50th Anniversary of Rory Gallagher’s eponymous 1971 debut solo album, UMC/UMe is giving one lucky reader of Blues Matters an opportunity to win a a five-disc deluxe box set of the album.

The extensive 50th Anniversary Box Set package will also contain a 32-page hardback book with many rare and previously unseen photographs from British rock photographer Barrie Wentzell, essays and memorabilia from the album recording including hand-written song lyrics by Rory, and an exclusive limited-edition poster.

The winner will be selected at random on 16th November 2021.

COMPETITION IS OPEN TO UK RESIDENTS ONLY

CONDITIONS: By entering, the participant agrees to be bound by these Terms and Conditions.