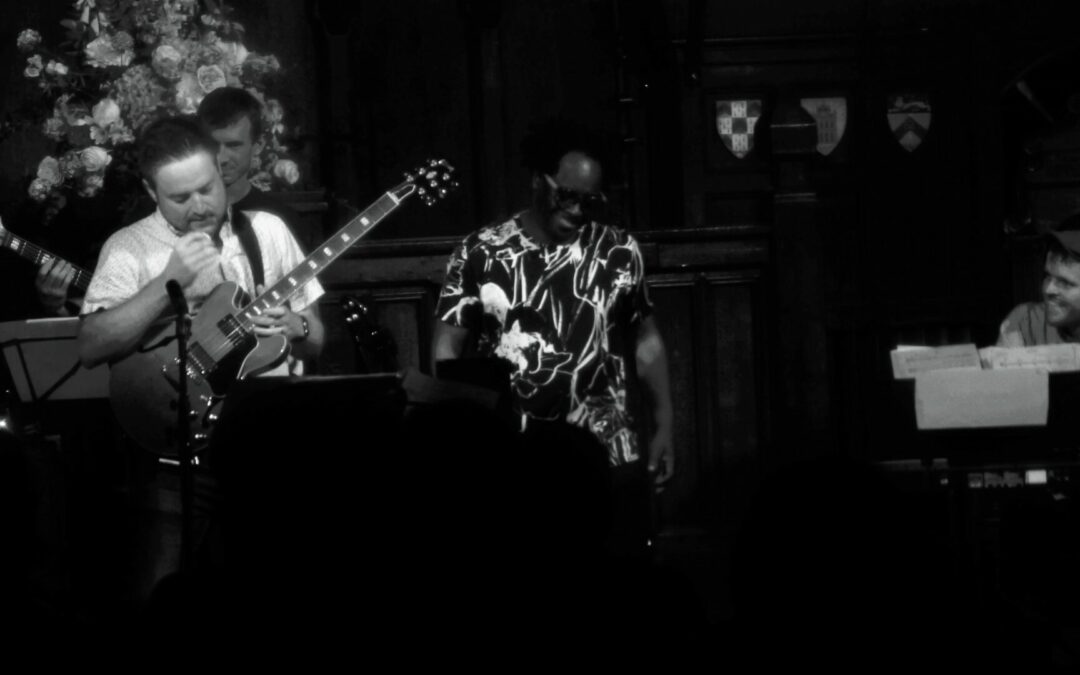 One of the country’s leading Jazz Trombone players, Dennis Rollins gave a masterclass in providing good time music, and something of a party atmosphere when he appeared as the Saturday night headlining act at Lichfield’s 30th Blues and Jazz Festival.

Backed by the talented Nick Dewhurst band, the ensemble played a number of their original compositions and some songs from the pop arena. With Nick Dewhurst on guitar, trumpet, and arrangements, Sam Craig on Saxophone, Charlie Bates on Piano, bassist Tom Moore, drummer Carl Hemmingsley and saxophonist Beth Fisher the ensemble started off with an interesting take on Calvin Harris Bonkers, blending a dance track with jazz instincts is not the easiest of feats, but the band managed it with aplomb.

Other pop hits included such songs as Moloko’s Sing it Back, and Pink’s Get the Party Started. Nick Dewhurst’s music included old favourites such as Gibraltar Rock, which featured a finger shredding guitar solo, Heatwave which showed the funk instincts of the band, and newer material, such as Follow The Fox, and the new-wave sounds of Break The Circuit. They encored with a fitting One For Dennis which showed the band and their guest in exhilarating form, which was greatly appreciated by the very lively audience.