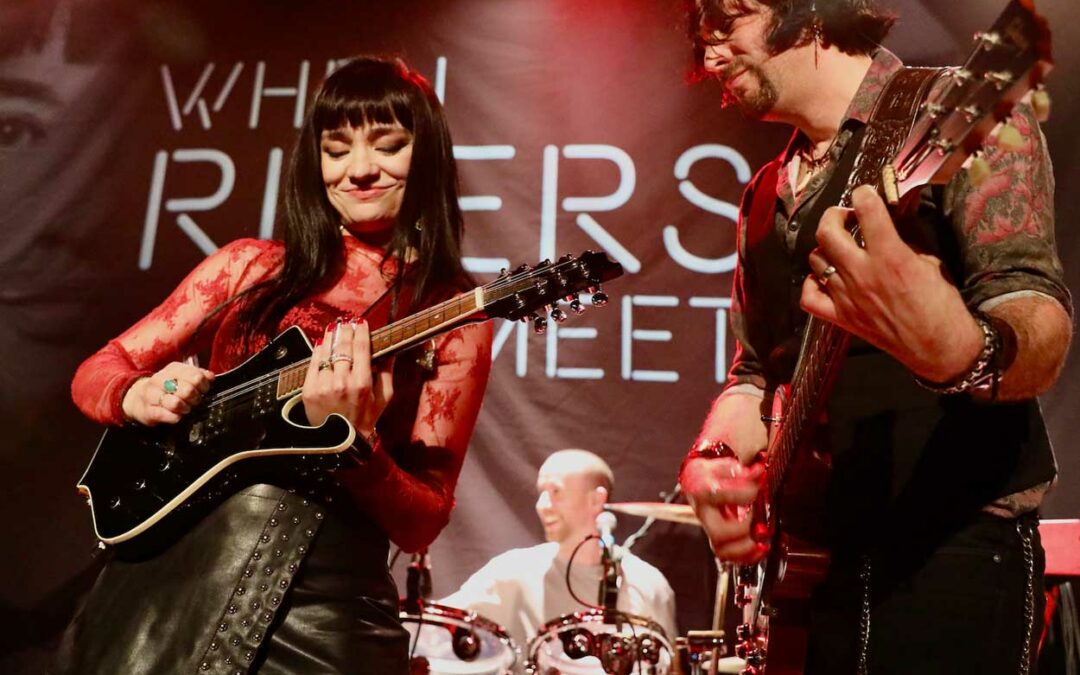 When Rivers Meet are pleased to announce the release of their live album, The Flying Free Tour Live on 29th July 2022. The live album will be released on CD, DVD, vinyl, and digital. The CD and DVD will include a 12-page collectible booklet. Pre-order the live album below.

The live album was taken from recordings and footage from three concerts during WRM’s 17-date April and May 2022 headline UK tour.

“Our first-ever headline tour was amazing,” says WRM’s lead singer Grace Bond. “We wanted to capture some of the incredible moments. We’ve always enjoyed listening to and watching live recordings, and it’s been a dream of ours to create our very own.”

The live album features songs taken from WRMs first two albums, We Fly Free and Saving Grace, plus songs from their two EPs, The Uprising, and Innocence of Youth. 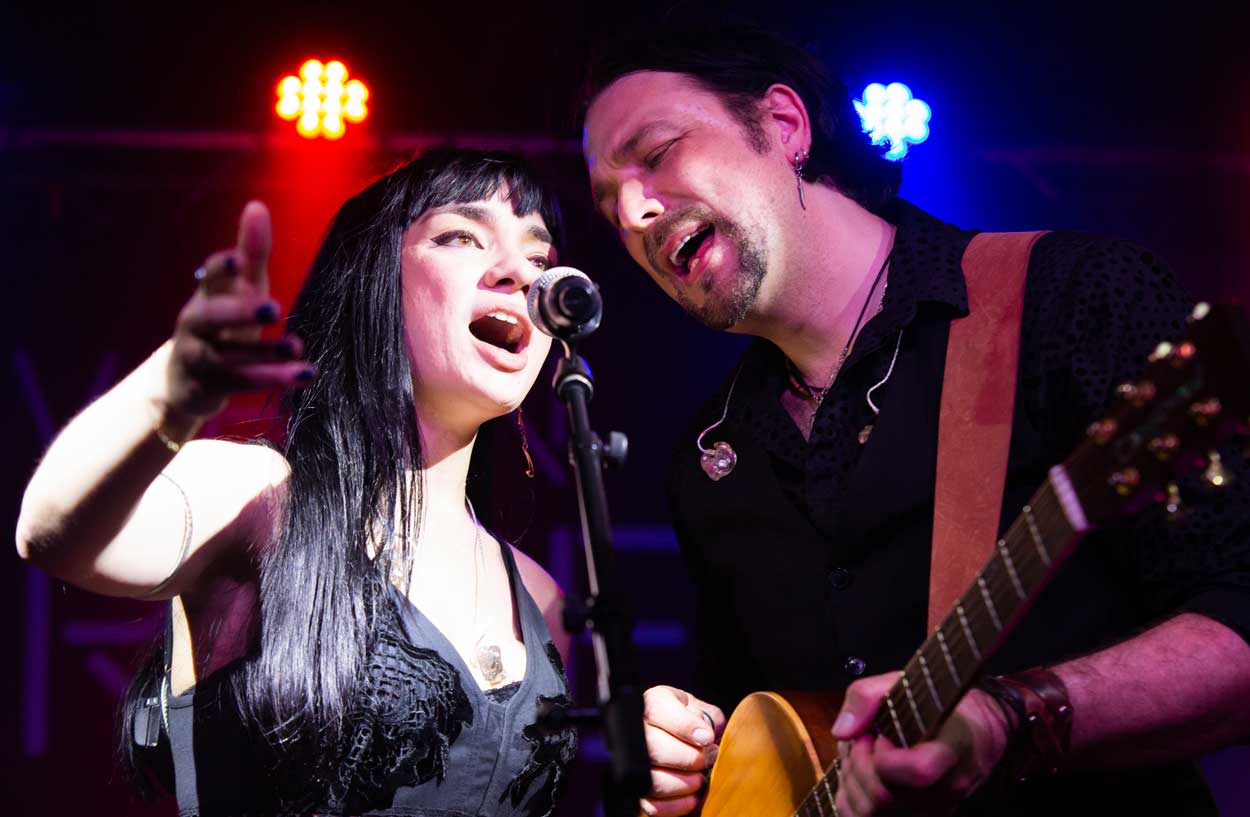 WRM’s special guest, Nati Dreddd, has been growing an army of global fans. In a quiet seaside town in the East of Scotland, 2021 saw her not only hit 2 million followers across social media platforms, but also hit the road supporting Tidelines and Newton Faulkner. After a successful run of livestream shows, Nati is looking forward hitting the road with When Rivers Meet.

In 2021, When Rivers Meet were the first band to win four UK Blues Awards including Blues Band of the Year, Blues Album of the Year (We Fly Free), Emerging Blues Artist of the Year, and Most Inspirational Online Performance of the Year. WRM were also won Best New Band at Planet Rock’s awards The Rocks. 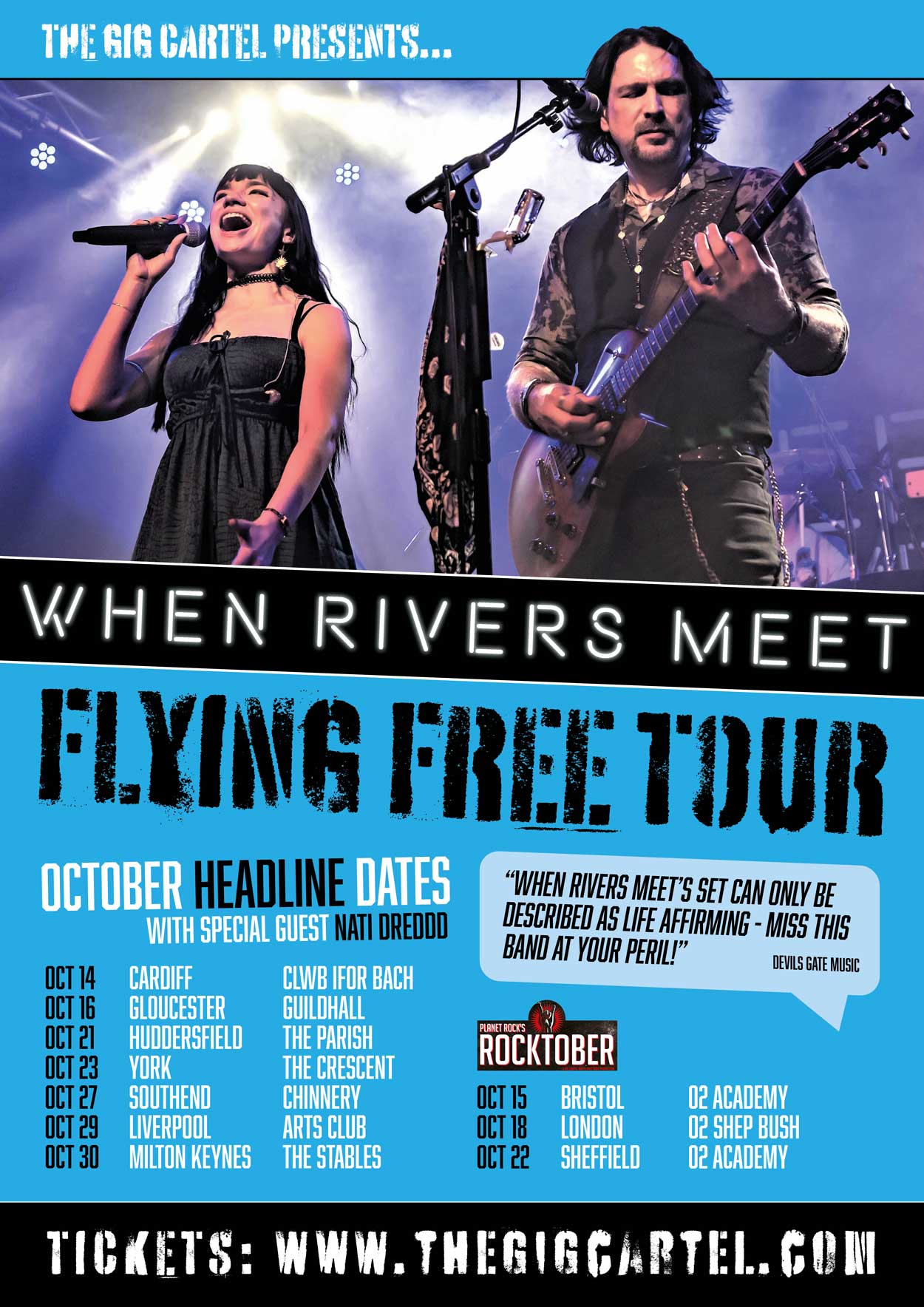