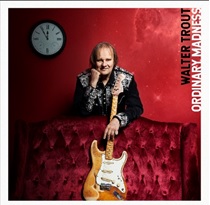 Walter Trout returns with his brand new studio album Ordinary Madness, which will be released on 28th August via Provogue.

For Walter Trout, there is no ‘us’ and ‘them’. Across his five-decade career, the great US bluesman’s music has always been a lifeline and call-to-arms, reminding listeners they are not alone. Now, as the world seeks solace from a tragedy that has touched us all, he comes armed with a boundary-exploring new studio album and eleven searingly honest songs that bring his fans even closer. “There’s a lot of extraordinary madness going on right now,” considers Trout, of the COVID-19 crisis. “This album started because I was dealing with the flaws and weakness inside me. But it ended up being about everyone.”

Ordinary Madness was completed mere days before the US shutdown, its cathartic songcraft and themes of shared troubles couldn’t chime better with a period in which our souls and spirits are under fire from tumultuous global events. 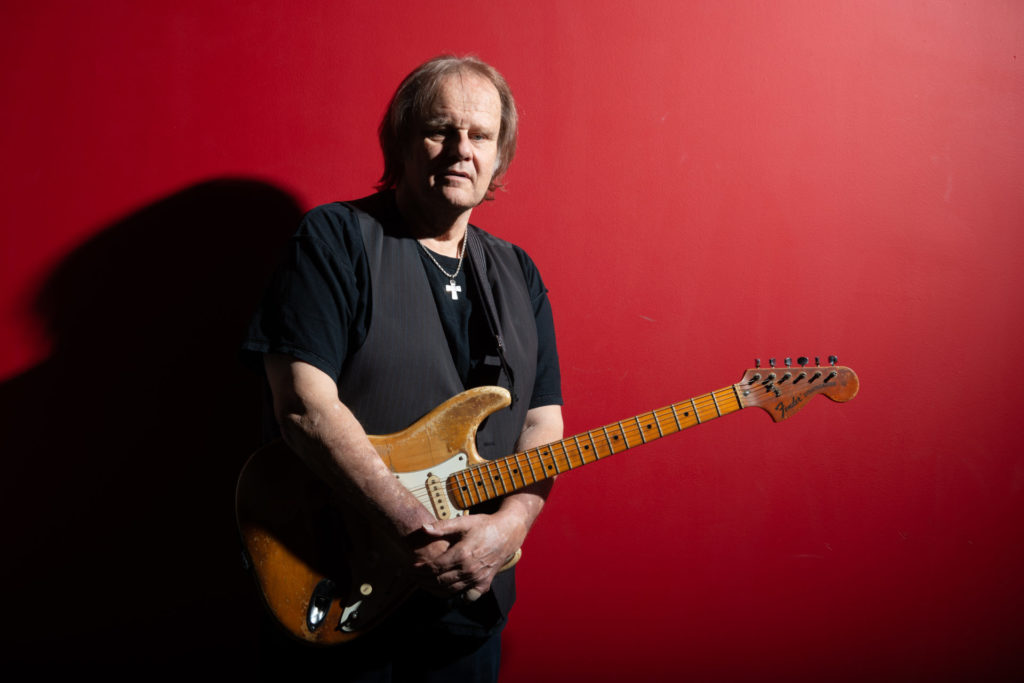 Admirably open about his troubled youth, and his own ongoing struggles with mental health, the bluesman had spent recent tours soothing himself by scribbling down his thoughts and feelings. It was only later he realised he’d just written the most honest lyric-sheet of his career – and felt he had an opportunity to let fans share and identify with him. “Everybody is dealing with something,” he says. “And I’m no different from anybody else. Ordinary Madness doesn’t mean you’re gonna end up in a mental institution. It’s just being human. It’s common humanity.”

Trout’s formative blues influences are well-documented, spanning from Paul Butterfield’s 1965 self-titled debut alongside Mike Bloomfield to John Mayall’s seminal 1966 ‘Beano’ LP with Eric Clapton. But as he cut his teeth in New Jersey, the young guitarist was also drawn to the maverick songwriters, taking in The Beatles, Dylan and Neil Young’s Crazy Horse. At every step of his career – moving to California in ’74 to back up giants like John Lee Hooker, joining Canned Heat and Mayall’s Bluesbreakers in the ’80s, then flying solo in 1989 – the stockpile of songs kept growing.

This time around, Trout is doing things a little differently. Led in by an electronic intro created by eldest son Jon Trout, the song sets off on a hypnotic groove with a gloriously languid guitar break that’s anything but autopilot blues. “I’ve broken the pinkie on my left hand three times in the past year,” remembers Trout, “so the guitar playing on this album took a little work, and there are some anger and frustration in some of the solos. I really like that solo on the title track. It took two or three re-takes. But I think I nailed it.”

“The whole place is full of vintage gear, and it’s all there for you, whatever you want. The keyboard that Ray Manzarek used in The Doors – it’s just fucking sitting there. I remember, on the rhythm track for OK Boomer, Michael Dumas, who runs the studio, comes walking in and says: ‘Here’s the SG that Robby used in The Doors – wanna try this?’ Then, for the rhythm guitar on Heartland, he says: ‘Here’s one of James Burton’s Paisley Telecasters…’”

Musically, Trout’s antennae are up, as he pushes the envelope on the psychedelic layered vocal harmonies of The Sun Is Going Down, a song about dealing with ageing. Lyrically, he says, “it’s about running out of time. You gotta look at death, deal with it, accept it. That’s a condition of being alive.”  The blissed-out anthemics of Up Above My Sky, nods to peak-period Pink Floyd and Trout worked with the US blues singer Teeny Tucker on the bereft All Out Of Tears – a tribute to her late son. On the haunting Heaven In Your Eyes, Walter was stunned by Marie Trout’s lyrics about the desperation of trying to find ways to reach the person you love but being unable to find the words.

“As the lyric says in Up Above My Sky,” he reflects, “sometimes you have to see through the darkness to find the light. I can’t wait to get back out there again, meet the people at shows, hug them and pose for a photo. And I’m really looking forward to playing these songs live. Because I think this album speaks to these times…”

The Passing of a Legend: Remembering PETE SARGEANT
Today the Blues world has not only lost one of it's mos...
Piano Blues Feature by Dom Pipkin
Piano Blues: Copenhagen meets the Crescent City by Dom ...
HOLY MOLY & THE CRACKERS, RUTH PATTERSON I’d Give It All - Redux
Released independently by Blank Studios, the word redux...
KING SOLOMON HICKS Announces Debut Album 'Harlem'
Following the announcement of his debut album Harlem, K...