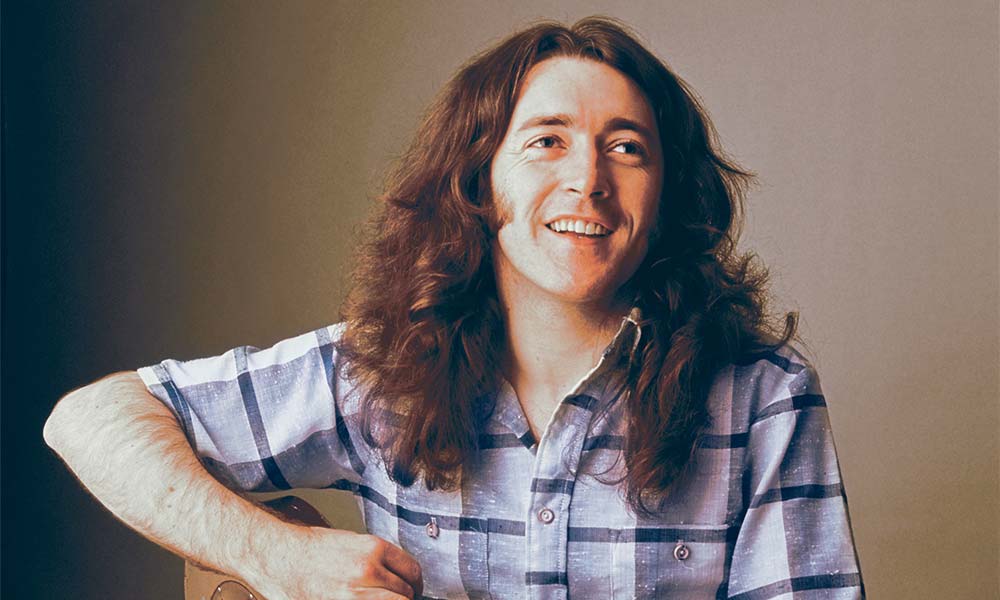 Sunday the 14th June, will mark the 25th anniversary of the passing of the late, lamented musician Rory Gallagher.

With the current lockdown restrictions, understandably, events have had to be curtailed for the occasion; with the postponement of the unveiling of a statue outside of the Ulster Hall in Belfast, and the annual Rory Gallagher four-day music festival, in Ballyshannon, Ireland plus other planned tribute shows.

However, like the musician’s own ability to improvise, the day will be marked by Rory followers around the world. WDR TV, in Germany, will be transmitting his many infamous Rockpalast performances and other European countries will be broadcasting Rory documentaries and concert programming.

On the 14th, Eagle Rock in partnership with YouTube will screen Rory’s performance with Taste at the Isle of Wight Festival in 1970 at 8:00 p.m. (BST) and in the build-up to that a streamed mini Rory festival will be taking place across Facebook and YouTube, starting at 5 pm, featuring a number of musicians who played with or are inspired by Rory.

Hot Press, Ireland’s premier music and cultural, magazine are producing a special edition to honour the occasion (released June 18th) and together with Fender Musical Instruments, they will host the opportunity for someone to win a Fender ‘Rory Gallagher’ replica Stratocaster. The publication will also feature contributions from Rory’s many admiring peers including new interviews with Slash, Johnny Marr, J Mascis amongst others.

2020 has already been a successful year for Rory’s legend, with the release of the ‘Check Shirt Wizard’ album (a live collection of Rory’s early 1977 UK performances), saw the artist return to the album charts, notably, claiming the No.1 spot in Billboard’s Blues chart for three consecutive weeks. “This is a crowning honour in celebrating my brother, in his anniversary year and especially an acknowledgement of his devoted following,” said Dónal Gallagher, Rory’s brother and manager.

At 8 pm the Taste Live At The Isle Of Wight 1970 concert can be streamed from –  www.youtube.com/user/eaglerocktv