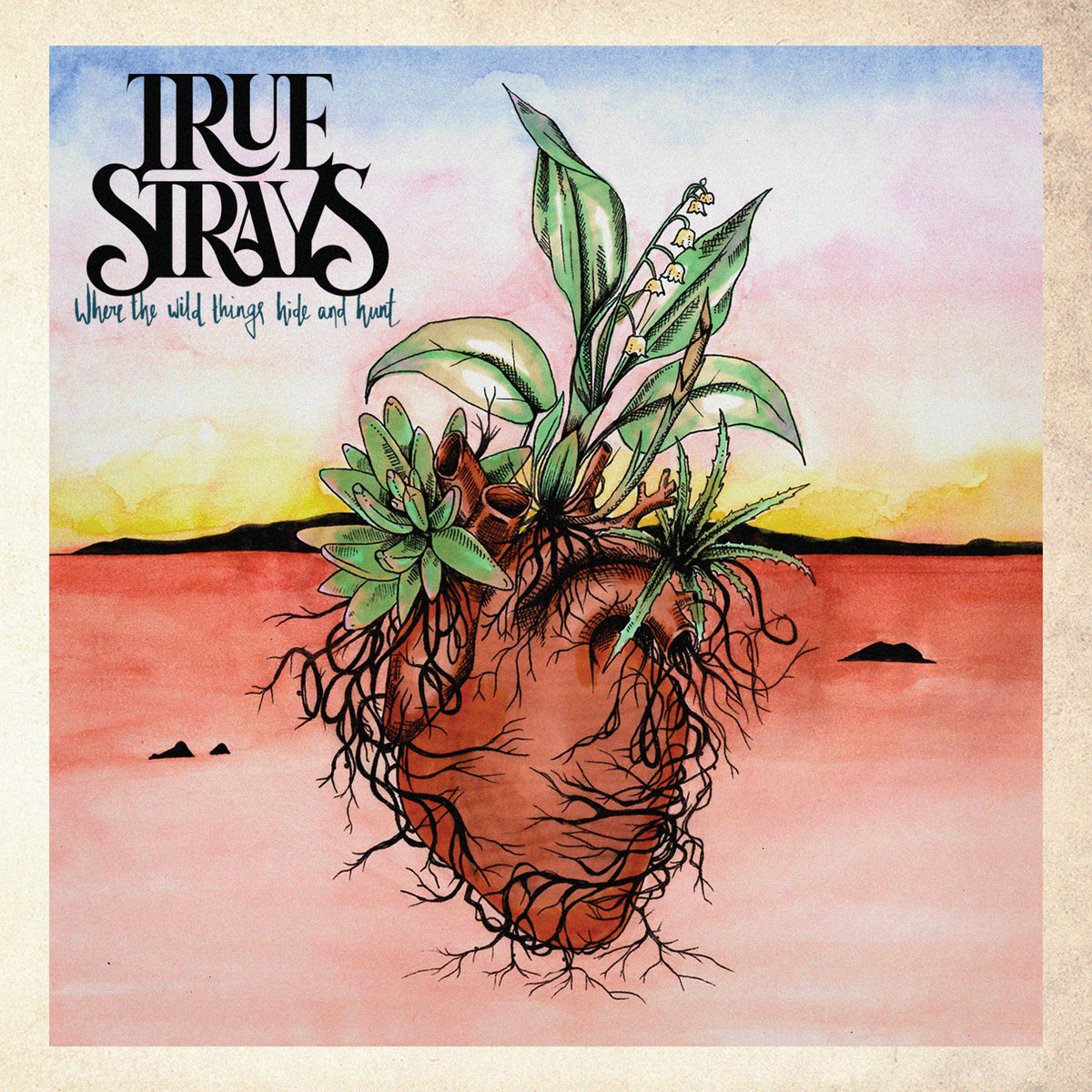 WHERE THE WILD THINGS HIDE AND HUNT

In an era of overproduced music, where slick production and session musicians prevail, it is a true joy to hear music that is played and produced just for the importance of the music itself.

This Bristol based trio seem to hark back to a much simpler age when getting your music heard was the most important thing.

The True Strays are James Cameron on guitar and vocals, Joe James on double bass and vocals, and Matt Cooke, on drums and vocals.

It’s one of the endearing features of this seven-track debut EP that their harmonies are so delightful to listen to, recalling some of the lighter West Coast sounds of the late sixties, early seventies.

The album opens with a toe-tapping, hip-shaking rocker, Oh My Love with smatterings of pacy slide guitar throughout, the kind of tempo that is guaranteed to get a crowd up dancing.

This is followed with a track that sounds at first very similar to the opener, pacy with heavy percussive action and seemingly frenzied slide but it rapidly develops into its own groove.

The tempo drops for the delightful Roll On, a song that brings the wide open road of the southern States to mind, the carefree attitude of the Easy Rider, a good song to hit the ears when driving.

Matt Schofield’s long-term Hammond organ player, Johnny Henderson, makes an appearance on the album’s best track Since I Was A Boy. This track mixes tempo between a slow, menacing blues only then to pick up speed in a cacophony of sound before returning to the slow Blues, time after time.

True Strays have had some highlights in 2017 and I trust that with the advent of this release, they will go onto better things in the future.

This is an album that offers a unique vista into a musical landscape that is rarely visited.