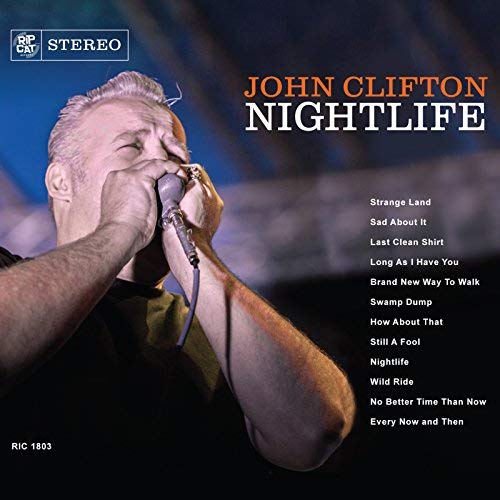 The John Clifton Blues Band are one of those utterly efficient hard-working outfits known throughout the US and Europe.

Clocking up 150 gigs per year they’ve toured and recorded with Muddy Waters’ son, Big Bill Morganfield and headlined on major Blues Festivals in the U.S., Europe, Fiji, and New Zealand.

This seven-man line-up presents some great and varied tracks here.

For example, a song you don’t hear much, Lieber & Stoller’s Last Clean Shirt, Muddy’s Still A Fool, and the title track, Nightlife gives you an impressive idea of what the band will be like live.

His harp playing is even better on the last song, Every Now and Then, a moody slow blues, and he also plays a mean guitar.

Albums like this serve to remind us just how vibrant and active the international blues scene is, so if John Clifton’s gigging in your neck of the woods, you’ll be in for a treat.