JETBONE Come Out And Play 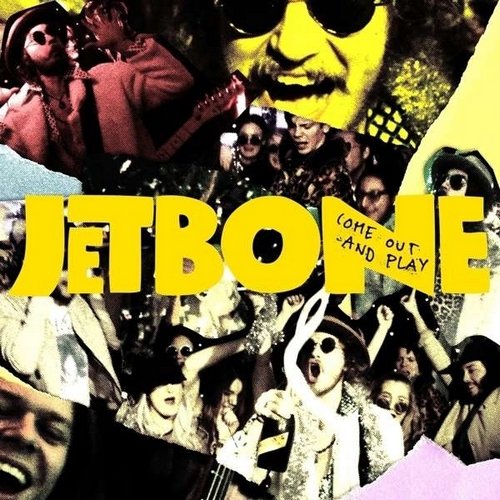 COME OUT AND PLAY

Jetbone, are a hard-working band of young men from Sundsvall in the north of Sweden, they formed in 2012 when Alin Riabouchkin Vocals/Guitar and Gustav “Gus” sjöden vocals/bass decided to start a band.

Having released two albums, 2017 saw the guys quit their day jobs and apartments said goodbye to their girlfriends and embarked on a 200 gig road trip while recording their third album.

The ambitious plan and hard work is serving them well as they have signed with BMG and have released the 3rd album, Come Out And Play which consists of ten tracks of Rock/Rock ‘n’ Roll with the emphasis of having a good time.

The title track and first single Come Out And Play starts the album with its indie rock groove, before taking us down a more funky road with Are You Ready.

A catchy rhythm drives the mid-tempo southern rocker It’s So Hard along nicely, lifting the tempo a bit more with the rockier Chickadee.

The ballad Road In The Sky is softly played with its piano and drum rhythm driving it along with a touch of acoustic guitar and soulful vocals.

Changing pace with the heavy grungy riff that powers Lady, she doesn’t care if you live or die, the drums drive Twisted Company with a good danceable beat making it a feel-good song.

Another good piano infused southern rock ballad in Not A Fool To Cry takes us to Do Not Hold Me Back with its foot stomping, toe-tapping rock ‘n’ roll grooves, finishing the album with Make This Song Together another feel-good track that will go down well live.

Running in at just under 40 minutes this album is enjoyable fun, there is a whole lot of influences throughout from well-known groups, from the stones to Skynyrd and beyond.

On the strength of this, I can’t wait to catch them live.