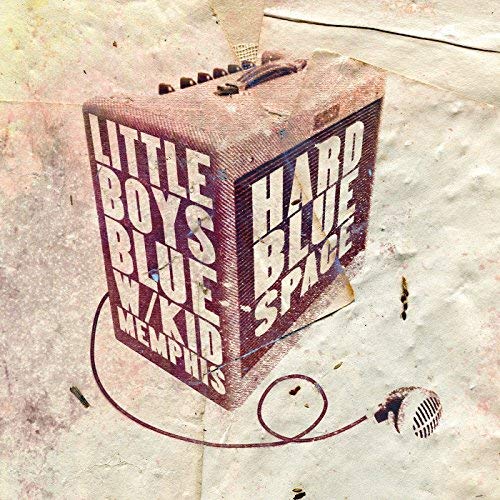 For an R’n’B band led by a harp player, Little Boys Blue have a remarkably mellow sound – don’t expect to hear JD Taylor start blowing up a typhoon anywhere on this album.

From Jackson, Tennessee, they have a soulful, understated style, at times lightly funky in the manner of Albert King’s Born Under A Bad Sign, and on early listens I wondered if they would ever find top gear.

But with repeated spins, I’ve begun to appreciate their subtlety more and more.

These ten tracks, all originals, begin to resonate for their unhurried musicality, for Taylor’s rich voice and phrasing, and especially for the guitar work on display throughout – sometimes playful, sometimes Peter-Green-fluid, I’m guessing it’s largely the work of special guest John Holiday, aka Kid Memphis, though there are also guitar credits for Alex Taylor and Andrew White.

Right from the start, on Six Foot Down, the control is evident in the steady backbeat, Taylor’s soulful singing, and the way they are slowly building a mounting pressure.

There’s a hint of Green Onions in the B3 of Dave Thomas on Loving Kind, and they show the ability to deliver something slower and more contemplative on Blues Bug, then a cool, measured strut on the edgier title track, with its neat, rolling guitar riff and warm piano.

They get more uptempo on Morning Train, with its subliminal air of It’s Your Voodoo Working, then toughen up on Cold Inside, with Mallard’s swinging bass bumping along.

Might As Well serves up a jump blues vibe with barrelhouse piano from Thomas and a call and response chorus from Taylor and the band, before Got A Mind Of Your Own dials up the funk.

If The Blues Start Calling is a slow shuffling groove, with gritty harp from Taylor and some tasty slide into the bargain, and the closing Going Back To Memphis is a more rootsy, chugging affair.

Hard Blue Space may not give you an adrenaline rush, but it does showcase a band entirely at ease, leaving each other lots of space to participate in a bluesy musical conversation.