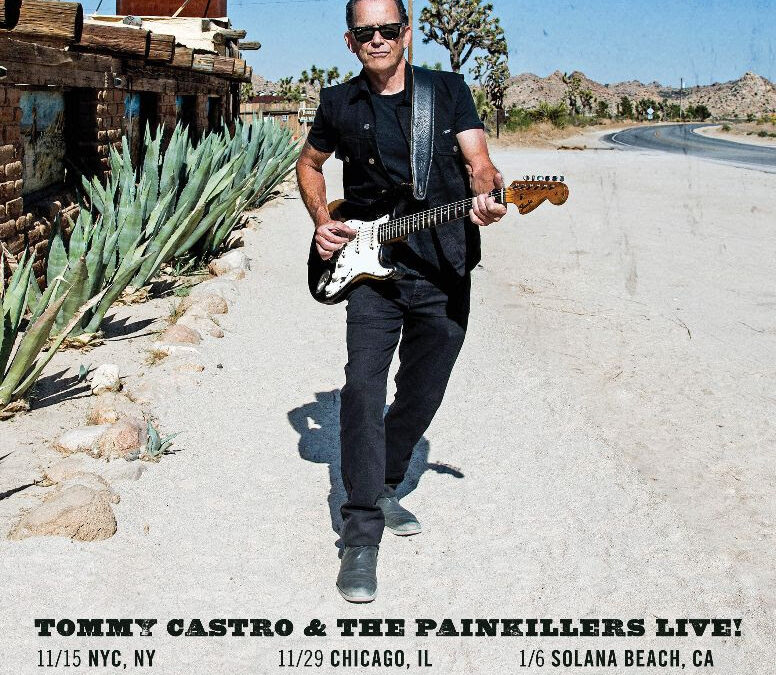 Internationally renowned guitarist, singer and songwriter Tommy Castro has premiered his new video of A Bluesman Came To Town, the title track from his dynamic, trailblazing new album. Released on September 17, Tommy Castro Presents A Bluesman Came To Town debuted at #2 on the Billboard Blues Chart and has been on the chart ever since. Since then, critics have agreed it’s among the best of his long career, and fans have been lining up to see Tommy and his band, The Painkillers, perform live all across the country.

Radio response to the new album has been equally enthusiastic. A Bluesman Came To Town currently sits at #1 on the Living Blues Radio Chart while the album’s first single, Somewhere, was the most played song at B.B. King’s Bluesville on SiriusXM. The album is also at or near the top of the radio charts in the UK, Australia and France.

Much of the video — produced by Castro’s son, Skyeler Williams and directed by Painkillers bassist Randy McDonald — was shot in in West Marin, California at the famed Rancho Nicasio roadhouse. It features Castro singing and playing guitar interspersed with images of legendary blues performers including Hound Dog Taylor and B.B. King. Talking about the song, Castro says, “Most musicians can point to a time when they saw or heard an artist that changed their life forever. I remember going to Elvin Bishop shows when I was young. He was one of the guys that inspired me the most, along with Taj Mahal, Johnny Winter and B.B. King.”