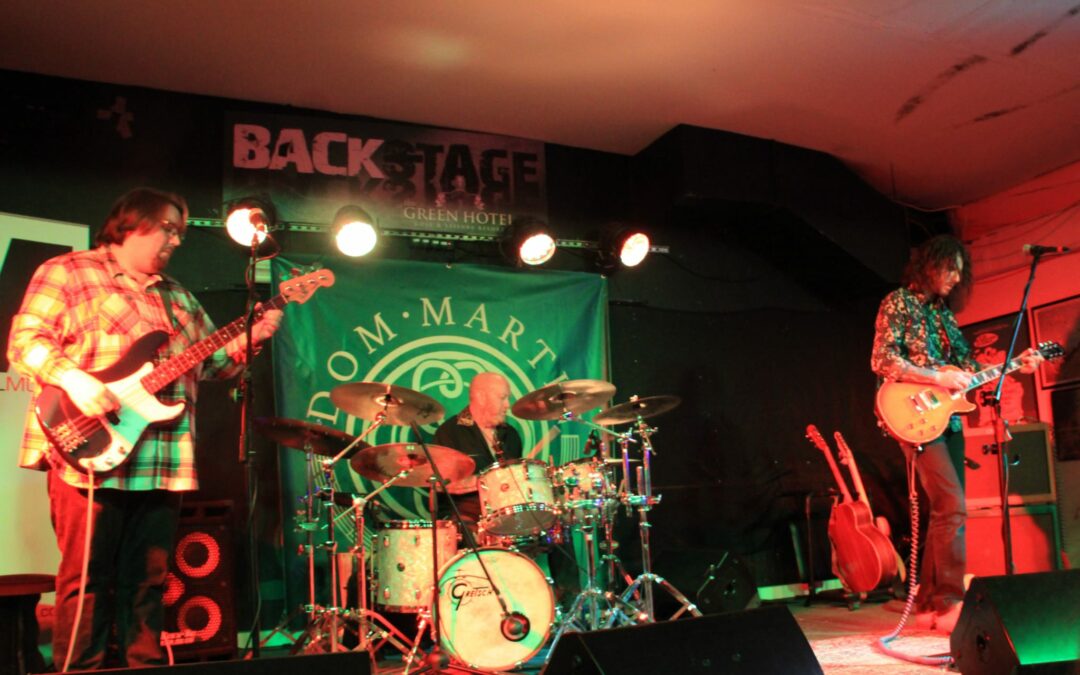 Small intimate venues do not get much better than the Backstage @ The Green at Kinross in Scotland run by the David Mundell. There is a cornucopia of memorabilia on the walls including tour posters, signed guitars, such is the enthusiasm of keeping this venue going especially after the trials and uncertainties of the pandemic affecting live music venues. There is an article relating to Manager David Mundell in the next Blues Matters edition, so subscribers can read more about this venture and the venue. The venue holds over 120 people with room to stand at back, sound and lighting is moody and reflective of tonight’s main attraction the Dom Martin Band. Quite justifiably Dom is getting more recognition as a musical artist, singer songwriter and consummate guitarist. Here he came on stage with a swagger and the night was full of humour and the Irish craic in liberal doses, certainly the crowd anticipation level was palpable. He introduced himself and talked about his upbringing in Belfast and what made him become a musician, he owes a lot to his father, Dom says music is his best prescription and those who know his music style and lyrics can really identify with these sentiments.

He just has a charisma, which draws the crowd in with what he is singing and playing and makes the attendee feel he is talking straight to them. Armed with his guitar, Dom started with Spain To Italy and interwove pattern of guitar skills effortlessly. His vocal delivery throughout is haunting and ethereal. No breaks, straight into the spellbinding shades of styles on Luca with a crescendo, just superb playing and vocals. Echoes was the next tune, similarly evocative of feelings, a great soundscape. This will be on his next album. His last solo song was the amazing tones of Easy Way Out which got a rapturous ovation from the listening crowd. Then the band entered, bass guitarist Dave Thompson and drummer Laurence McKeown adding fuel to the blues infused fire, playing songs from Dom’s solo album and band release, Live At The Harlington album. They started slowly with a song from forthcoming album, The Man From Nowhere. Mercy was delivered to perfection with the rhythm section really adding a different dimension to the song. This noted through Hell For You and the mesmeric The Rain Came which is his most requested tune, easy to see why. Dealer was the last tune of first set and there was a short break.

This was the final gig of his tour, nine in ten days but the band gave everything to this performance and with every song the quality was just getting better. Second set saw Dom play electric and what a set it became. Starting with Maxwell Shuffle with intricate guitar playing and Dom even went off stage to duel with his bassman, likewise Dixie Black Hand was delivered to perfection. Blues On The Bay next added a slow tempo before the band was really getting started to rock things up. Yes, Rory Gallagher was always a constant in Dom’s life and his interpretations of Rory’s songs and guitar styles are highly evocative of a bygone era, but he just nails it, close your eyes and he is there, many guitarists try and copy the licks, image, and style; Dom doesn’t have to, he just personifies genius! Rory would have been proud of him tonight especially with the encore. Anyway, the band got to grips with a stunning rendition of Railway And Gun, then finished with the bluesy Drink In Blue Colours to a spellbound audience.

They went off stage briefly then gave the best encore this reviewer has heard for many a year, this is why we love live music it just evokes such memories, connection between artist and band and it’s all about the music. Suffice to say throughout the trios’ takes to Laundromat, Morning Sun and What’s Going On it just put a big smile on this reviewers, and assembled attendee faces. The interplay of the band was amazing, the rhythms and tones sublime all that the blues rock genre should be and more! A highly charged powerful set that just got better with every song leaving the crowd wanting more but fully satiated. Live music does not get better than this. Catch them while you can, the alchemist Dom puts the chemistry of the band together and there is just such a happy feeling in the venue throughout, people knowing they just witnessed a phenomenal concert. A superb night’s entertainment, an emotional roller coaster of emotions, great tracks catch them when you can, an excellent event. 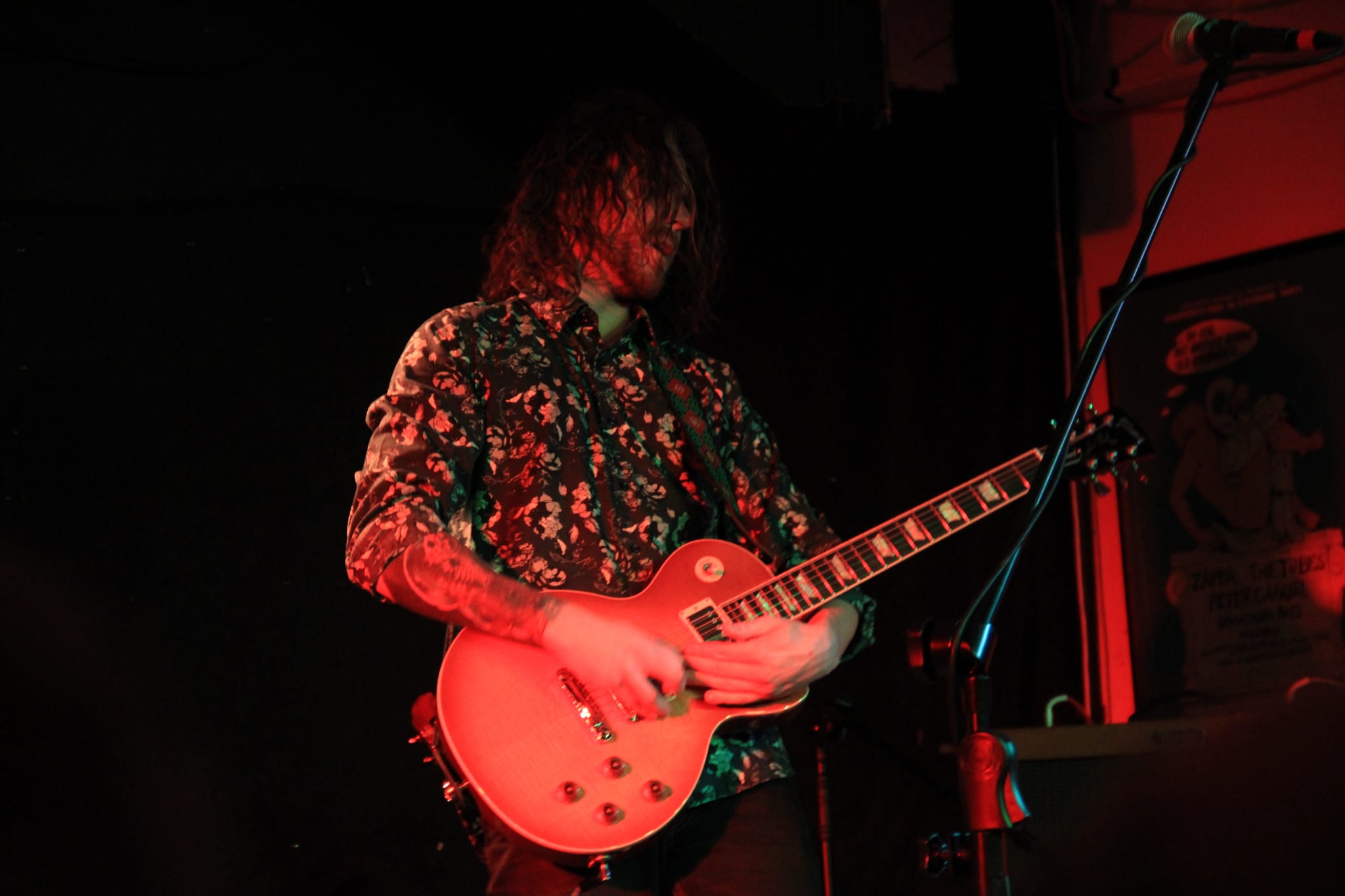