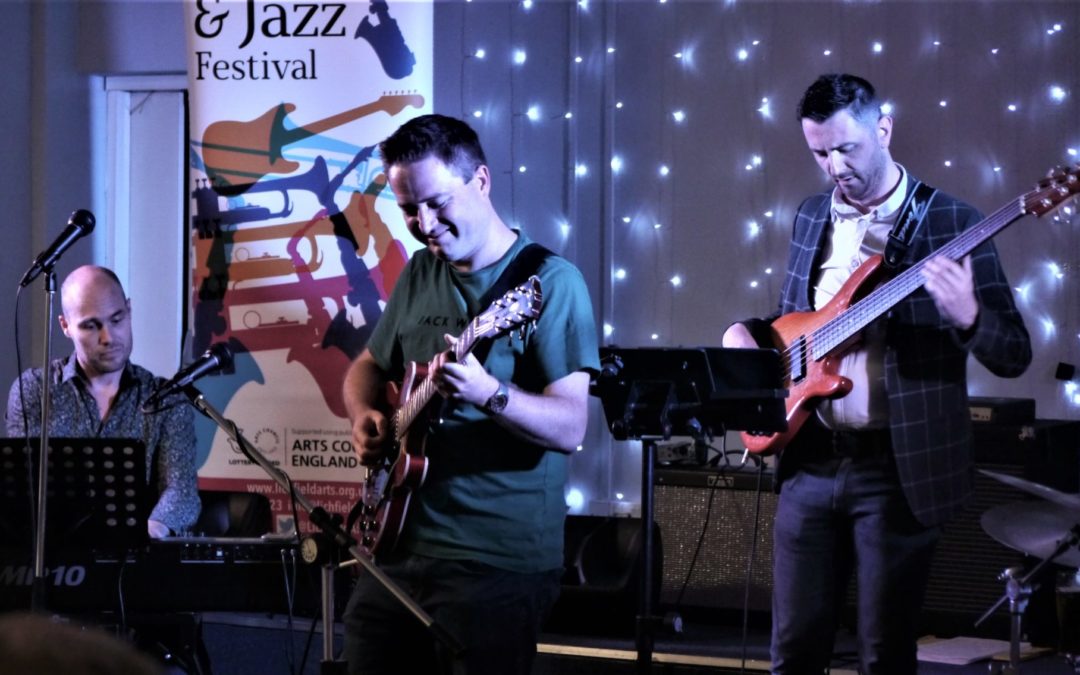 Respecting all of the safety measures, of masks, and social distancing, the audience was by necessity a lot smaller than it would have been only a year ago, but the group played well, tackling a series of well chosen standards, and some of Nick’s own compositions. 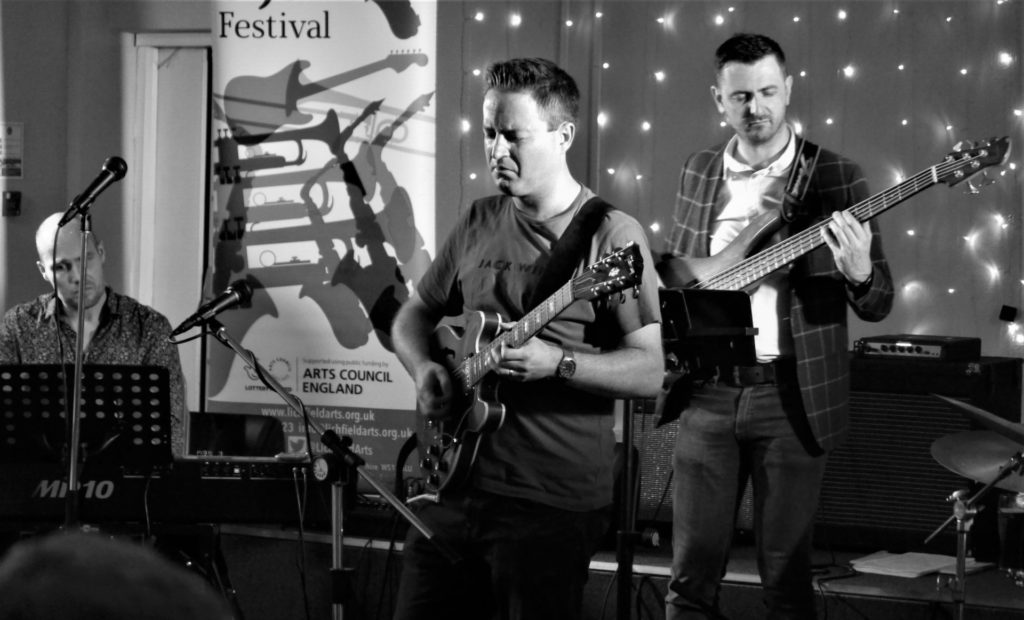 They started proceedings with Without a Song, the expansive setting of the piano, and sympathetic bass and drums gave Nick a broad canvas to play over. Love for Sale was also well played, with a much more rock based arrangement, owing as much to soul and the blues as it would to jazz. The original Stuck in Spain took inspiration from both Covid 19, and Chick Corea, with some fine piano accompaniment. Nick changed to guitar the standard Misty, a slower ballad with filigree playing throughout. 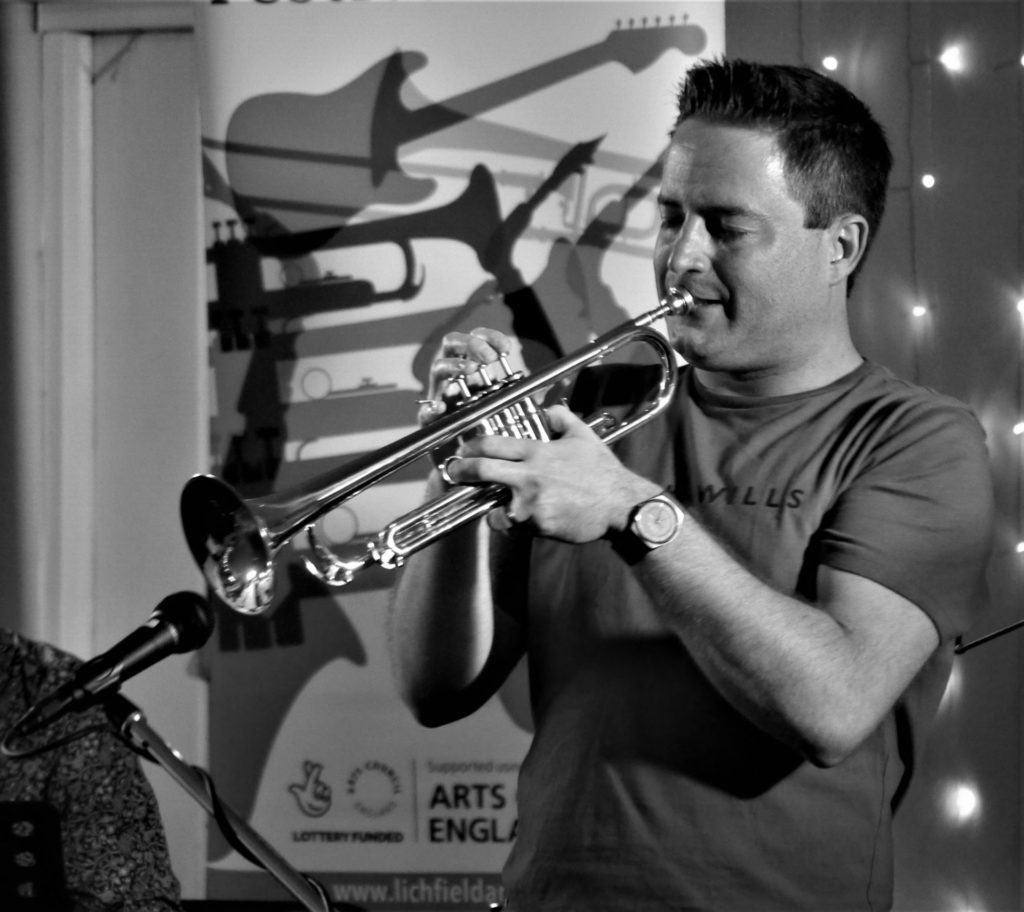 The second set started with the sonic excursions of Blues for Dave, allowing for some fine soloing from all members, with Nick sounding like both Jon Scofield and Jeff Beck during his guitar solo. Another original, Fusion Line was also well played, the changing time signature and catchy trumpet parts adding a lot to the sound mix, whilst the near ten minute cover of Herbie Hancock’s Cantaloupe Island took the familiar piece into new sonic territory, with exciting soloing from all of the group members.

Although many music fans will have found the attractions of live streaming during Lockdown, this concert was a reminder of how much difference a live band and an audience makes to the enjoyment of music, albeit socially distanced, and talking through masks.