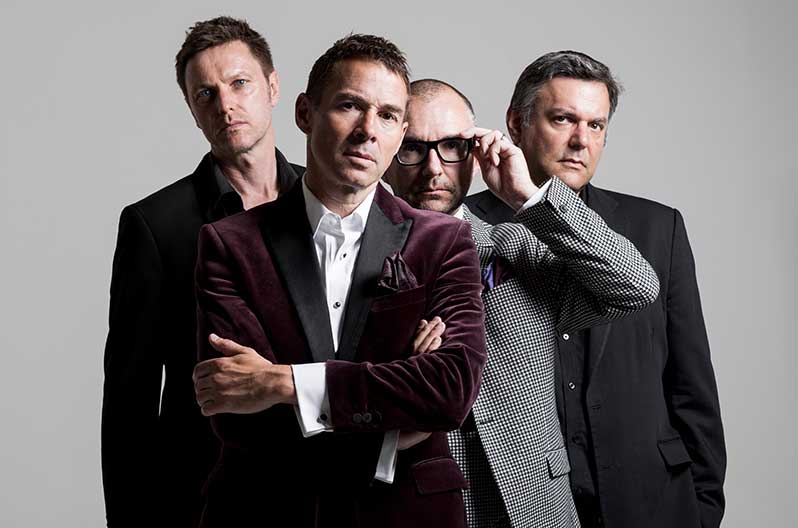 Spin The Bottle is the stunning new album from London-based four-piece rock and blues band The Milk Men, a supergroup made up of the cream of UK blues rock talent.

Released Friday 9 September 2022, you can pre-order the album below.

The first single from the album, entitled Go Go Baby, is released Wednesday 15 June 2022. The single is available to stream and buy below.

“Go Go Baby is pure Milk Men,” says The Milk Men’s co-founder and lead guitarist singer Adam Norsworthy. “We love short, sharp, snappy rock songs that you can sing along to instantly, and the energy and dynamic in the song reflects what we do on stage The song is full of life and energy and fun, and so are we!”

The Milk Men, who have made three previous, highly acclaimed albums recorded in the picturesque Surrey countryside at Masterlink Studio. The band enlisted the talents of blues rock production legend Wayne Proctor, who has worked with a dazzling array of well-known names from the UK’s music scene, including King King, Ben Poole, and British rock legend Ray Davies from The Kinks.

Proctor co-produced the album with Adam Norsworthy. This team was a match made in heaven, and one that has made a number of critically acclaimed albums together.

The band’s previous album, Deliverance, was released just as the COVID lockdown was enforced, so the band was unable to tour the songs as planned. Instead, they set about building their fan base with videos and single releases that saw their online following increase ten-fold. As a result, Spin The Bottle is now one of the most eagerly anticipated blues rock releases of the year. 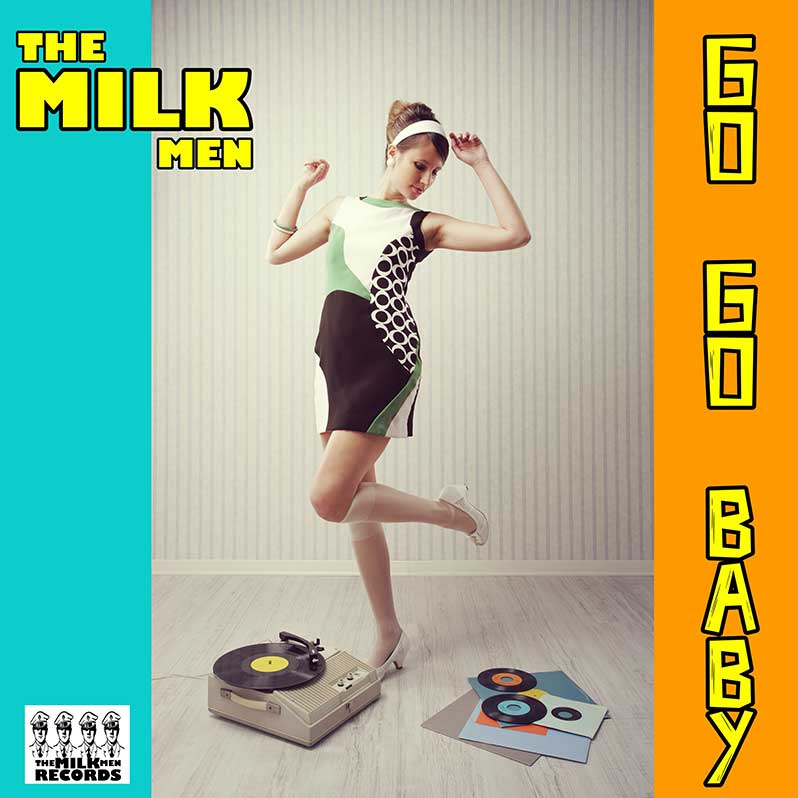 “We wanted to really get this one right,” says Adam. We know a lot of people are keen to hear it, so for it we have used a number of great studios and production talents to help us put it together.”

The album was recorded by James Welch at Masterlink Studios in Surrey, and then the tracks were handed over to Adam and Wayne who set about creating a tight, exciting live sound that reflected the band’s incredibly dynamic and popular live shows.

“It was important it sounded like us – no frills and tricks,” adds singer Jamie Smy. “Our live shows are so well received that we wanted to capture all the things we do best on this album. We have a real momentum behind us. It’s important that we capitalise on that with Spin The Bottle.”

Jamie and Adam are best friends who met at school when they were eleven. They have been in many bands together over the years, but it wasn’t until they both developed a deep love of the blues in their late teens, the idea for a powerful, dynamic blues band playing catchy songs took shape.

Although Adam formed The Mustangs – four-time British Blues award nominees and UK music scene veterans, he and Jamie eventually formed The Milk Men and were joined by Mike Roberts, who drummed with the legendary Pirates, and Lloyd Green on bass – son of British R’n’B guitar legend Mick Green.

This mix of talents and personalities has proved irresistible to the band’s ever-growing following. Jamie’s husky blues voice is reminiscent of Rod Stewart in his prime, he prances and preens about the stage like a man born to it. Shades of Freddie Mercury, Bon Scott, Lee Brilleaux and Fish all come into his performance, but with Jamie’s extra spoonful of humour and wit, there is no one quite like him. 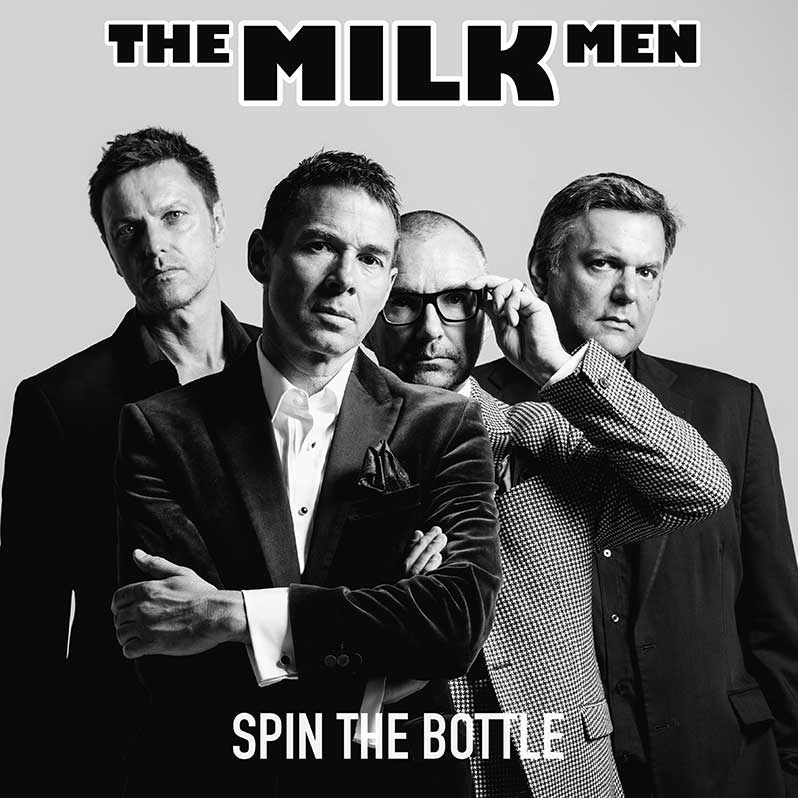 Mike’s powerful drumming comes from a jazz background, and he brings with it a loveable, playful personality that comes out in his stage presence. He is also fast-becoming known as the best-dressed player on the circuit – always immaculately dressed from head to toe in fine suits. An homage to Charlie Watts perhaps?

With a music legend as a father, it would be easy for Lloyd Green to shy away from the stage, but with his beautiful bass playing – eloquent, lyrical, funky, and powerful, quite the opposite is true. He is the band’s secret weapon – crafting beautiful bass lines and performing them with an imposing, impressive stage presence that perfectly balances out Adam on the other side of Jamie.

A well-known veteran of the UK blues rock scene, guitarist Adam is the perfect foil to singer Jamie. The pair’s stage dynamic is electric, with Adam firing of live-wire solos you can sing along to, whilst his smooth tenor backing vocals blend perfectly with Jamie’s husky voice to create big harmonies in even bigger choruses.

And now, on Spin The Bottle, all the band’s talents come together to create their finest album yet. That’s a big statement, especially as their second album Gold Top hailed by many as a blues rock classic, and Deliverance reached the national Top 40 and got to number #9 on the UK Blues Chart. The band are confident that Spin The Bottle will eclipse the reputations of their previous three albums.

“This is a blues rock Thriller, or Rumours,” says Lloyd. “There’s no filler on here – the quality is there from the first note to the last. We felt we could have released any number of tracks as singles. It’s great to know that people will be humming along to every track, because the album is just full of hooks.”

The band’s philosophy is to deliver quality music, on stage and off, whilst letting people know you are having fun. That infectious attitude is all over Spin The Bottle from the big beats of first single Go Go Baby, to the bouncy groove and Elvis-inspired hooks of Fabulous. The band wears their influences on their sleeve, then rolls them up and gets on with delivering an album and live show that is somehow completely unique and unforgettable. “The best band we have ever had here” or “The most fun night we’ve had in ages” are becoming familiar end-of-the-night tributes at Milk Men gigs.

Why not Spin The Bottle yourself, and put some milk in your music? The best blues rock album of 2022 is on its way! Get ready for the Milk Men’s full-phat, gold-topped music delivered in style!