THE LAST INTERNATIONALE Soul On Fire 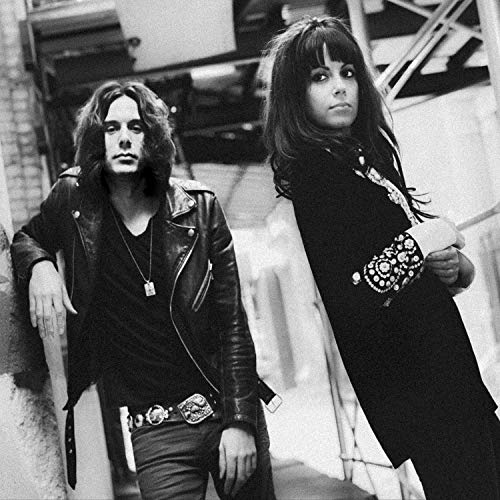 New York Blues-Punk-Rockers The Last Internationale have returned with their sophomore album, Soul On Fire. Written in the aftermath of a truly tumultuous point in their lives and careers, Delila Paz (bass and vocals), and Edgey Pires (guitar) cite Tom Morello as giving them the strength and the guidance to continue and produce this incredibly energetic album.

Known for their incredible live performances, this album really captures that sound and makes you feel like you’re in the room with the band as they’re blasting out song after song. Opening on a hard and heavy intro that gives you a clue as to what is about to come, it segues into Hard Times, with its psychedelic soul-infused blues-rock rhythms and melodies. Delila’s vocals are positively smoking with energy. Turning things up a notch, Mind Ain’t Free bursts through the speakers with its fat sound, rolling along with a touch of gritty funk.

As the album expands, the energy keeps flowing. Try Me really shows off the band’s influences, while Tempest Blues, has all the verve a classic blues rocker brought into the 21st century. Freak Revolution slithers its way into your consciousness as the album tips over the mid-point. Soul on Fire takes things down a notch, opening with an isolated piano and vocal, this song really shows off Delila’s vocal prowess.

Modern Man echoes the early Delta blues in a uniquely contemporary package. Rounding out the album is the dark and broody Need Somebody, the bombastic Hit Em With Your Blues, and the anthemic 5th World before closing on the Outro.

Intense and provocative, Soul On Fire makes for a powerful album. It is easy to understand why the band are referred to as Punk Blues. Self-produced, Soul on Fire was overseen by executive producer Tom Morello and features Joey Castillo of Queens of the Stone Age on drums. If you like your blues-rock to be raw and edgy with the ability to grab you by the seat of your pants, then this is the album for you!