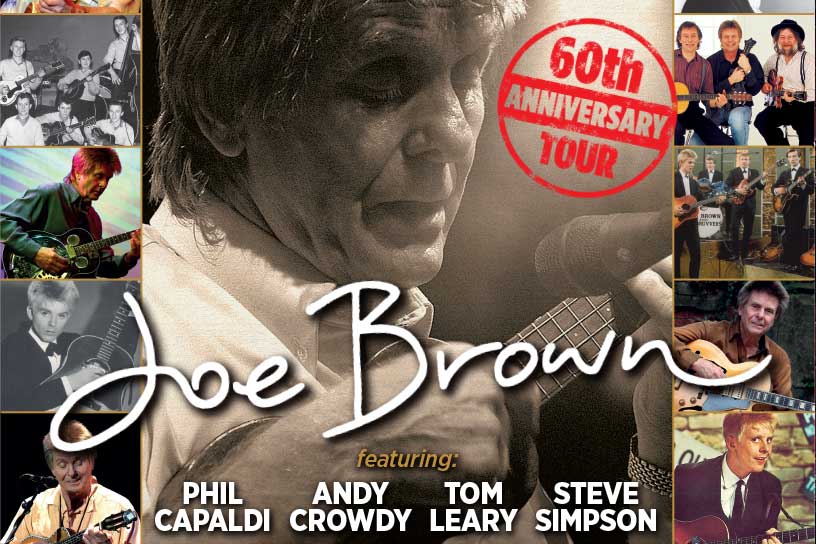 Joe Brown is a hugely important, significant musician in the UK, having worked at the very top of the musical world for over sixty years, gaining countless plaudits and in general being viewed very much a musician’s musician. As a youngster, Brown worked alongside the likes of Gene Vincent and Eddie Cochrane, Johnny Cash, Dion, the Beatles and Del Shannon, successfully forging a place for himself in a newly exploding rock’n’roll world. Already a chart-topping hit artist by 1962, Brown set the bar for many who followed.

Now, after a near-lifetime recording and touring, Brown has released a truly remarkable six-disc compilation celebration set that comes with a hard-back book outlining the guy’s history, experience and personal musical legacy.

Brown is known for his close personal relationship with many UK greats including the late, ex-Beatle guitarist George Harrison. This compilation includes a number of cuts taken from his work with Harrison and also features Brown’s offerings from the late 1950s through to the most recent past and the present.

Kicking off as skiffle player in 1950s Britain, Brown moved quickly into the nascent rock world with absolute ease, a move that quite literally made him nothing short of an overnight sensation in Europe.  Often known as a ‘cheeky Cockney,’ Brown flirted with both television and movie life but always with limited success and returning to his work as a musician. A genuinely remarkably talented guitarist, he is equally at ease with ukulele, banjo or mandolin, and a voice that ripples and rasps in turns.