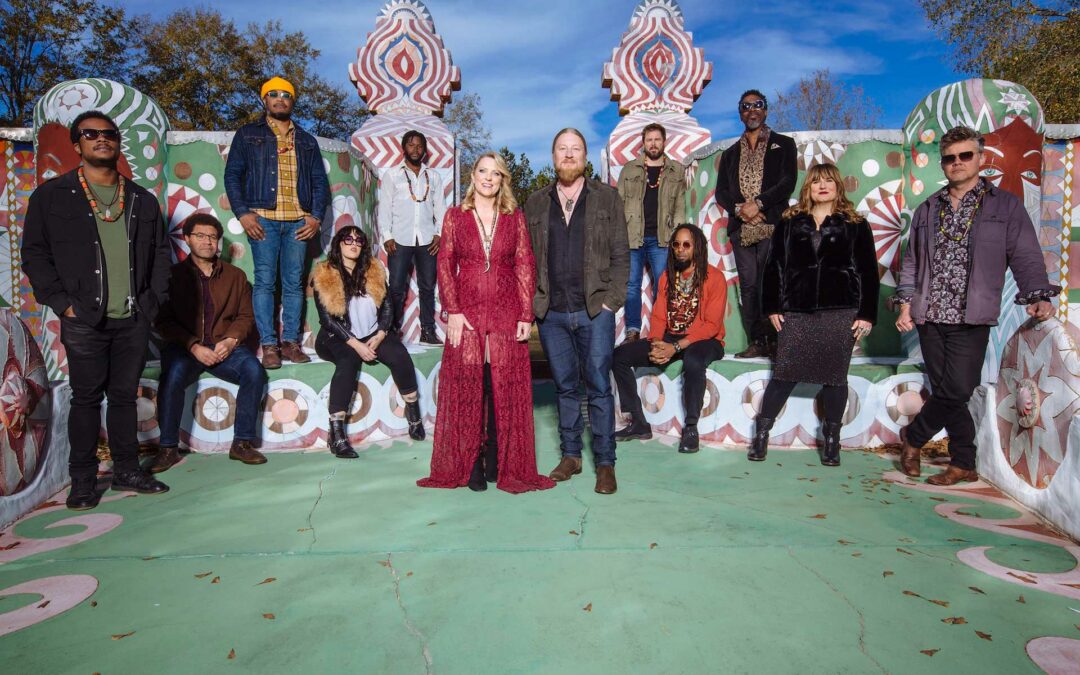 LIVE AT THE LONDON PALLADIUM

The London Palladium, along with The Royal Albert Hall are two of the most iconic venues in the world, not just in England. The Palladium seats around 2,330 people, a perfect size, in my opinion. The history of the building and the stars that have appeared on its hallowed stage are the stuff of legend. The likes of, Nat King Cole, Bob Hope, and Laurel and Hardy have all been on this stage, so you can understand the measure to which this venue is held. The London Palladium oozes class, it has a certain je ne sais quoi. Tedeschi Trucks took to the stage at eight, a magnificent-looking 12-piece band complete with two drummers.

They played a lot of new tunes from their four-album release I Am The Moon series, as well as tunes from their amazing back catalogue. Susan Tedeschi has the voice of an angel, so soulful and bluesy, Derek Trucks, the master of slide guitar. The opening tune was, however, not one of theirs, it was I’ve Got A Feeling, by some band called The Beatles. Songs such as Gravity, Take Me As I Am, and Where Are My Friends, proved beyond doubt that Tedeschi Trucks are the best blues/soul band around at the moment. The added splendour of the auditorium only went to highlight what a treat the audience was witnessing.

If that were not enough to bring joy to the audience, the keyboard player then appeared on drums, and the drummer appeared playing guitar and singing. Now that is what I call talented musicians. After an interval of half an hour, the band returned to the stage for another set lasting until eleven. Just before the encores, of which there were two, Tedeschi Trucks belted out How Blue Can You Get, I’m certain that B B King would be looking down and smiling. I’ve seen them perform this on YouTube and heard them do it on an album, but nothing that could match the overwhelming emotions that came from watching them perform it live. I Had to stop taking notes after that, It didn’t seem appropriate. I’d witnessed something close to biblical. If you have not seen these guys before, make it a priority, just thank me later.