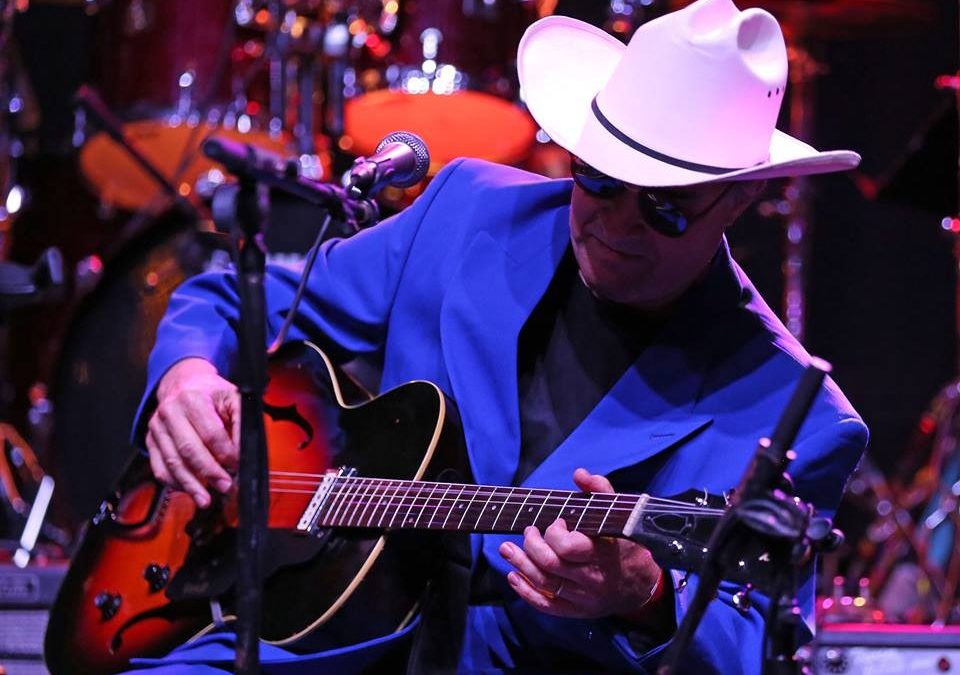 Sunny Lowdown’s first release was entitled “The Blues, Volume Low”, and that remains his approach to the blues on this latest release, “Shady Deal”, a follow-up to his Blues Blast Music Award-nominated “Down Loaded”.

He takes his time and doesn’t hit you over the head. His power is in his tone and phrasing. You might call it a Clint Eastwood approach. No screaming – just a quiet “make my day” that sends chills up your spine.

From his swampy reworking of The Rolling Stones‘ “Satisfaction” to his stark “Christmas Eve Blues”, to the romantic “Tried And True” and the hilarious whims of “Clip On Man Bun Blues”, to the wild textures of “Chicken In A Basket” performed with The Uptown Food Syndicate, Sunny is his own man, giving you his own take on a world we all struggle with day to day.

Before acquiring the nickname “Sunny Lowdown”, Sunny had achieved renown as Louie X. Erlanger, guitarist for the group Mink DeVille, during which time Mick Jagger had called him one of his favourite guitarists.

His guitar playing can be heard in many feature films, including “Breathless”, “Pope of Greenwich Village”, “In The Land of Women”, “Blue Collar” and the recent popular Showtime TV series “Billions”.

Released on the CoolStreme label.

Shady Deal is a follow-up album to the 2017 release Down Loaded. Now when you open an album with a cover of an iconic song such as Satisfaction, then you need to make it count.

This version is as far away from the original as you can imagine. Delivered in a slowed-down blues style this is a terrific opener to the album.

In total there are eleven tracks on the album six of which are original songs. Christmas Eve Blues being one of the originals. If you wanted to get close to Charley Patton, Son House and Robert Johnson then this is the tune for you. Acoustic blues, melancholy lyrics and understated vocals are just a joy to behold. Throw in deep meaningful guitar and you have the whole package.

Two songs in and I’m already in love with this album. Sad Letter is a version of a song originally done by Muddy Waters, but once again Lowdown puts his own stamp so firmly all over this.

It’s clear to me that having played with such icons as Pinetop Perkins and Hubert Sumlin then Lowdown has become a blues artist with his own identity because he understands so well the structure and the feel of blues music. Lightnin’ Hop is a lovely instrumental that pretty much says it all in the title. With the focus primarily on Lowdown, the guy’s around him have the space to provide the perfect back-up to him.

Clip On Man Bun Blues is not a title that rolls off the tongue easily. Who’d have thought a title like that would fit so well into a blues song? This is the genius of a guy that has blues running through his veins.

Chicken In A Basket ends what is a stunning album. I cannot find anything I don’t like about this artist or his music. Therefore, it would be remiss of me to try and pick out a favourite track. The whole album is so good.

Get this into your collection. You won’t be disappointed.