ROOMFUL OF BLUES – In A Roomful Of Blues 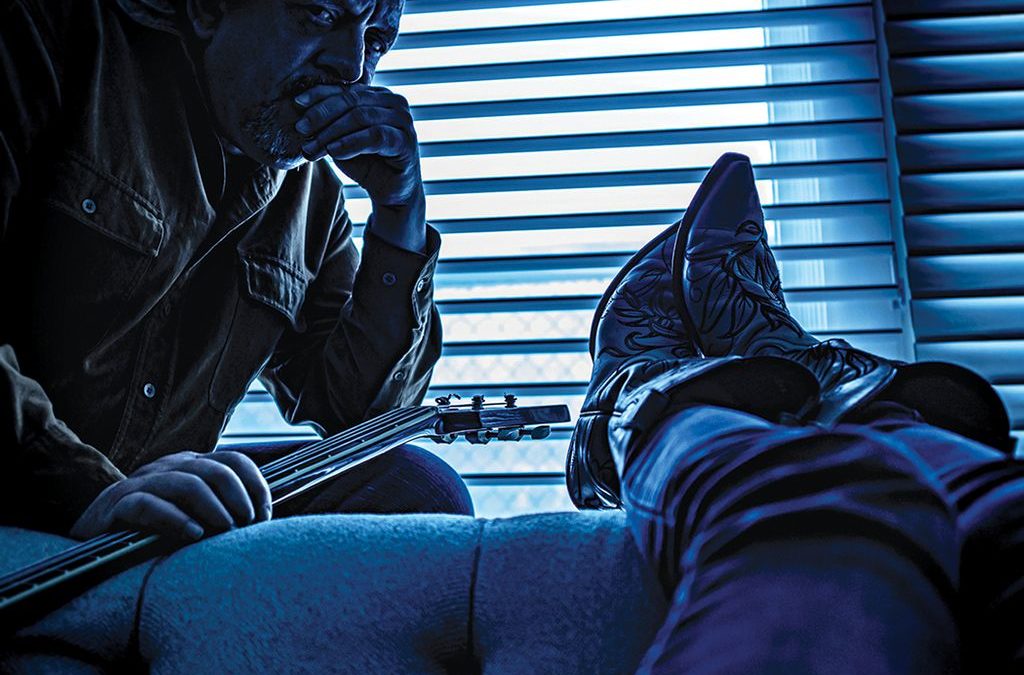 Roomful of Blues, the world-renowned, horn-powered, house-rocking blues band, will release In A Roomful Of Blues on Friday, 13th March 2020, on Alligator Records. The Rhode Island-based group have been delighting audiences for over 50 years. Blues Music Magazine calls them “the best little big band in the blues.”

In A Roomful Of Blues, the band’s fifth release on Alligator (and 19th overall), was produced by guitarist and bandleader Chris Vachon and features 13 wide-ranging songs, including nine band-composed originals – more than on any previous Roomful album.

Eight songs were written or co-written by Vachon (including one authored with vocalist Phil Pemberton) plus one each by sax player Alek Razdan and keyboardist Rusty Scott. From the rocking We’d Have A Love Sublime to the funkified, You Move Me to the closing-time lament She Quit Me Again to the up-to-the-minute Phone Zombies, In A Roomful Of Blues is filled with soaring blues, zydeco twists, late-night ballads, Latin-tinged funk and a touch of vintage, fifth-gear rock ‘n’ roll.

On record and on stage, Roomful of Blues continues to deliver its bone-shaking mix of original songs and carefully chosen covers ranging from jump, swing and proto-rock ‘n’ roll to funky, contemporary blues. Their impeccable musicianship and larger-than-life vocals have earned Roomful five Grammy Award nominations and a slew of other accolades, including seven Blues Music Awards. Twice, the prestigious DownBeat International Critics’ Poll has selected them as Best Blues Band.

Vachon first joined Roomful in 1990 and has been leading the band since 1998. Guitar Player says Vachon’s guitar playing “burns with explosive solos and a delightfully greasy sense of rhythm.” The band has maintained its signature sound through great musicianship and a stellar horn section – featuring tenor and alto saxophonist Rich Lataille, who first joined the band in 1970. Lataille’s masterful playing can evoke either the fat-toned, honking sax of the glory days of early rock or the cool elegance of big band swing jazz.

While Roomful of Blues has always been one of the tightest, most joyful blues ensembles in the world, they have never sounded fresher or stronger than with the current line-up. Along with Vachon and Lataille, the band includes vocalist Phil Pemberton, baritone and tenor saxophonist Alek Razdan, trumpeter Carl “Geerz” Gerhard, bassist John Turner, drummer Chris Anzalone and keyboardist Rusty Scott.

Roomful of Blues began in 1967 when a group of southern Rhode Island teenagers with a shared passion for the blues formed a straight-ahead Chicago-style electric blues band to explore the music of their heroes. They added a horn section (including Rich Lataille) in 1970 and released their self-titled debut album in 1977 on Island Records (reissued on Hyena Records), which brought them to the attention of fans and critics from coast to coast.

The band has performed in cities around the world, travelling abroad to 22 countries including Lebanon, Poland, Spain, Italy, France, Portugal, Switzerland, Turkey and Russia. The New Yorker says the band brings “thunderous performances that get feet stomping and hands clapping.”

With In A Roomful Of Blues, the band has once again captured all of their frenetic energy and musical power in the studio. Roomful of Blues will be hitting the road and bringing the new material to their fans around the world, proving without a doubt that this is a band built to stand the test of time.

While keenly aware of the group’s half-century of history, Vachon is quick to note, however, that they are constantly looking forward. “We always keep things fresh and we keep the excitement level high. Playing this music is an immense amount of fun for us,” he says. “And it’s just as much fun for our audience.”