New album from Kirk Fletcher out this September 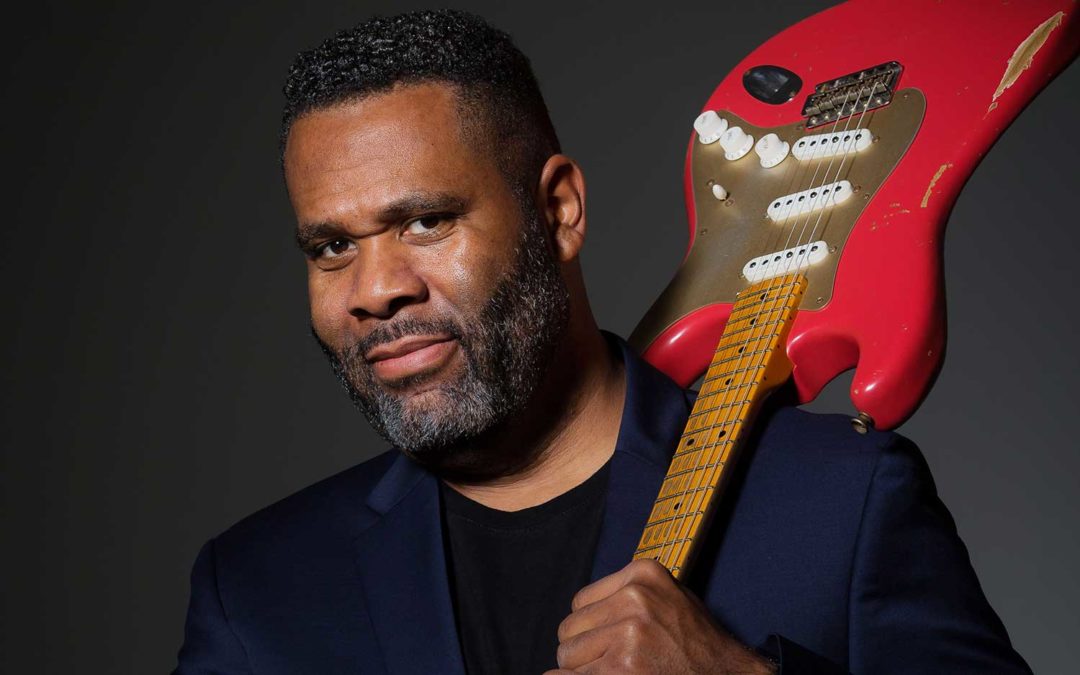 The 10 tracks will be released on CD, vinyl and digital on Friday September 25th. The album is available to pre-order from https://orcd.co/kirk_fletcher_my_blues_pathway.

“My Blues Pathway” features a mix of originals, covers and two co-writes with Robert Cray’s longtime bass player Richard Cousins, with all music arrangements by Kirk Fletcher.
The first single “No Place To Go,” co-written with Richard Cousins, will be released and available to stream on Tuesday July 21st.

“This song is about the struggles of success, sometimes at the expense of what life is really about,” says Kirk. “It about self-empowerment and what a person’s view of happiness means, whether, it is a house on a hill or a meal for the day to survive.”

“The album was a joy to make,” says Kirk – “especially making music with some of my longtime friends. I’ve known drummer David Kida for over 25 years. We have been in the trenches together on the L.A. Blues music scene.”. Kirk recorded this album over the Christmas holidays 2019 in six days over a two-week period.

“I had a brief run through with my friend, bassist Travis Carlton the day before we started tracking to help structure some forms and arrangements. It was very important for me to include some covers on this album. I wanted to shine a spotlight on some of my favorite blues artists including Sonny Boy Williamson, Chris Cain, AC Reed and Juke Boy Bonner.”

“I also wanted to pay tribute to the tradition of great blues by keeping these great songs alive. I searched for a little more obscure artists to cover and that was a lot of fun.” Says Kirk, “My Blues Pathway is an album about celebrating the music that got me excited about playing blues from the beginning of my career and the musicians that inspired me. My path led me straight back to the Blues.”
Continues Kirk: “With new experiences and wisdom, I tried to think of how I felt the first time I went to a blues festival at 12 years old seeing Albert Collins… or a little later seeing guys like Chris Cain and Denny Freeman in clubs as a young man.”

“This music that motivated me and gave me great inspiration to play blues music. The music closest to my heart. I owe everything to the blues. I traveled the world because of it. This album is a celebration of it. My personal pathway has led me back to my own interpretation of Blues music.”