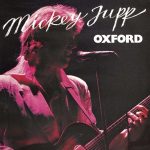 Mickey Jupp is one of those artists who could have been massive but only if that was the way he wanted to go. His problem, if you can call it that, was that he was uninterested in becoming a star and more interested in having a life – commendable but in many ways a waste. He came up through the Southend scene along with guys like Wilko and was regularly seen on bills featuring Eddie & The Hot Rods and the Kursaal Flyers as well as the Feelgoods. These two albums show him to have a good voice as well as an excellent song-writing ability but he veers between the rock & Roll and into R&B and through ballads without ever really settling on a style that you could point at and say “Aha, that’s Mickey Jupp, that is”. That having been said, there are some cracking numbers and both albums stand as worth having in your collection. His band on Long Distance Romancer includes Lol Crème and Kevin Godley along with Andy Mackay on Saxes and tracks like Chevrolet with its strong Bo Diddley rhythm and Politics which has a light, almost swing, style and is remarkably prescient in describing how he will “use up all my geetar licks”. Switchboard Susan chugs along nicely with a sleazy sax line. The Oxford album is far more stripped down with a four piece band, no horns and a more straight-line Blues sound. Opener Blues On Their Own sets a good standard for the album and it includes numbers like the funky Don’t Talk To Me which was covered by Chris Farlowe. Oxford Dick & The Words is a jaunty Madness-esque and Technique is a lovely little cod-Bonzos story song. Of the two albums I can see me revisiting Long Distance Romancer more frequently but Oxford put a smile on my face and it is a lovely little set. Mickey Jupp could have been a much bigger name but that wasn’t his way and these albums are a fitting reminder of what he could do.