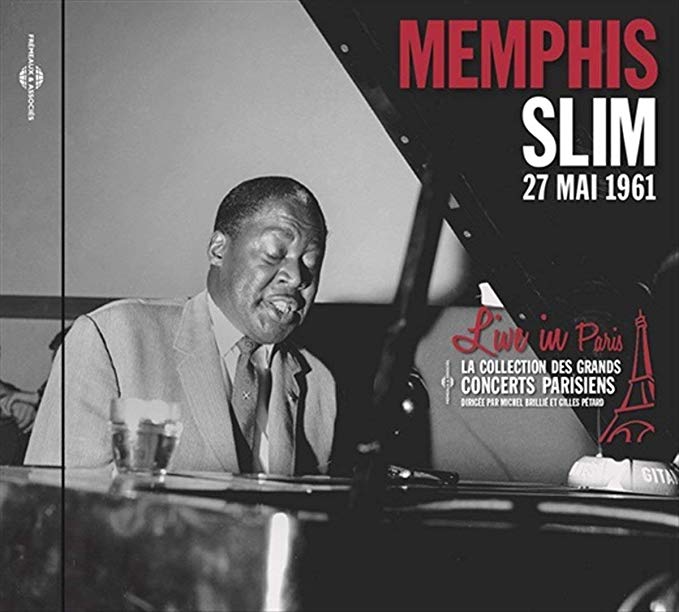 Released by Body and Soul

Considering this live recording is slightly older than me, it’s amazing just how fresh it sounds. From the opening track Chicago Boogie Woogie you realize just how good Memphis Slim really is. A great opening track for the gig in Paris.

As he mentions in the intro to the song it’s part him and part Jimmy Yancy playing the piano. Not only is he a superb boogie-woogie player but he also is a great orator of blues. Regaling us with stories from decades earlier of how blues had had such an impact on his life.

How Long How Long Blues written by the legendary Leroy Carr you grasp that he’s not only a fine boogie man but he can also play and sing the blues as nature intended.

Beer Drinkin’ Woman is just another example of that. Listening to Slim tell the story before he starts playing makes one feel like you are attending a blues school and he’s the teacher.

Shake Rattle and Roll, is performed in a much slower bluesy style than the one recorded by Bill Haley. Originally written by Big Joe Turner and recorded by Jesse Stone in 1954 this is by far my favourite version.

Keep Your Hand on Your Heart by Big Bill Broonzy gets such fine treatment from Slim. Such a powerful delivery of a blues classic you can feel the audience enthralled with every note.

As well as performing songs by other artists Memphis Slim also does his own stuff. Three Women Blues, for me, is the best song on the album for its sheer force and deliverance by Slim.

Add to that a stunning rendition of I Just Want To Make Love To You this is really a superb live album. I could listen to this for days on end.