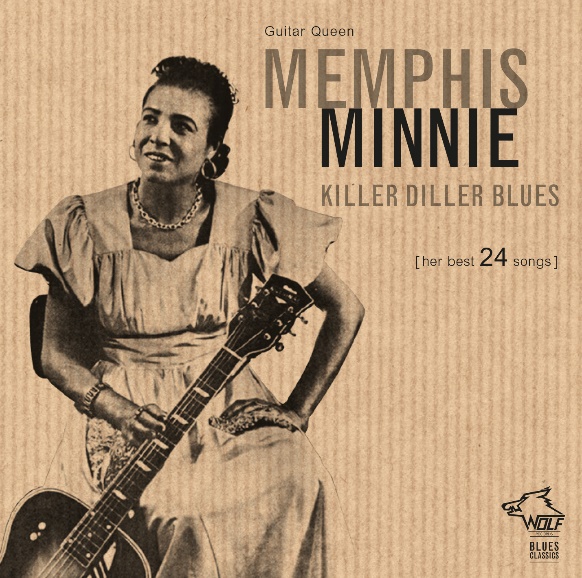 Led Zeppelin famously loved Memphis Minnie’s When The Levee Breaks so much that they thought they had written it themselves.

Astoundingly that track isn’t on this compilation, which features tracks recorded between 1929 and 1953, but other Memphis Minnie classics like Bumble Bee, In My Girlish Days and Me And My Chauffeur Blues, songs which have been covered by the likes of Jo Ann Kelly, Ottilie Patterson and Maria Muldaur, are included.

There’s still a historically inaccurate tendency amongst many blues fans to associate women blues performers solely with classic blues but Memphis Minnie was not only a tough, uncompromising singer but an expert guitarist who in fact late in her career played electric blues.

Most of the songs here compiled are collaborations with either her second husband Kansas Joe McCoy or her third husband Little Son Joe, who both played guitar, but other musicians like her first husband Casey Bill Weldon (steel guitar), Charlie McCoy (mandolin) and pianists Sunnyland Slim, Little Brother Montgomery and Black Bob also appear.

Many of the songs, including My Butcher Man and the aforementioned Bumble Bee and Me And My Chauffeur Blues, feature entertainingly brazen double-entendres while on Crazy Cryin’ Blues her repeated cry of pain over her lover two-timing her is harrowing.