BOBBY G PhD In The Blues 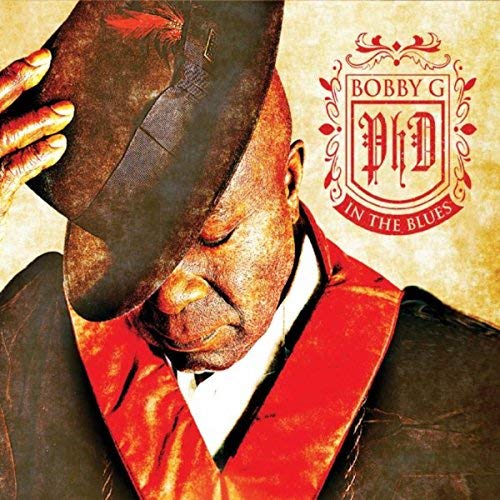 PhD IN THE BLUES

Any band that can call its guitarist Larry “Entertainment” Gold is setting its bar pretty high.

Not a problem for The Third Street Cigar Blues Band, who have all their musical abilities at a similarly excellent level.

The arrangements are sublime, with lots of gentle horns, some soft guitar, a little harmonica, all presented in a cool southern style. And on top of the sound is the coffee-and-cream blues/soul vocal from Bobby G.

When he sings about his PhD In The Blues, you know that he understands what he is singing about.

Can’t Stop Loving You has a B.B. King swing and sass that gives a fresh impetus to that age-old blues standby – unrequited love.

Larry Gold’s guitar licks answering the call of Bobby’s vocals, and you just know there will be a perfectly executed little solo on the middle eight, and it slides in right on time.

How Can I Miss returns to the Chicago template with some further delightful exchanges between vocals and guitar.

They casually pick up the pace to a mid-speed twelve-bar boogie with Love Machine, and Whole Lotta Money poses some social comment over a crisp tight backing and a scorching Hammond break.

This band is a musical limousine – it’s purring along, taking its time, enjoying the view, but you are acutely aware that there is probably a supercharger under the hood and they could kick it into top gear absolutely any time the mood takes them.

The final track All Night is sax-led and rounds off a superlative collection of Stax-infused blues.

The skills behind this collection are Johnny Rawls and Linda Francis who have composed these gems, and Johnny adds some background vocals, rhythm guitar and keyboards to the band sound.

Checking out Mr Rawls confirms that he is a writer and producer of considerable note, and his long experience certainly shines through with his composition and production contributions to this album.

It delivers in all areas, but the icing is that fabulous voice. Listen out for more from Bobby G.