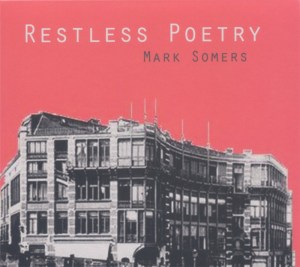 Do you remember when the US Delta Force blasted Van Halen and AC/DC for three days to force Manuel Noriega to leave the Vatican Embassy? That wouldn’t work for me. If I’m ever a dictator that the Americans take umbrage at then all they need to do is crank up some folk-jazz poetry.

I was once stuck in a Glastonbury tent with a twisted ankle, in the mid-eighties, with no-one to help me up during a Gil Scott-Heron set. I would have sold out my great auntie Famie in a heartbeat if someone had offered to help me escape.

So, say hello to Mark Somers, a Belgian singer-songwriter who has made an album inspired by the jazz poetry of Langston Hughes, a leader of the Harlem Renaissance. So, it’s political folk-jazz poetry.

To be fair, Mr Somers is an excellent guitarist and some of the acoustic picking is a sheer delight.

Vocally, he’s a tad on the sonorous side and there is little in the way of light and shade. I did enjoy Fascination which is a rather perky wee blues-drenched love song. But an awful lot of the music teeters on the edge of dirge.

There are some occasionally interesting percussive turns and some outbursts of brassy jazz but fans of the latter who like things political and woke will probably get a lot more out of this than me.

Album Review by Stuart A Hamilton.