In 2013, rhythm guitarist and singer/songwriter, Brendon Wesley, formed one of only two alternative rock bands in Jamaica by reaching out to talented individuals through social media, friends of friends and lovers of rock and roll.

After a few member changes and many long nights in rehearsal, Skaibrid was invited to open a show called Kingston On The Edge. The lead vocalist at the time couldn’t make it to the event, leaving Brendon no choice but to rise to the occasion which led to their very first standing ovation. 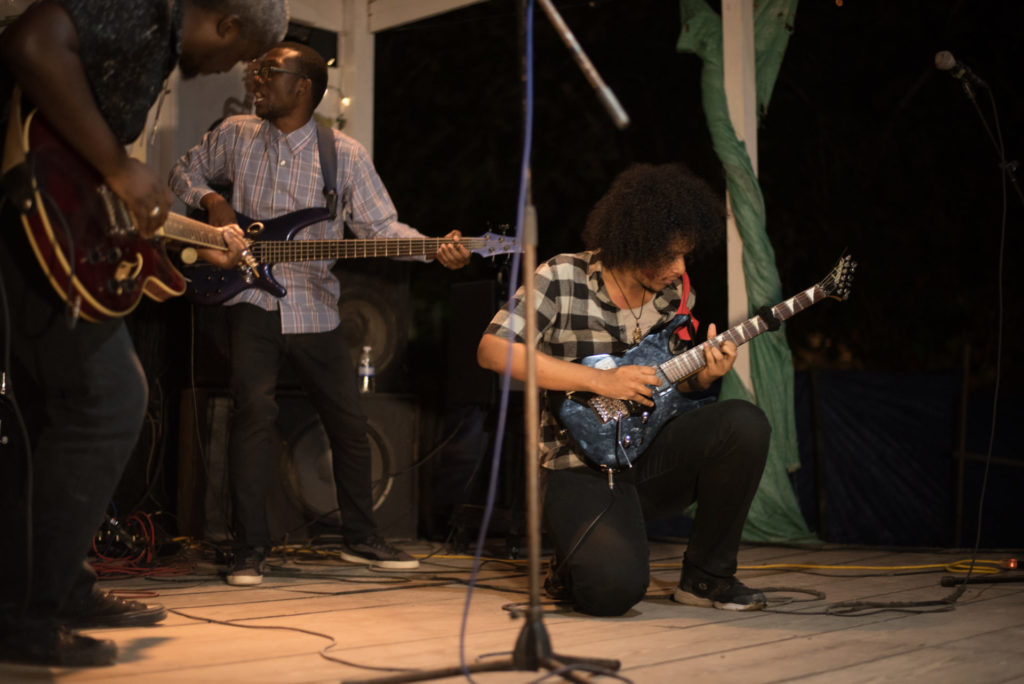 Skaibrid then played at a number of local events and bars across the island alongside other alternative bands such as Citizens of Nowhere, Downstairs and Sky Is Broken. On 15th September 2015, their first project, Skaibrid EP, was released. This project was the first-ever blues/rock release from a Jamaican band or artist. It wasn’t easy to garner support and funding, but passion kept us working.

As time went by, the band’s sound evolved, and we began covering more blues, rock, and classic rock songs. Some of the members disagreed with the direction of the band’s growth but with the help of his childhood friend and drummer, Shannon, and dynamic lead guitarist, Reece Chen, the band started working on their music under the new name, Iron Kyte.

Said to be a homage to their biggest inspiration, Led Zeppelin, the name change signified the dawn of a new era in their lives. Iron Kyte started playing more authentic classic rock and eventually solidified themselves as a bonafide, true-to-form blues/rock band. They have since appeared at various festivals and events such as Blues On The Beach in Negril, Jamaica and Inrocktrination at the Redbones Blues Café in Kingston.

Iron Kyte has been described by many as a “breath of fresh air” from the typical reggae/dancehall sounds of Jamaica. Jamaican culture is evolving and Iron Kyte is prepared to grow with it by carving out space for other alternative bands and artists in Jamaica to make their mark all over the world.

Iron Kyte currently has three live concerts planned for later this year, along with other appearances and performances island-wide. They plan to release their first single in September 2019 and a full album in short order.

Brendon, who does the majority of the songwriting, continues to be personally inspired by blues/rock artists like Gary Clarke Jr., Howlin’ Wolf, Muddy Waters and the legendary Led Zeppelin.

Until then, Iron Kyte will continue to wow their audiences at every show with their heavy rhythm grooves, soul-piercing lead guitar licks, powerhouse drumming and thought-provoking vocals.