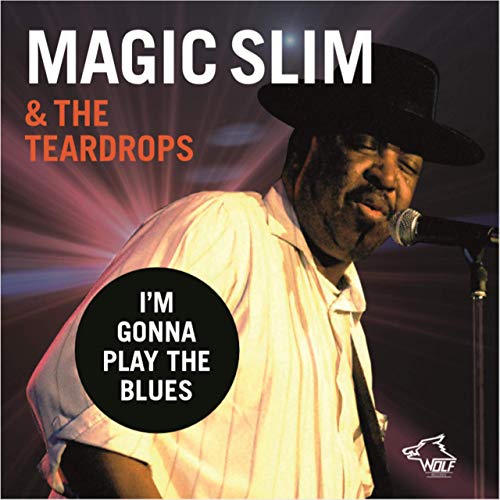 One of the foremost blues legends recorded live in Vienna in 2010, Magic Slim (Morris Holt) performs in one of his last ever gigs. Come On In This House is the opener and straight away you get the feeling that you are in the presence of greatness just by listening to him.

So, if you were lucky enough to have been in the audience you had an even greater pleasure. Jon McDonald is as ever the consummate blues guitarist and he hits the sweet spot every time through the whole of the opening track. The thing with having genius, in your DNA is the ability to make things look easy and Magic Slim and The Teardrops have that in spades.

Please Don’t Dog Me is a perfect example of this. I could easily wax lyrical about each and every song on the album because it’s just that damn good. But this tune has the greatest capacity to give me goosebumps. Strong hard vocals bellowing into the night bringing along this superb band of musicians that captivated the Chicago blues scene for decades.

Guitar, bass, and drums pounding behind a voice that was made to sing the blues. It Hurts Me Too has a fantastic instrumental beginning before taking it down to allow Slim to tell the story in his own inimitable style. And with the added bonus of vocals and guitar from McDonald joining Slim in studious harmony.

The Things That I Used To Do is lyrically softer in tone but delivered with the same bellowing power vocally and that is the very essence of what Magic Slim is all about. Softer words with the power to make sure the message gets across. Somewhat akin to Howlin’ Wolf in that sense but without the anger.

Rough Dried Woman is a foot-stomping finale to a magnificent blues show. Do yourself a favour and add this CD to your collection.