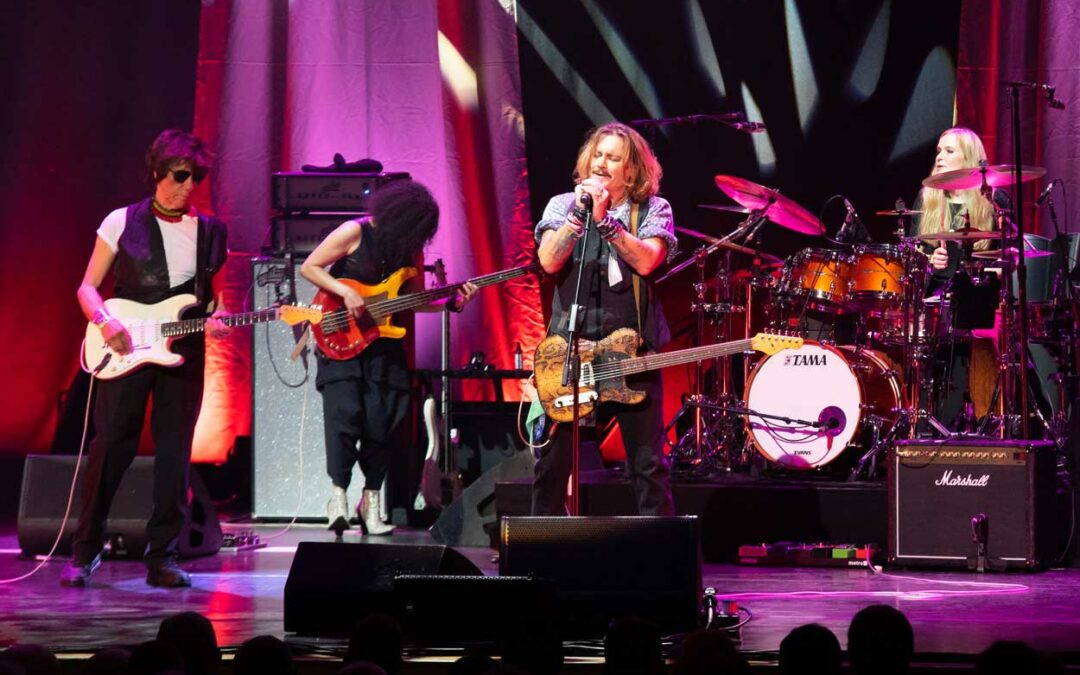 It had been in the making for over two years. But like most tours, Jeff Beck’s latest UK run had suffered the agonising ordeal of having to be rescheduled due to the pandemic. But finally, the moment that Tyneside fans of the guitar legend had been waiting for finally arrived.

Even before the artist had hit the Tyneside stage, there was somewhat of a euphoria in the region. A couple of days prior, Hollywood’s Johnny Depp had performed alongside Beck onstage in Sheffield. With mounting speculation, the question on everyone’s lips in Newcastle was would the pair perform together onstage again at the Sage Gateshead. Just 24 hours before the show, Depp and Beck were spotted in a Newcastle bar where they met with local lad Sam Fender. From that point forth, the excitement mounted.

Ticket sales for the show, as you would expect, were a complete sell-out. Upon arrival, media, television crews and fans lined the street to get a glimpse of the pair. But for those lucky enough to have a ticket, they would be graced with a much more intimate encounter within the glorious confines of the prestigious concert hall.

Following a wonderful opening set from Sharon Corr, Jeff Beck stepped out onto the Gateshead stage sporting shades and equipped with his White Fender Stratocaster. Beck opened the show with an incredible airing of “Star Cycle”. Immediately from the off, the calibre of the musicianship was apparent. Rhonda Smith on bass and Anika Miles on drums are the perfect foil for the masterful guitar maestro. Smith even took centre stage during “You Know You Know”. 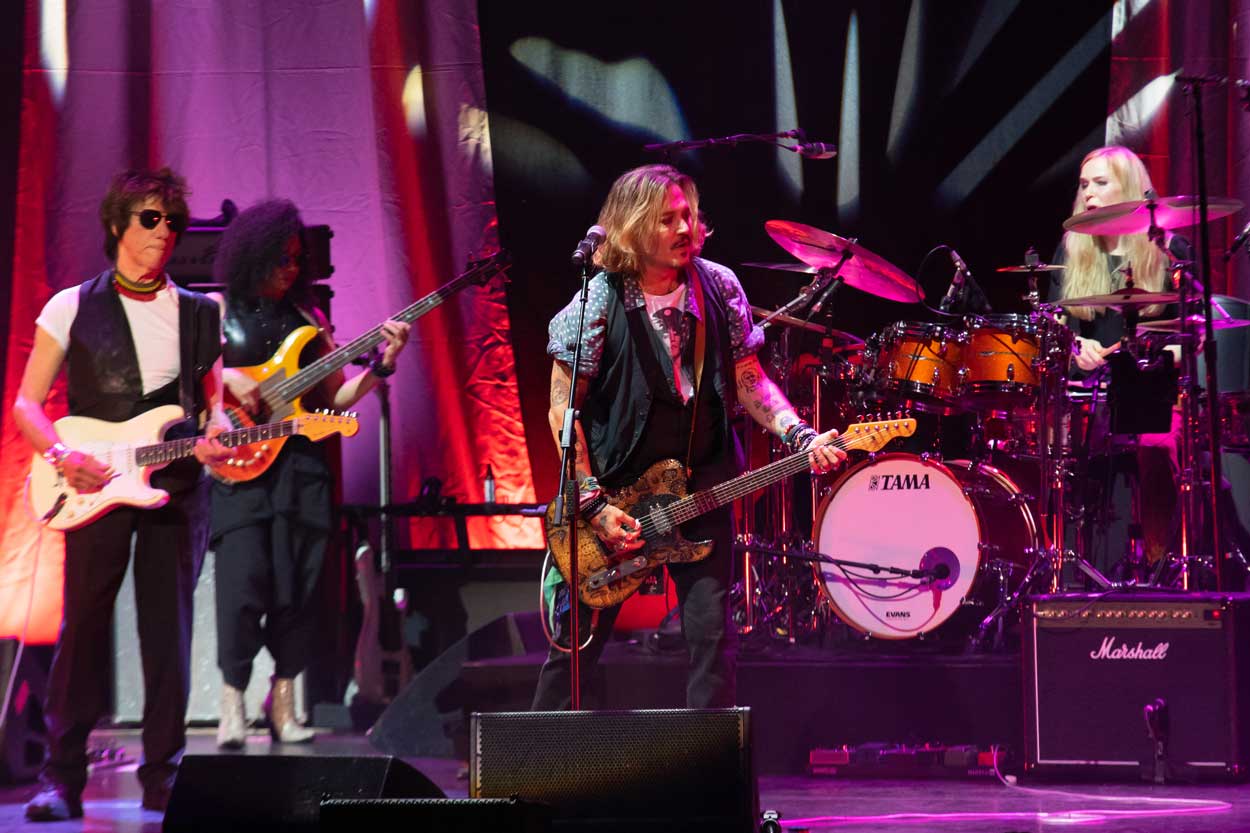 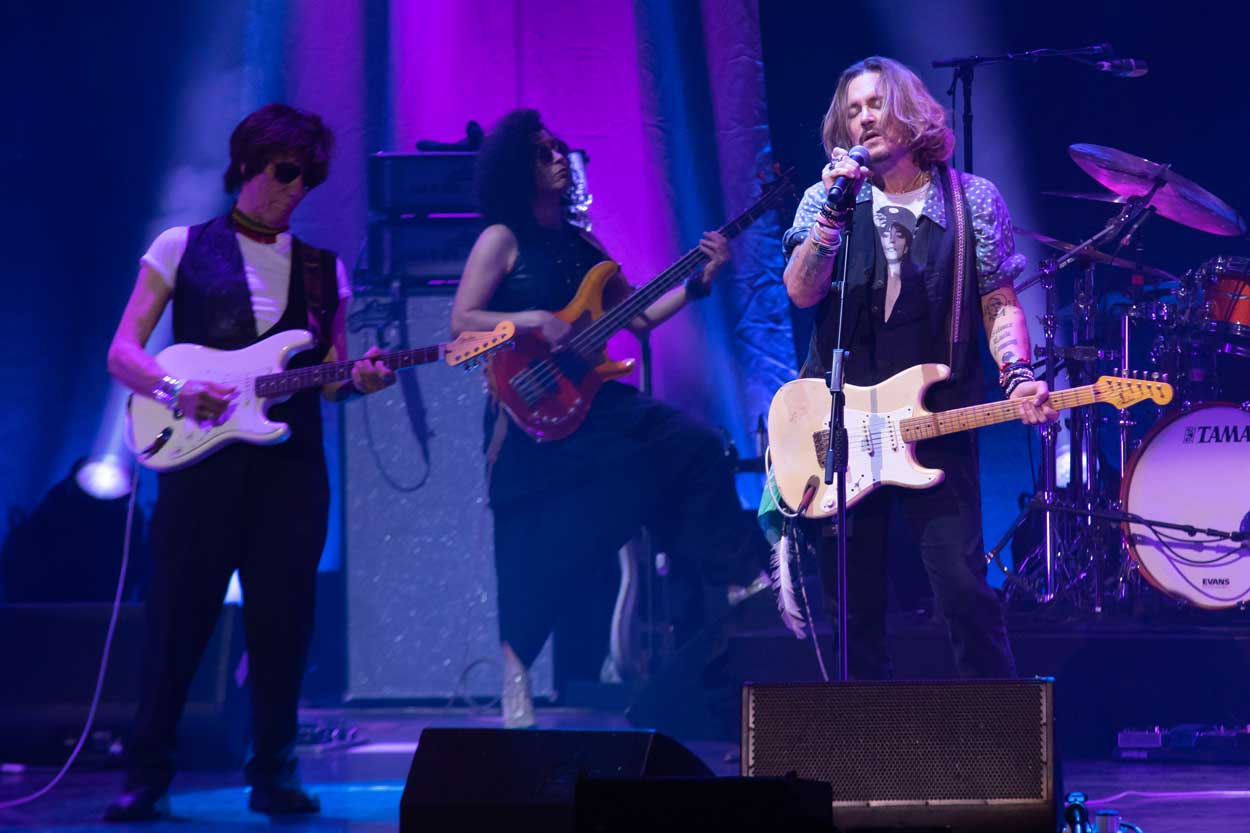 Beck’s use of space adds drama throughout, whilst his guitar tone is second to none. The artist’s creative take on Nitin Sawhney’s “Nadia” allowed the guitarist to emulate the vocal line of the song. Beck makes his guitar sing like a bird throughout. Furthermore, the former Yardbird’s man grapples with Link Wray’s “Rumble”, putting his stamp on the unmistakable classic. The artist showcased the more bluesy side of his repertoire with “Brush With The Blues”.

Special guest Johnny Depp joined the band during the second half of the show. Beck informed the audience that the pair had been working on an album together which will be released in July. Collectively with Depp taking the lead on vocals, they deliver wonderful renditions of John Lennon’s “Isolation”, Marvin Gaye’s “What’s Going On”, and the Hendrix classic “Little Wing”. Perhaps the most surprising inclusion in the setlist was their up-tempo take on Killing Joke’s “The Death and Resurrection Show”. 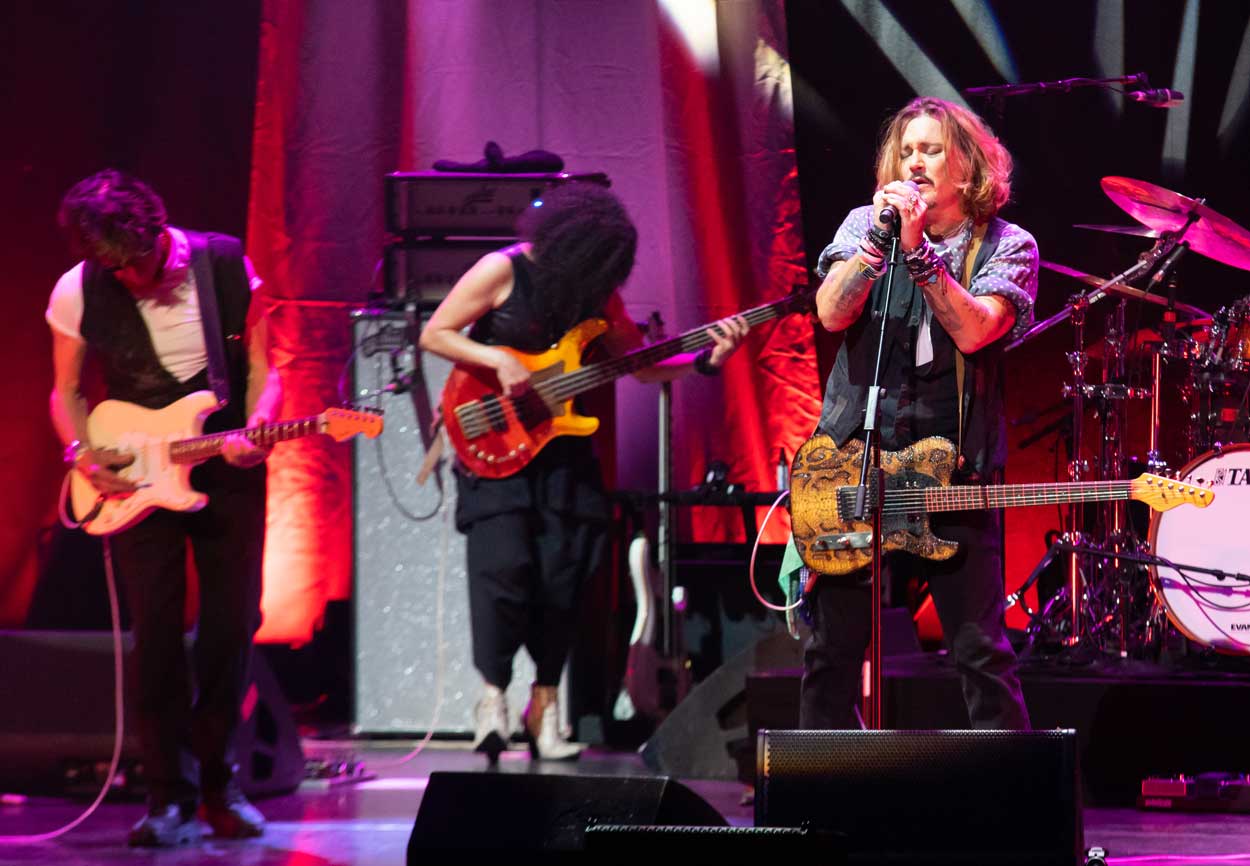 A three-song encore followed, with Jeff Beck performing a beautiful airing of “Corpus Christi Carol”. A song of which the author had always been a fan, particularly via the dearly missed Jeff Buckley. Of course, the night would not be complete without a further appearance from Johnny Depp on The Beatle’s “A Day In The Life”.

Whilst it may have taken longer than anticipated for Jeff Beck to arrive in the North-East due to the pandemic, it was certainly worth the wait.