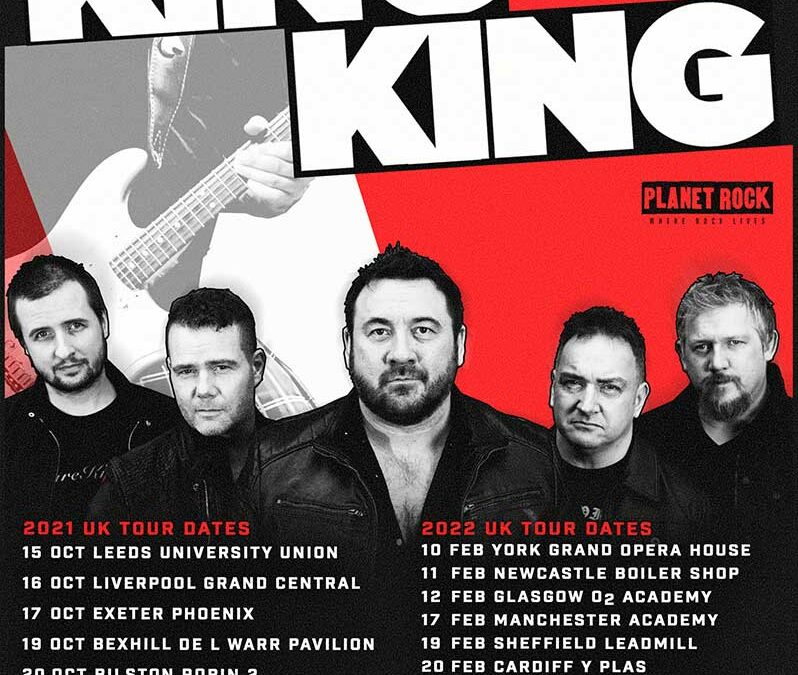 Special guests on the October 2021 dates is When Rivers Meet who recently won four awards at the UK Blues Awards including “Blues Album of the Year” and “Blues Band of the Year”, plus “Best New Band” at Planet Rock’s The Rocks Awards.

King King embark on the second leg of their UK tour from February 10-24th, 2022 with special guests, psychedelic blues rock band The Damn Truth, whose new album “Now or Nowhere” is produced by the legendary Bob Rock.

King King will perform songs from their fifth studio album “Maverick” for the very first time, plus classics from their vast catalogue including live fan favourites from their 2017 album “Exile & Grace.” “Maverick” is available from www.kingking.co.uk.