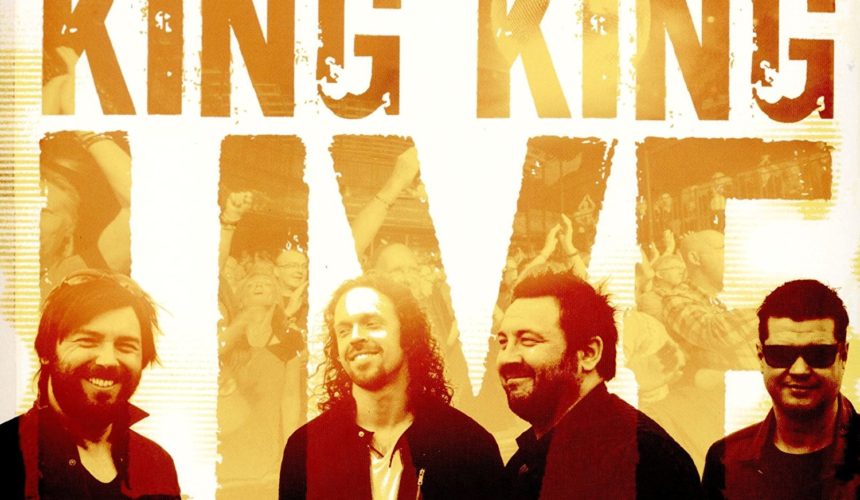 King King’s rise continues with a live album that captures the band in great form back home in Glasgow. This review covers only the double CD although the set for sale also includes a DVD recorded at Holmfirth which has almost identical content.

The audio discs contain six tracks each culled from across the three studio albums, five from Reaching For The Light, four from Standing In The Shadows, two from Take My Hand, and there is one cover.

Lose Control is a solid opener with Bob Fridzema’s piano up in the mix and Alan in good form on guitar and vocals and is followed by the only track from outside the studio albums, Kim Wilson’s Fabulous Thunderbirds shuffle Wait On Time which sounds great.

Waking Up is just terrific, so catchy that in another era it could have been a hit single and Rush Hour finds the audience getting involved in a song that reminds us of Free, one of the great influences on this sort of music.

Centre piece of CD1 is the award-winning Long History Of Love, a wonderful song performed brilliantly, and the rocky More Than I Can Take concludes the disc.

Extended versions of All Your Life and Stranger To Love provide solo opportunities for everyone including the rhythm section, Wayne Proctor on drums and Lindsay Coulson on bass, and plenty of exhortations to the audience to clap and sing along, though I could have done without two minutes of audience cheering before the encore arrives.

However, Let Love In is worth the wait with its joyous chorus which brings the set to a conclusion in sing-along fashion. King King is a great live band and this set proves that conclusively.

RORY GALLAGHER 25th Anniversary 14/6/2020
Sunday the 14th June, will mark the 25th anniversary of...
ISSUE 110 OUT NOW!
[dfd_single_image image=...
ROBBIE REAY's Top 10 Blues
My name is Robbie Reay, I am a blues musician based in ...
THE ACHIEVERS No One Remembers OFFICIAL VIDEO
The Achievers are one of the most talked-about and crit...