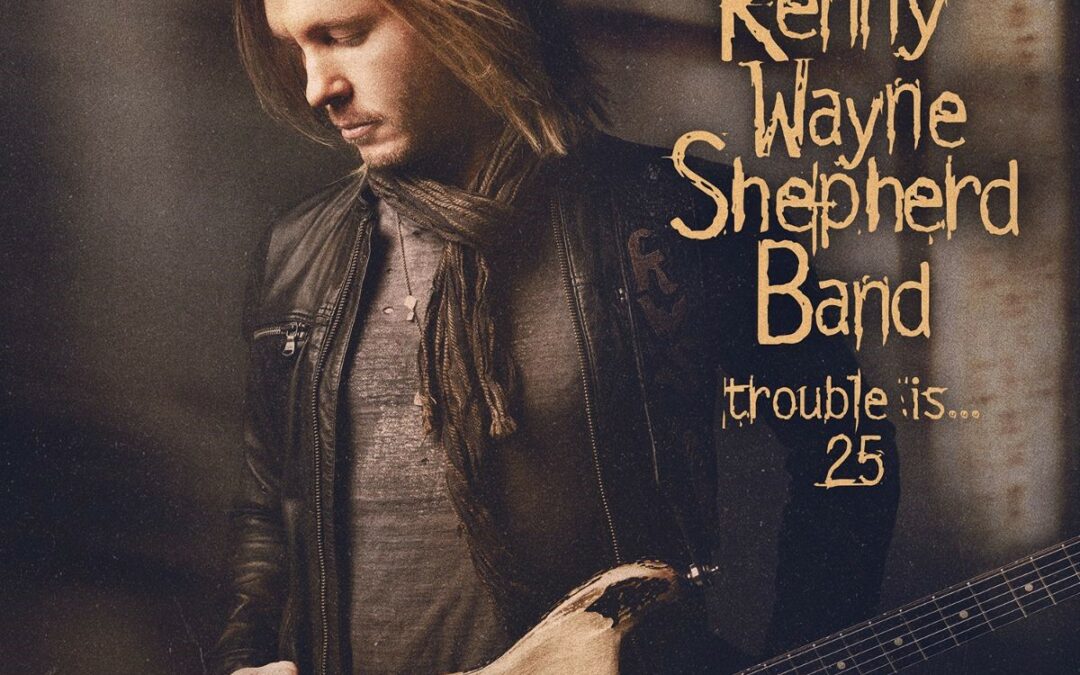 Kenny Wayne Shepherd’s landmark 1997 release ‘Trouble Is…’ contains plenty of technical dazzle and old-soul touches, but what truly set the album apart was the mature songwriting that it featured from Shepherd, an indication that he was shaking off the tedious “teenage sensation” tag that had followed him previously. “Blue On Black,” the album’s rootsy fan favorite, hit #1 on the Mainstream Rock chart, set a new record for its 104-week tenure, and still blares from stateside radios today.

Now, Shepherd is revisiting the record breaking hit on ‘The Trouble Is…25,’ a top-to-bottom reinterpretation of his seminal album, out 2 December via Provogue/Mascot Label Group.

“The beauty of Blue On Black is that the lyrics conjure up imagery for the listener to apply to their own experience. Some people tell me it helped them through a breakup, or the loss of a loved one, or they were suffering domestic abuse and that song spoke to them.” Shepherd continued on, “The original video implied a relationship and the many futile attempts to salvage it. So we made a new video for Blue on Black, which, I think, is open to more interpretations of the song.”

‘Trouble Is…25,’ a top-to-bottom reinterpretation of his seminal album ‘Trouble Is…,’ which struck the match that reignited modern blues upon its release 25 years ago. The album (which includes a bonus track of an unreleased version of Ballad of a Thin Man) will be accompanied by a live DVD filmed at The Strand Theatre in Shepherd’s hometown of Shreveport, Louisiana, shot at the launch of his year-long celebration of the 25th anniversary of ‘Trouble Is…,’ which found the band performing the album, in its entirety, across the US. Shepherd has released a lyric video for “True Lies,” which he describes as “the classic infidelity song.”

“One of the coolest things about re-recording ‘Trouble Is…’ has been finding out – or verifying – how timeless this album really is,” says Shepherd, who is also leading a triumphant anniversary tour performing the album in full. “I’m so proud of what we accomplished, and also the fact I was just 18 years old when I did it. I mean, I had an experience with this album that most musicians can only dream about. ‘Trouble Is…’ sold millions of copies. There’s validation in all of that for me.”

“I didn’t want ‘Trouble Is…25’ to be a surgical process. I don’t like to overthink things. I just wanted to go in and capture the vibe. There were a couple of ways we could have approached this new recording. We could have done a one-hundred-per-cent faithful reproduction. But we chose a complete reinterpretation,” he adds.

“During the ‘Trouble Is…’ anniversary tour,” says Shepherd, “everybody was commenting on how this album could be released today and still be just as relevant as it was 25 years ago. Making this album in 1997 was just a really monumental achievement. The new recording was a serious trip down memory lane for me. And I’m still so proud of these songs.”