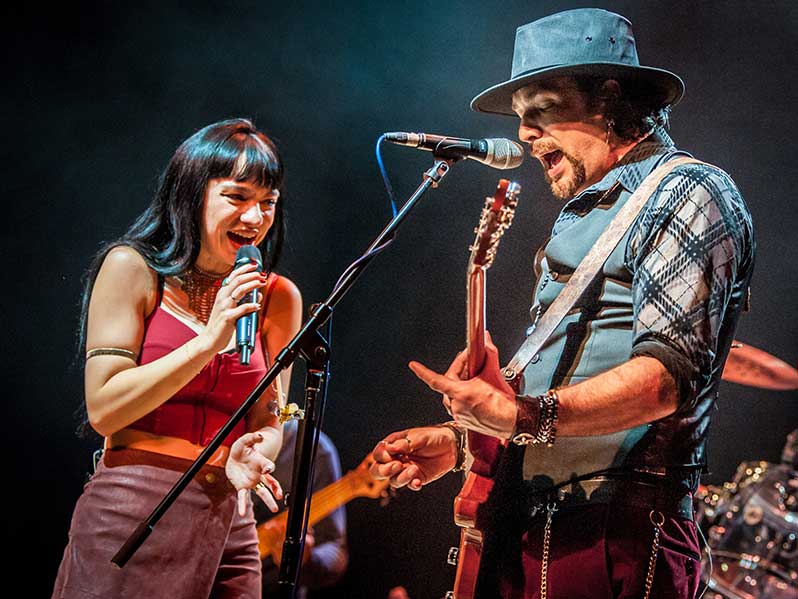 When Rivers Meet are pleased to announce their Spring 2023 UK Tour with their very special guest “Arielle”.

Planet Rock will start a 48-hour ticket pre-sale at 9am on Wednesday December 7th at www.planetrock.com.

The tour announcement coincides with When Rivers Meet’s first-ever Christmas single “Christmas Is Here” b/w “It’s The Time of the Year”, which is released today.

Written by Grace and Aaron Bond, and produced by Adam Bowers, the double A-side single is available from shop.whenriversmeet.co.uk.

Beautifully simple and heart-warming, “It’s the Time of Year” harks back to gathering around the piano, giving the perfect platform for Grace to display her ability to switch from rock to ballad flawlessly with Aaron’s vocal harmony perfectly melding in choruses. 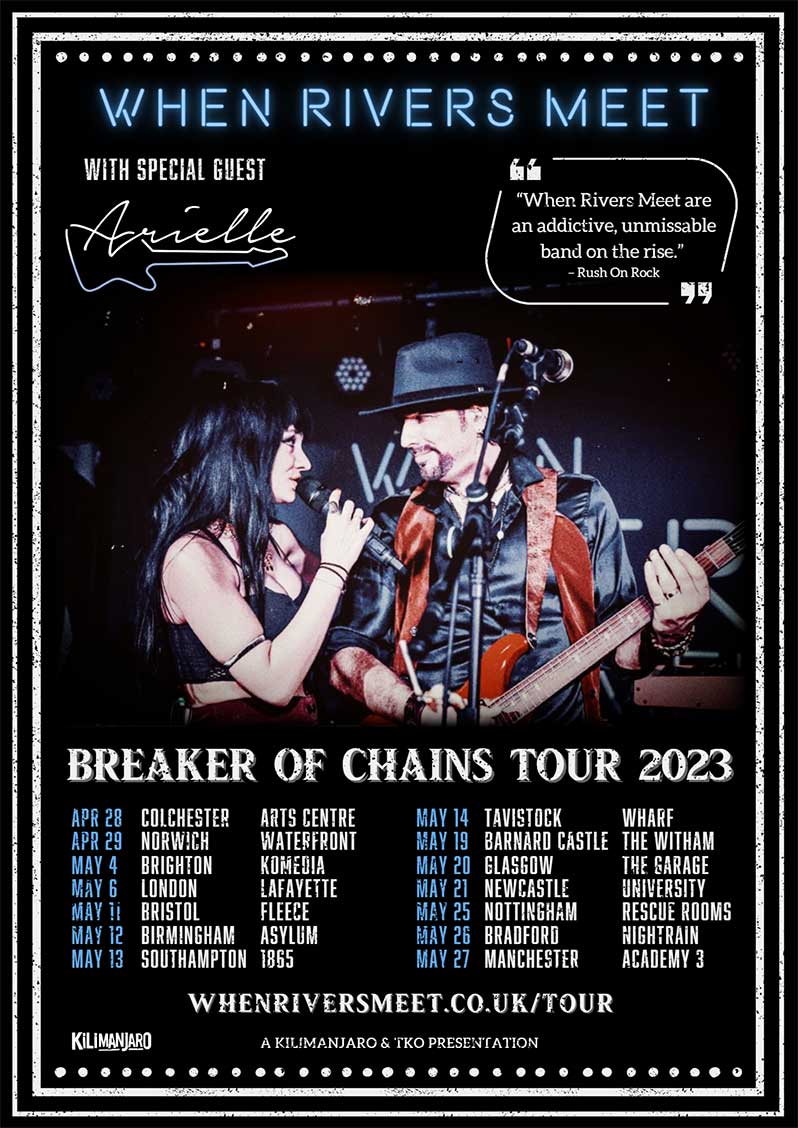 In 2021, When Rivers Meet were the first band to win four UK Blues Awards including Blues Band of the Year, Blues Album of the Year (We Fly Free), Emerging Blues Artist of the Year, and Most Inspirational Online Performance of the Year. WRM also won Best New Band at Planet Rock’s awards The Rocks.

Born in the US, but a self-proclaimed wanderer, Arielle began studying music at the age of five. A child prodigy, she attained a degree from Musician’s Institute in Los Angeles, and continued her education at London’s Institute of Contemporary Music Performance.

At the age of 18, good fortune ensued when Arielle was handpicked by guitarist Brian May for a key role in the London-based musical “We Will Rock You” – a production based on the songs of his band Queen. From the cover of Guitar Player Magazine, to being recognized by country superstar Vince Gill as one of the ‘Top 5 Best New Guitarists,’ to being cast as a guitar player on the hit TV show Nashville, to ascending to No. 3 on the CMT Pure chart with the song “California,” as well as being featured on vocals and guitar on the new Joe Bonamassa documentary “Guitar Man” with the credit track. She has released 9 albums/EP’s, one of which placed in 11 chart genres in 2017 independently, including #3 in the Heatseekers Chart.

Her pride and joy is the “Two-Tone,” an extraordinary one-of-a-kind guitar she painstakingly designed, and hand-built, with her friend Patrick Yates. Brian May Guitars released a signature model-based on Two-Tone and the Brian May Red Special called ‘The BMG Arielle’ in March 2021.