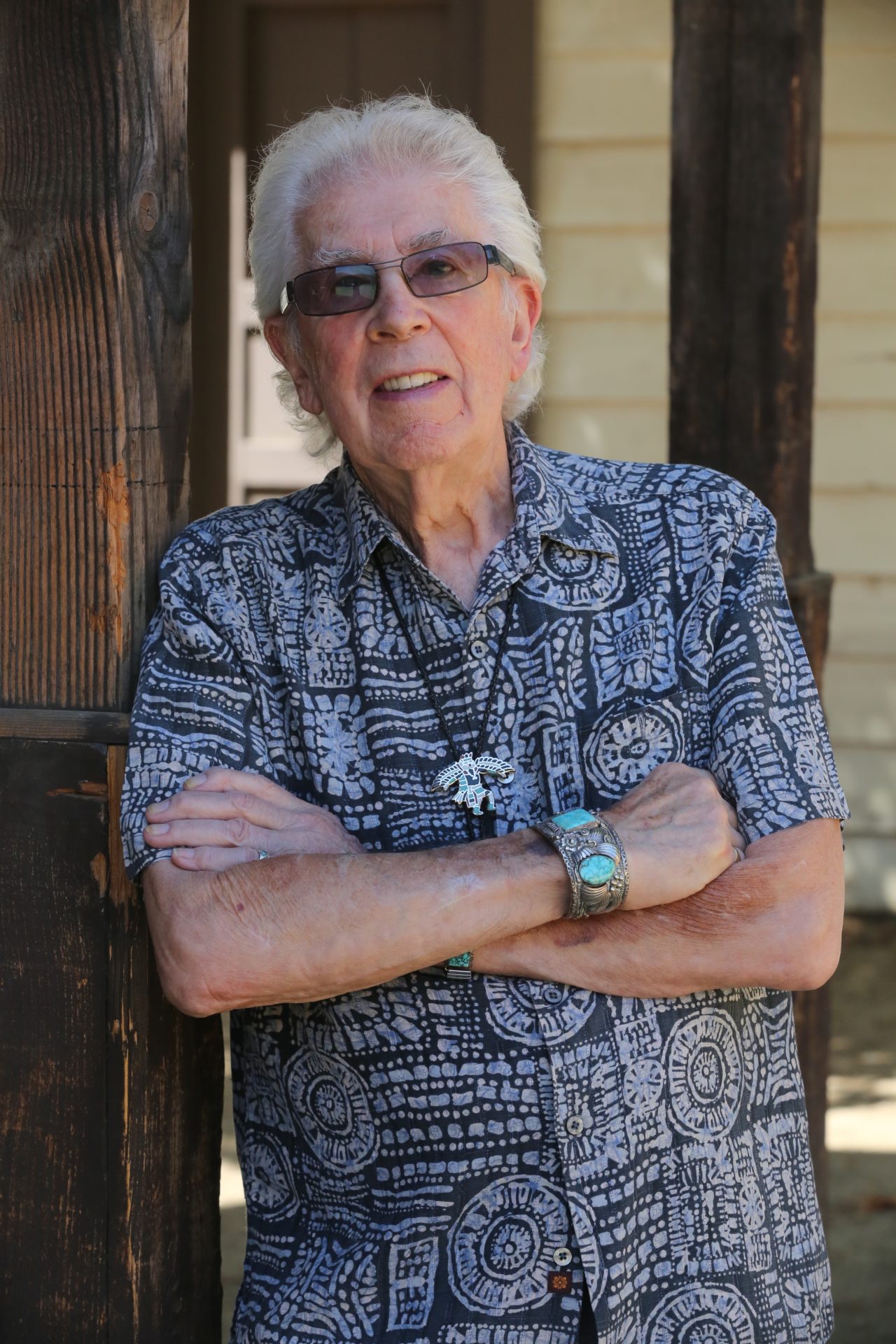 There are few musicians who genuinely merit the description ‘legendary,’ maybe a handful at most. But with the octogenarian, UK bluesman, John Mayall, we have the real deal.

Nobody could question or disagree that this is a guy who is truly a living legend. Now aged 85, Mayall has been a US West Coast resident for around half his life, and yet he is still often viewed as a UK blues phenomenon.

Speaking to the man at home in LA, he is relaxed, warmly welcoming and excited to be again on the brink of a global tour to promote his latest album, ‘Nobody Told Me.’

When I praise the new release, he is clearly pleased and maybe even proud about it, a twinkling-sort of response as he confirms how much he enjoyed making the album and how he still loves getting out on the road meeting fans with his fellow musicians.

These days Mayall has a solid backing band that he feels has become a near-permanent fixture with Greg Rzab on bass and Jay Davenport on drums, together with a more recent addition, Carolyn Wonderland on guitar.

With the new album, the band is joined by some heavyweights including Joe Bonamassa, Tod Rundgren and Springsteen’s East Street Band buddy, Soprano actor and writer, Steve Van Zandt.

When I mention Van Zandt, Mayall, laughs and says: ‘Yea, I loved the Sopranos, and who would have thought Steve would be a blues player? But he sure is. You’d not think he’s committed to blues but he can do it,  he has the feeling. Anybody who has the feeling is okay by me.’

Mayall has always had an unerring ability to find and surround himself by top-dollar blues musicians, and when asked, he simply puts this down to the fact that people come to him: ‘I’m proud that people still want to play this music with me. It’s surprising sometimes but they come along and take part in what I’m doing.’

Having now been playing professionally for over sixty years, Mayall says: ‘As long as people still like what I do, I’ll keep going. It’s my job. It’s what I do. If it didn’t feel right, comfortable, I’d not be doing it. Every night is different. I’ve around forty numbers we draw on, move them around but they are the basis of the live tour gigs.’

An encouraging comment that reveals his own thoughts and belief in the music itself. About songwriting, he adds that this comes fairly easily: ‘It’s all about life, stories from your life, your experiences. Life itself gives me the ideas.’ 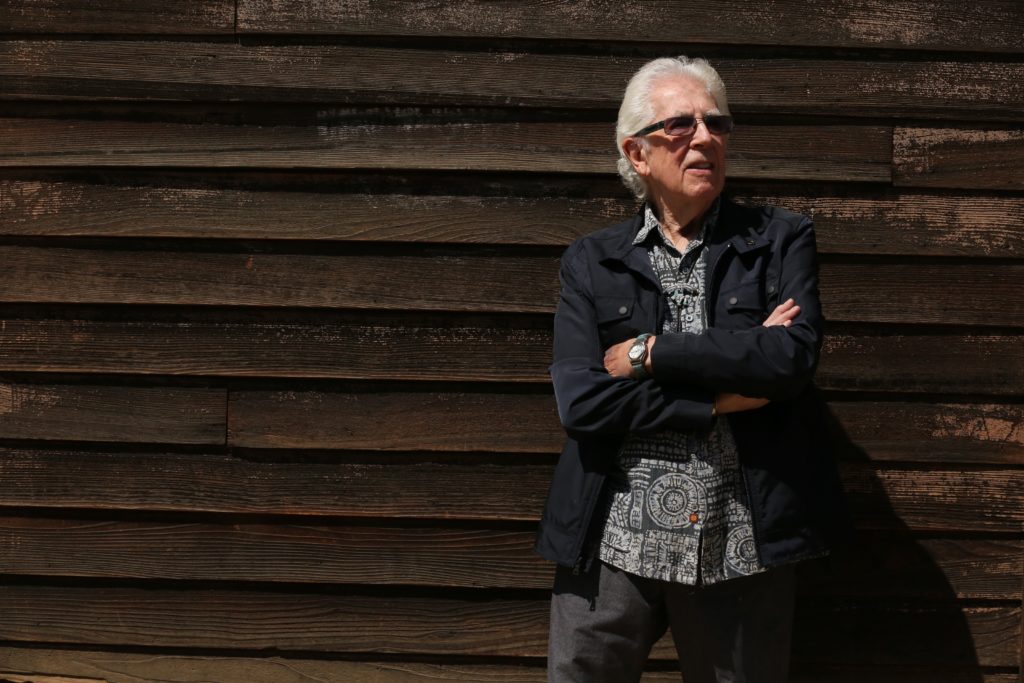 Mayall is still noted for his hi-energy performances, often playing stages for over two hours without a break. When I suggest this must surely prove tiring, he scoffs at the notion: ‘No, it’s easy. When you’re on-stage, the music, the power of the music and the moment take over. It’s still wonderful, I’m proud to be able to do it.’

With an absolutely immense back-catalogue, I ask if he has a personal favourite, an album that stands out from the others. As expected he confirms for now it’s his latest release, ‘Nobody Told Me,’ before going on to explain the importance of all of his offerings and their place in his own musical world: ‘I see them all as part of my family.

It’s like children, you can never pick out one against or over another. I put them on the turntable, and each one takes me back, reminds me of a time, a feeling. It’s a musical diary, my musical diary and history.’

Much has been made by many about Mayall’s historic blues legacy, his work with Clapton, Peter Green, Mick Taylor and just about every one of significant note in the modern blues music world, however, I elect not to pursue this angle and instead ask what he thought of the USA versus the UK when he first moved out many years ago, and his thoughts on differences nowadays.

After a brief pause, he laughs: ‘When I first came to America, it felt like coming home. The music – the jazz and blues – was the music I lived, I’d been listening to it forever. It was where it all came from. All the records I listened to. The climate also suited me better, here on the West Coast – though it was pissing down yesterday!’

On today’s blues world, he is clear that there is so much going on, with new players like Bonamassa and his old band-member, Walter Trout, coming through, the blues genre seems to be in pretty safe hands.

For writing, Mayall gets the germ of an idea and just runs with it, choosing whatever instrument he feels most suits the vibe: ‘It depends what the story is about, which instrument is best for expressing it. I might pick up a guitar or maybe it’s best with a keyboard. It just depends on the song, the story.’

Mayall recalls meeting up with Muddy Waters many times over the years in the USA, though he seems slightly saddened to confirm that he never actually played alongside him: ‘We were on the same bill a few times, so I’d meet Muddy backstage or something. He was a nice man, an important guy but I didn’t meet him too often in my musical life.’

Now on the eve of another album promotion tour, Mayall says he looks forward to meeting fans again and will be at the merchandise table, out front before each gig, as is his normal practice, happy to chat, sign autographs and sign CDs as he travels across Europe and the USA. ‘I don’t find it tiring being out on the road. It’s always good, great to be out there, meeting new people and some old friends and fans. As long as the support is there I’ll be there too. All the tour dates are on my website (johnmayall.com).’

Although he is not planning to play Australia’s major blues festival, Byron Bay, in 2019, he hopes to make it out again in 2020:  ‘I know Peter Noble really well, we’re old friends. Peter was actually part of my road tour manager team way back. So we go back a long way. I expect to be back out in 2020,’ he confirms.

As a final question, I ask how and where he finds the energy to keep going and with his current, new album being excellent, as was the previous live trio release, ‘Talk About That’, how he can keep raising his own personal musical bar.

Mister Mayall laughs and disconcertingly instantly replies: ‘Thanks, but it’s easy! I just do my job.’