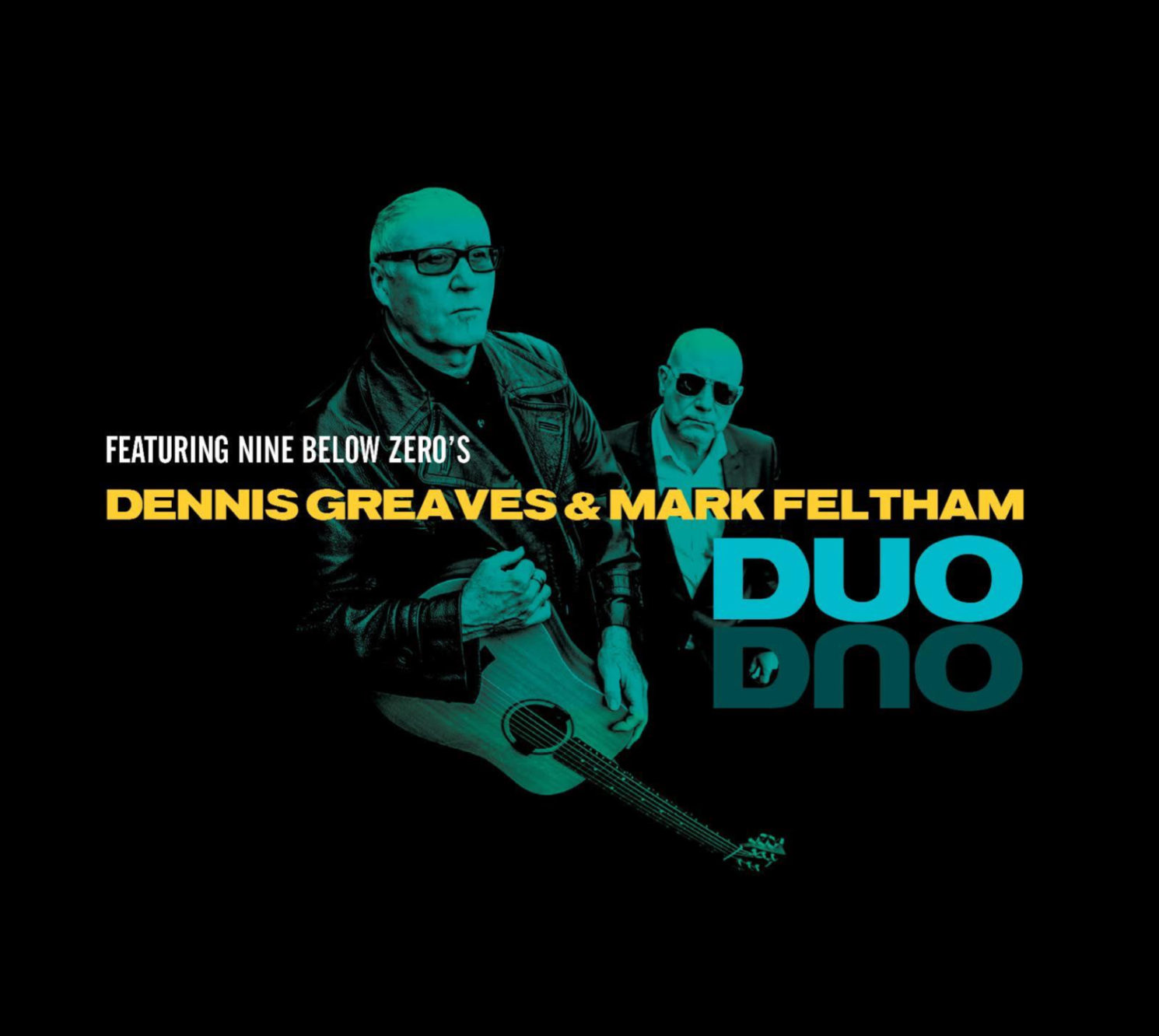 Nine Below Zero’s founding members, Dennis Greaves and Mark Feltham have gone back to their blues roots and are performing a series of intimate, acoustic concerts as a duo.

These are the first ‘old style’ blues shows the pair have performed in the 35 years they have been working together.

The love of the blues began at an early age for both Mark and Dennis. Two of Dennis’ uncles were big fans, and both had big collections of blues albums. It was listening to these records that encouraged NBZ’s frontman to first pick up the guitar.

Mark, on the other hand, had an uncle in the Merchant Navy, who used to bring him back harmonicas from his travels overseas. 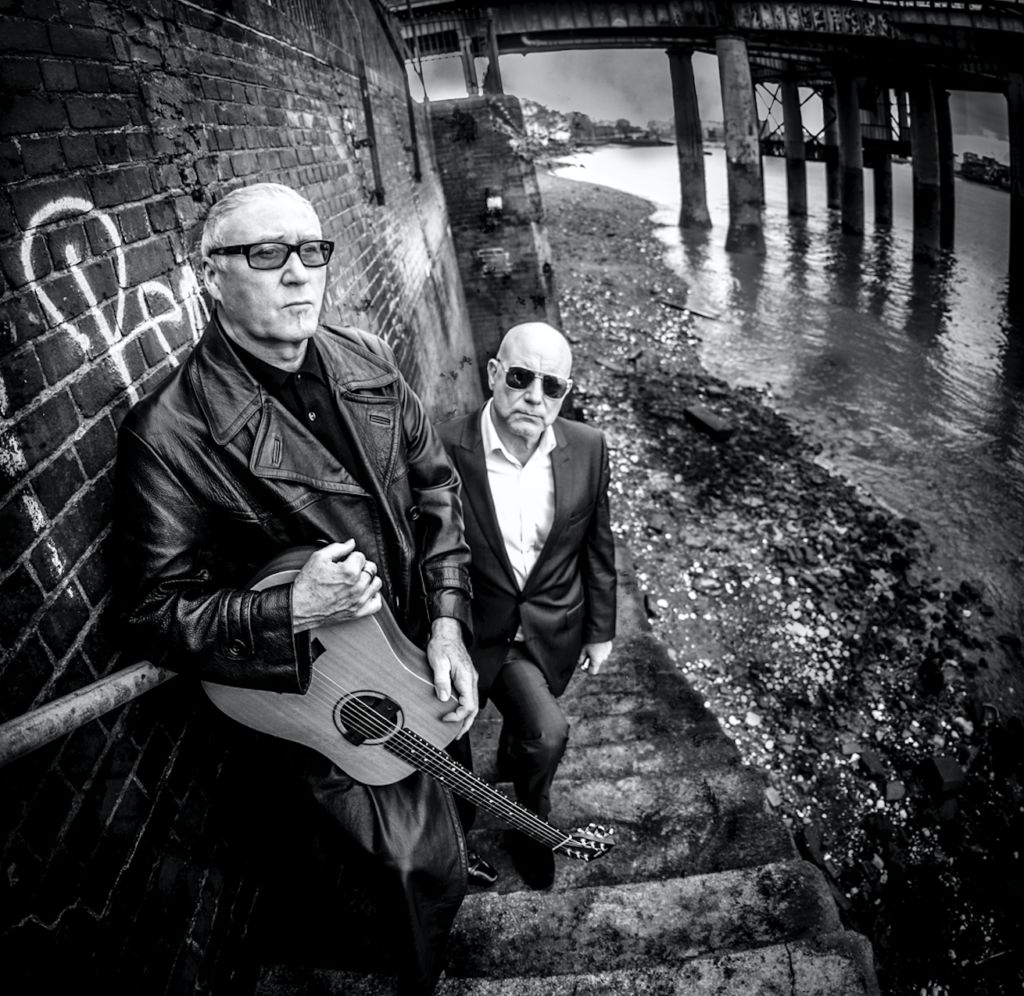 The pair first met in the late 1970s, during the punk era, when Dennis decided to form a blues band and Mark was recommended to him as a harmonica player. By an amazing coincidence, it turned out they were not only living on the same estate in South London but also just 14 houses apart.

The duo released their first album on 6th April 2015 and have been touring the UK in support of it ever since, most recently returning from a successful trip to the Scottish Highlands.

They’ve played in all sorts of places ranging from the intimate environs of St Pancras Old Church to the northerly splendour of Inverness but the shows never fail to bring the fans closer to the band and the musical influences that formed them.

Nine Below Zero, one of the UK‘s finest rhythm & blues bands, are now celebrating the 40th anniversary of their launch in 1979.

In a meteoric rise to prominence on the British blues scene, they signed to A&M Records in 1980 and released the seminal Live At The Marquee album.

By the end of that year, they had moved from selling out the Marquee to selling out the Hammersmith Odeon. High profile tours with The Who and The Kinks followed and although their musicianship was reaching new heights, 1982’s album Third Degree was the last album released by the classic line-up.

Another noted band member from 1991-95 was session harmonica player Alan Glen, who went on to play with The Yardbirds. 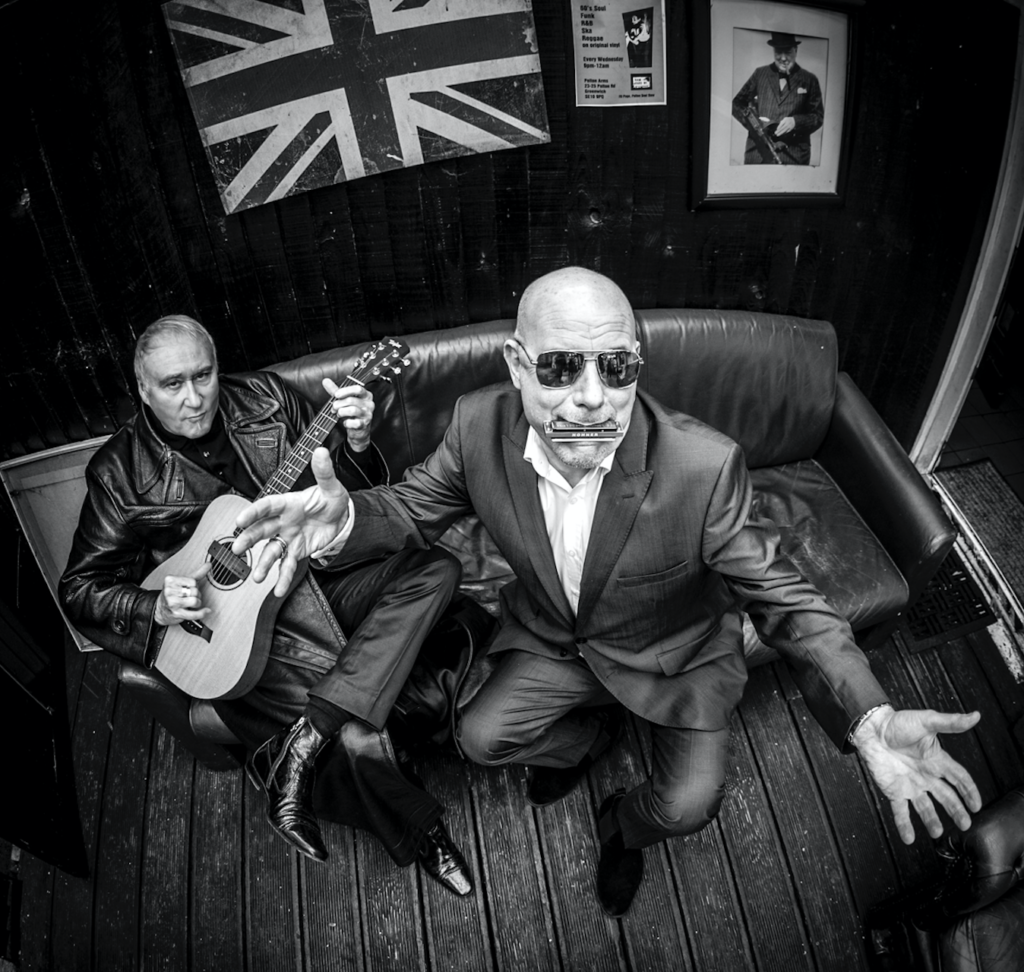 Forty years down the line and Nine Below Zero still tour regularly throughout Europe and the UK, as a four-piece band, with the return of original harmonica-wizard Mark Feltham and drummer Mickey Burkey, and the addition of Ben Willis on bass, playing festivals and concert halls, thrilling audiences with their fiery brand of R&B.

Still drawing their inspiration from Chicago and Delta blues – Dennis Greaves chose the band name from the Sonny Boy Williamson song after all – founding members, Greaves and Feltham, have gone back to their blues roots to perform acoustic gigs, including songs by Sonny Boy Williamson, Sonny Terry and Brownie McGhee, Jimmy Reed, Slim Harpo and Leadbelly, plus unplugged versions of some Nine Below Zero material.

‘‘With these shows, we are really trying to go back to the stripped-down simplicity of early blues being played in its rawest form on acoustic instruments. To see Mark perform in this environment is truly a masterclass and it’s a little daunting for me, to be playing acoustic guitar. No hiding behind the Marshall!”, says Greaves modestly.

The next, and currently the only, acoustic duo show in their schedule will be on 26th April at Mycenae House in Blackheath, London, an intimate 120-seater venue which hosts touring acoustic acts.

A chance to get up close to these legends of the British Blues and R&B scene.

For more info – Nine Below Zero