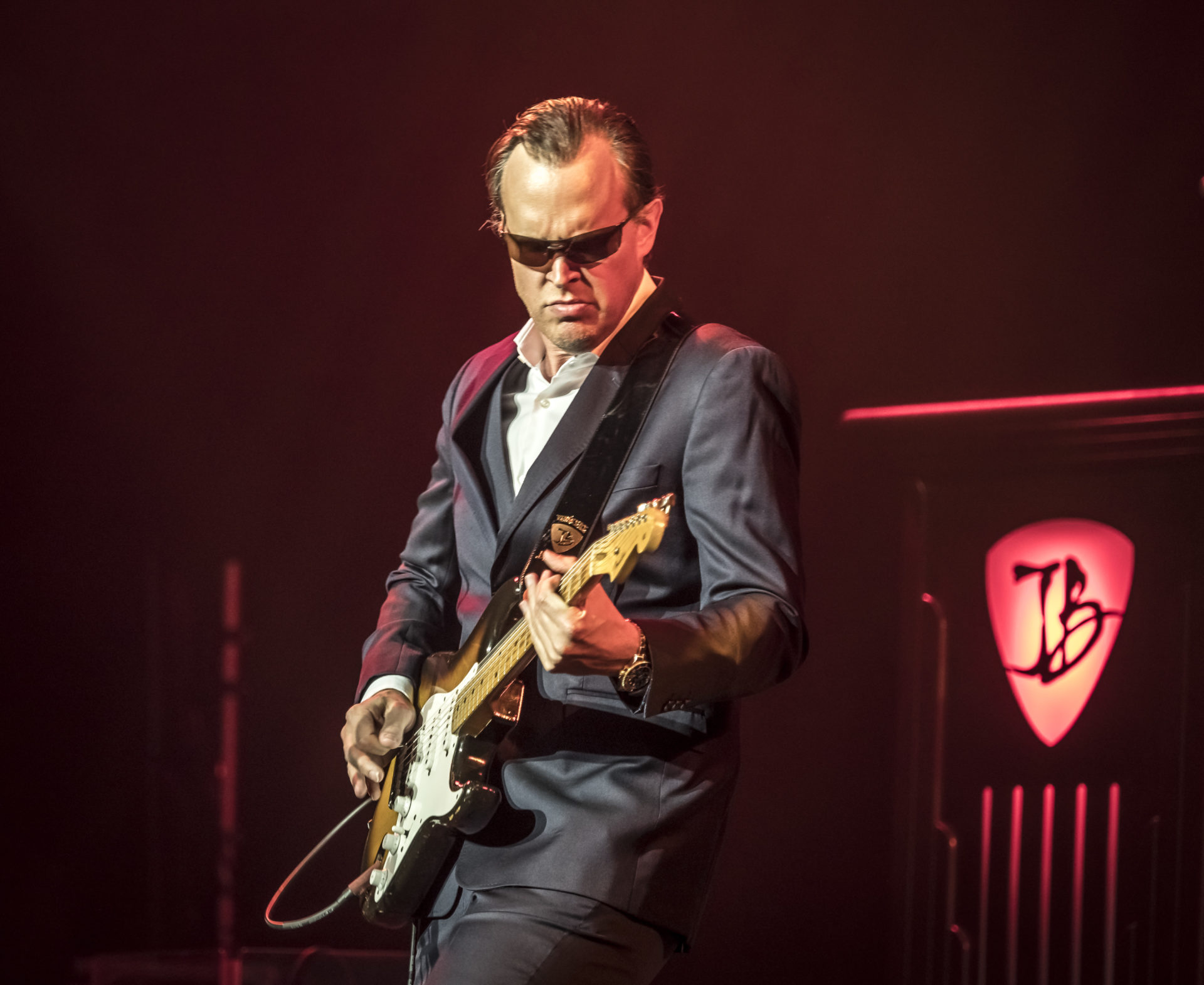 On a mild April evening after the Easter weekend, Joe Bonamassa and his first-class band rolled into the world-famous Royal Albert Hall for the first show in his three-night residency in the capital.

Promptly at 7.30pm, the house lights went down as the sound of Muddy Waters filled the speakers with the 1959 ‘Tiger In Your Tank’. Then the capacity crowd is greeted by Bonamassa wearing a sharp suit and signature sunglasses whilst unleashing the first powerful guitar solo of the evening in the key of E. 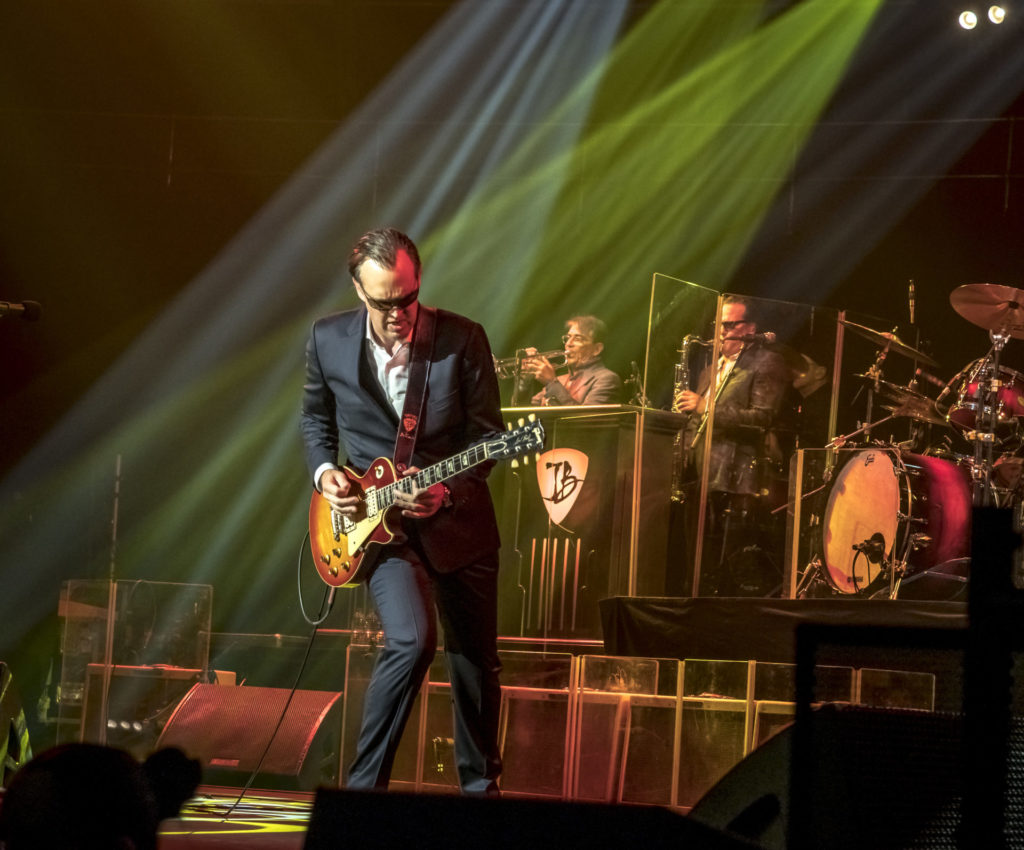 With no messing around in between songs, the seven-piece band then goes into the lively ‘King Bee Shakedown’ taken from Bonamassa’s latest album ‘Redemption’. Rock and Roll Hall of Fame member Reese Wynans was grinning like a Cheshire cat as he provided a fluid keyboard sound with such precision. In addition, we were treated to a snippet of electric slide guitar from Joe which is a rare but satisfying moment.

We then have a passionate drum intro from Anton Fig on ‘Evil Mama’ which is always a sight to behold alongside beautiful backing vocals from Jade MacRae and Mahalia Barnes who according to Bonamassa “flew on a plane for three days from Australia to be here”. A welcome choice in the setlist for sure.

The crisp horns courtesy of Lee Thornburg (Trumpet) and Paulie Cerra (Saxophone and Backing Vocals) combined with Wynans ferocious Hammond solo allowed ‘Just ‘Cos You Can Don’t Mean You Should’ to really shine. 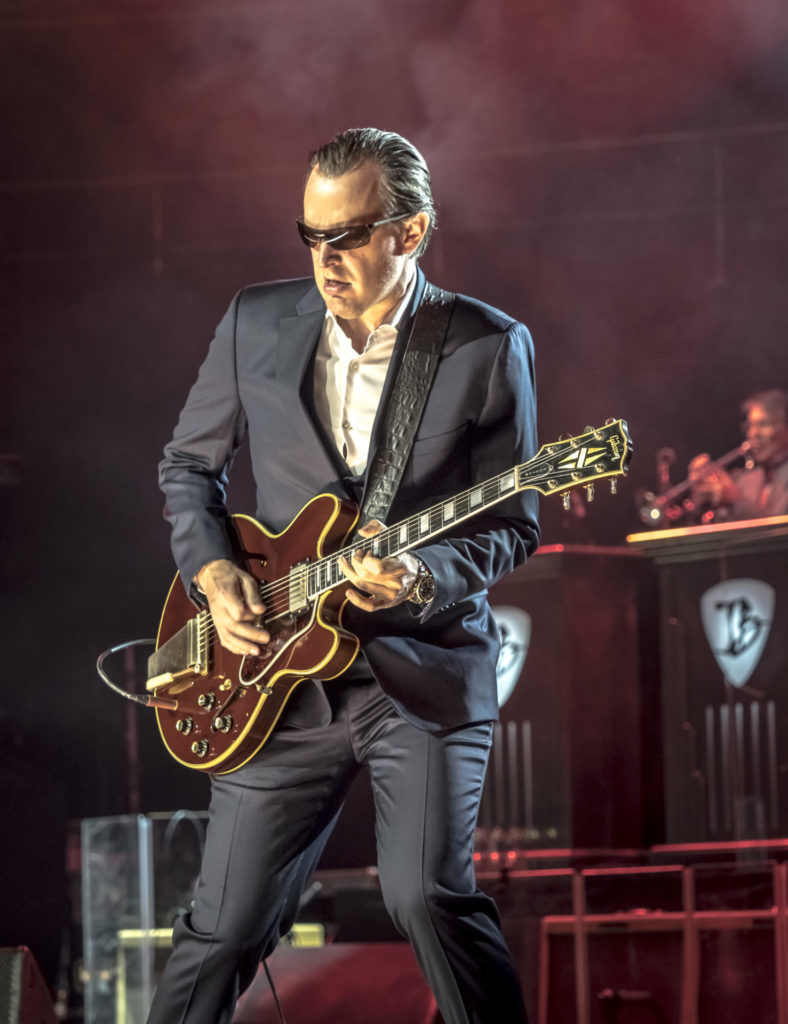 However, it was the emotional ‘Self Inflicted Wounds’ with Thornburg’s Miles Davis-esque/classic detective film muted trumpet intro setting the scene for Bonamassa’s fervent lead vocal that was my personal highlight.

Nashville bass extraordinaire Michael Rhodes kept things grooving along for ‘This Train’ and generated a Sitar-effect for ‘Blues of Desperation’ showcasing his versatility as a player.

The opening notes of live favourite ‘Sloe Gin’ sound like a music box as Wynans keyboard tone fills the hall. As Joe sings the dark lyrics it creates a lump in your throat on this hauntingly beautiful rendition.

It is at this point in the evening when Joe fondly remembers his first performance at The Royal Albert Hall ten years ago on 4th May 2009 and the privilege he had performing alongside the likes of Paul Jones and Eric Clapton.

“I’m getting some grey hairs now and I would love to bring a special guest onstage” Bonamassa explained, before fourteen-year-old Londoner, Toby Lee joined the band onstage for a blistering version of Albert King’s ‘I Get Evil’. Lee and Bonamassa traded riffs much to the crowd’s delight and it was clear that Toby Lee is a future star in the making and I’m proud of Joe for allowing Lee to have such an opportunity. 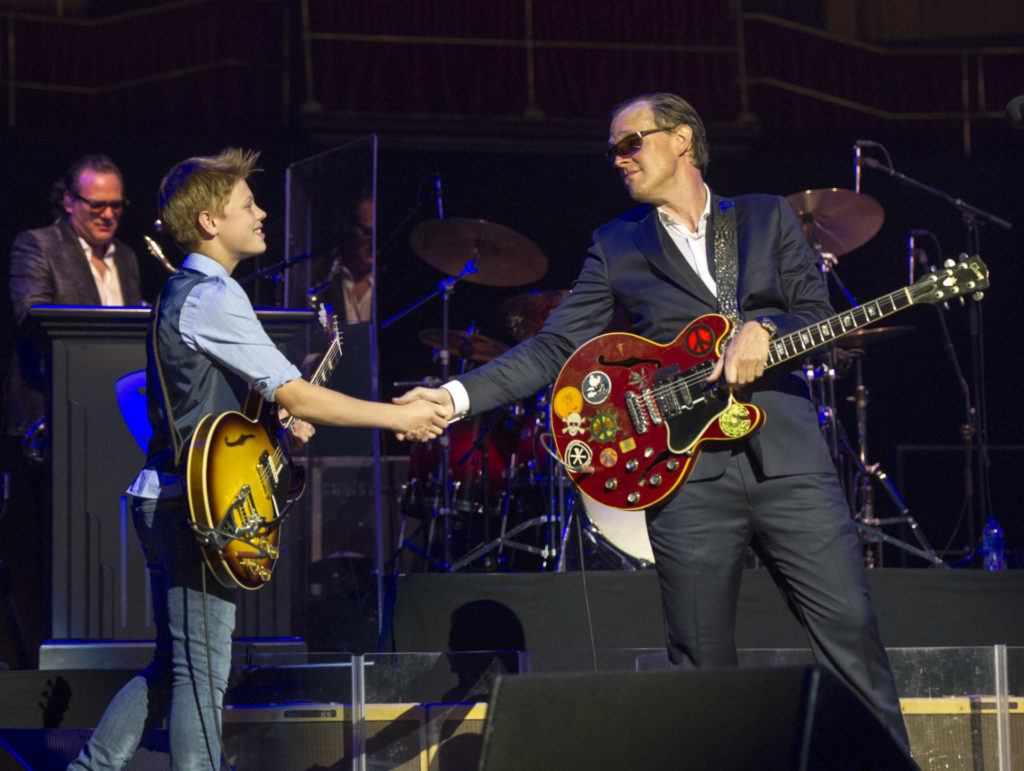 Leaving the stage to enthusiastic applause and cheering, Joe Bonamassa and his magnificent band performed a varied selection of fourteen songs which spanned across an extensive discography whilst at the same time keeping the arrangements fresh and engaging which can be difficult when you have a smorgasbord of material to pick from.

Returning to the stage solo with an acoustic guitar, Bonamassa closed the show with ‘Woke Up Dreaming’ from his 2003 ‘Blues Deluxe’ album in the key of E minor filled with intense solos and a full band performance of ‘Mountain Time’ which brought the evening to a rousing finish.

With a Joe Bonamassa concert, you get blues rock performed by some of the world’s greatest musicians and vocalists, a well-executed stage production provided by the hard-working crew and a man who is a respected bandleader, solid vocalist, a fluid guitarist and most of all an entertainer. 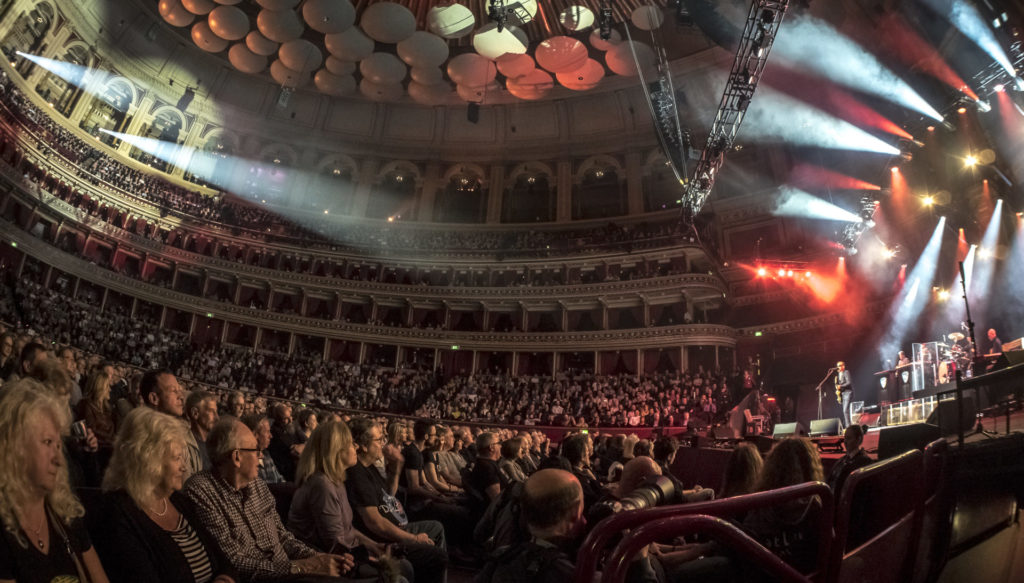 Milano - Roma Blues Sessions 2020
CARLISLE BLUES & ROCK FESTIVAL IS NOW SOLD OUT!
It has been announced that the Carlisle Blues/Rock Fest...
DANI WILDE To Headline London's 100 Club May 28th 2019
When UK blueslady Dani Wilde was a kid she kicked off a...
Davy Knowles Signs to Provogue Record Label
Mascot Label Group, are pleased to announce the signing...