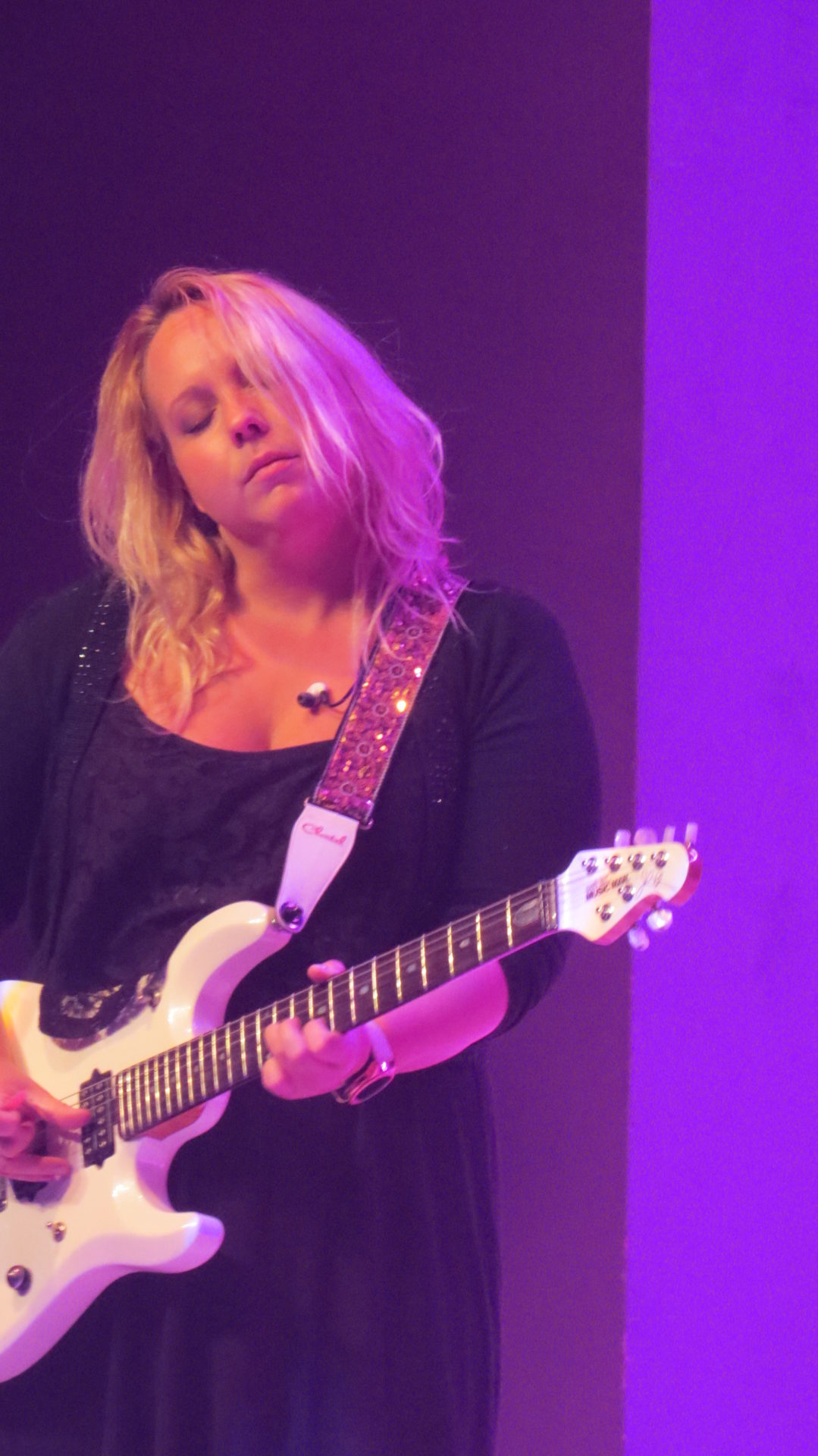 A catch up with Chantel McGregor at The Stables, Wavendon, UK, by Nicholas John.

Back with a bang! Backstage at The Stables, Wavendon, Chantel McGregor talks to Blues Matters about the year ahead and her plans for a new studio album, an acoustic album and a live record.

Chantel, how’s 2019 shaping up so far and what’s in the pipeline?
Great so far! I’m working on an acoustic album at the moment but there’s also a live album in the offing. There are a lot of people out there who want to hear all the extended widdling I do live! And I’m about halfway through writing my third ’proper’ studio album, which could be out this year as well. Like London buses…three come along at once! I’m very critical of everything I do, so it takes me a while to be happy with the songs. The only person I have to answer to is myself, but I’m my own toughest critic, which is why it takes so long. The acoustic one is nearly finished and doing a live one is the simplest of the three, I guess…

Why did you decide to record an acoustic album?
I’ve always loved acoustic music and I love bands that do acoustic music. And playing the acoustic guitar has always been a passion for me. But I only do a couple of acoustic numbers in my gigs, so doing a full album has been a challenge. It came about because we did the Acoustic Festival of Great Britain and we were asked to do a full band set acoustically, which we’d never, ever done that before. I wasn’t allowed to play the electric and we had acoustic bass and just percussion, no drum kit. Shaker eggs, tambourine…..everything! We had to work out a full set – everything being re-worked. “Fabulous” off the first album became a bluegrass song! We turned everything on its head, completely. So for the album, the songs sound completely different and it all sounds great.

If you strip a song right back, you get to the essential ingredient of what the song is about…
Exactly, it was a different angle to the songs. I went out and bought a whole load of new microphones to record with. We still record instrument by instrument, because that’s the way I’ve always recorded, so I feel comfortable with that.

You play solo shows as well, so having an acoustic album out there has got to be helpful? Some of the venues I play the solo acoustic things, they wouldn’t suit the band. We’d be too loud. And it allows me to play to different audiences as well, people who don’t see me in the rock clubs.

And how’s the song-writing going for the next studio album?
The songs for this album are a lot more personal, though I have to say I don’t really like writing personal songs because I find it so hard to play them live. “Home” off the last album (‘Lose Control’) is such a personal song for me and it has taken on a whole new meaning for me since I wrote it, with things happening in my life and so forth. I played it a couple of times live and I was balling my eyes out on stage! Not in the way I had meant when I wrote it, but because it had taken on that whole new meaning. I prefer writing about TV programmes and vampires and stuff! 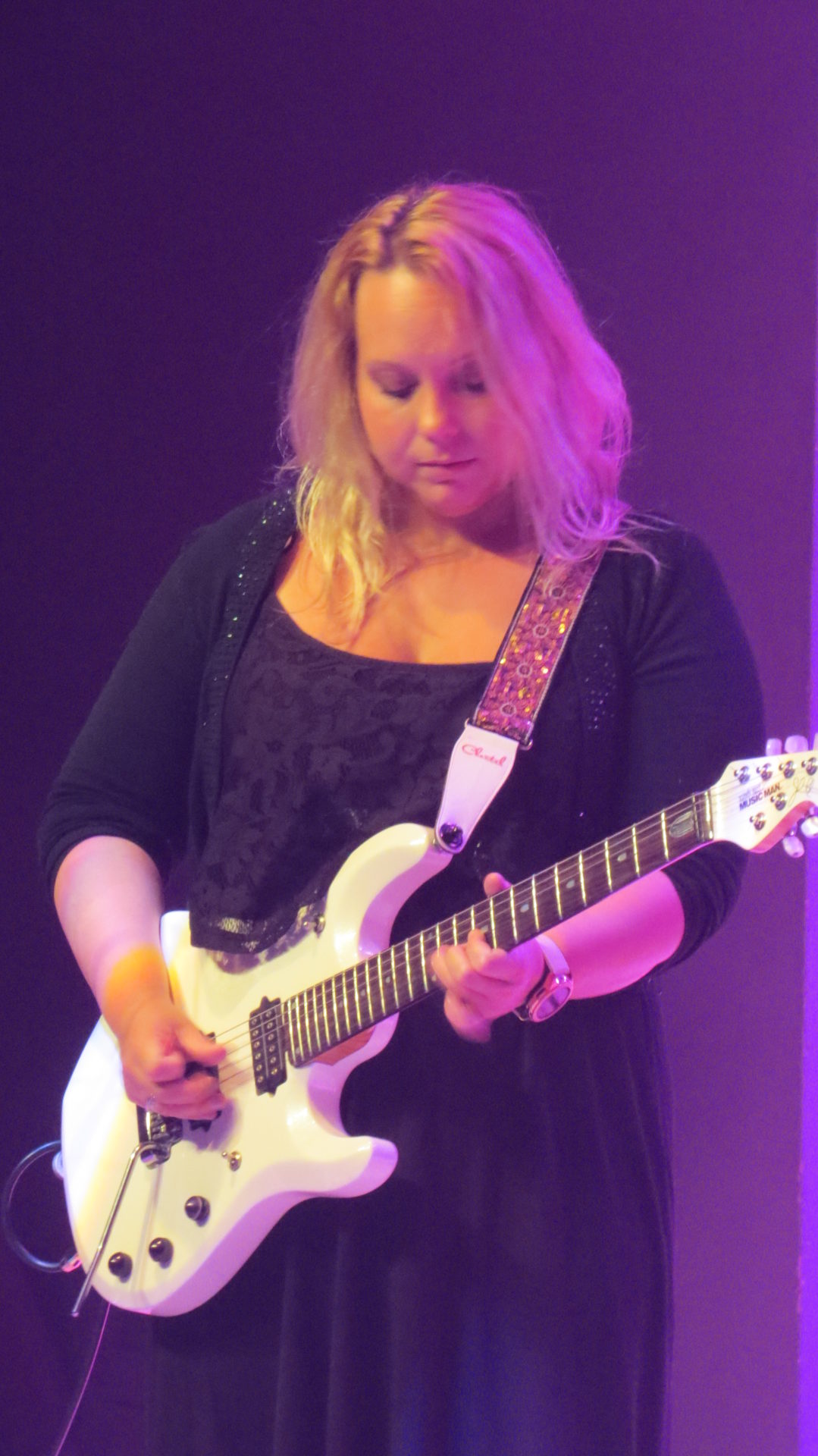 You’re at the heavier end of the blues spectrum. How did you start out and how did you end up on the blues scene?
I think I’ve fallen off the edge actually! I grew up doing jam sessions round Bradford. I was 12 and I’d play at places and they’d say “go on, play a solo”, while they went out and smoked a joint. That’s where I cut my teeth, playing very much from feel. And it grew and grew and I needed to find venues that weren’t “sticky floors” and the blues gigs were where we ended up, doing weird Robin Trower covers! And then it was on to arts centres and bigger rock venues.

Have you found the blues clubs and the scene in general welcoming? It’s traditionally a very male-dominated genre of music…
The blues scene does still kind of have that aura, I guess. It’s still got that thing about playing minor pentatonic scales and singing about your dead dog. I dunno…it should be about more than that. I still get comments about “how amazing it is that a girl can play guitar like that!” But I appreciate that people are being nice and giving me a compliment about my playing, so I’m not going to get too hung up about it. But the comparisons people make can be annoying – I sound different to Joanne Shaw Taylor, we play differently, we’re friends! You wouldn’t compare Steve Vai to Eric Clapton because they’re both blokes and they both play guitar!

Chantel, thank you so much for your time. Final question: what does the rest of the year hold for you?
You mean, apart from the three albums and all the touring?! (laughs) We’re doing Ramblin’ Man in Kent on Sunday this year which will be great! And we’ve got a few more festivals as well. There’s always lots going on!

Audio link for the full interview below…