ERIC CLAPTON Behind The Sun

ERIC CLAPTON Behind The Sun 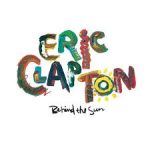 Another Audio Fidelity album released on SACD this is Clapton’s ninth studio album originally released in 1985. Clapton was in fine form both vocally and of course on the fret board, best shown perhaps on Same Old Blues. It was said at the time that the final released version was not the album that Clapton made due to changes by label Warner Bros but the fans mostly liked it and it was a ‘hit’ though not as big as the follow up album August. Eddie Floyd was reported to have said that Clapton’s version of Knock On Wood was his favourite version of his own song which must have made Eric more than happy.