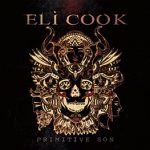 Eli Cook might not be famous in the UK but he is a highly respected member of the group of exciting young guitarists who occupy the space between blues sensibilities and Southern rock attitudes with some aplomb. In fact this is Eli’s fifth album since 2004 and he just keeps getting better all the time. It’s a mark of the esteem he is held in that guests on this release include Leslie West, Vinnie Appice, Tinsley Ellis, Rod Piazza, Artimus Pyle, Pat Travers and many more. There is a high standard of song writing and musicianship throughout. The guests never overshadowing Eli and his core band but adding subtleties and nuances. It’s hard to pick favourites but what the hell! Sweet Thang has a ZZ Top feel intro before settling in to a rockin’ groove with some wonderful motifs courtesy of Tinsley Ellis. High In The Morning is lovely, Sonny Landreth and Reese Wynans helping to create a sultry Southern breeziness to the proceedings. Motor Queen is enhanced by the addition of some driven archetypal Leslie West contributions. My personal favourite has to be Shake The Devil Down, with simply sublime blues drenched flourishes provided by the great Harvey Mandel. Don’t get the idea this album depends on the guest appearances though. The tracks with just Eli plus drum and bass are on a par with everything else. Swing A Little Harder, Tall And Twisted, Burying Ground and the title track itself are all thoughtful well written pieces blending tradition with contemporary superbly. Won’t Be Long sees Eli on guitar and vocals accompanied by just drummer Wade Warfield to great effect. The blues need people like Eli Cook. He feels and understands the spirituality of the history of the music and culture but instinctively takes it forwards by marrying it up with influences from modern Southern sounds. If you are a fan of people like Eric Sardinas or Ryan McGarvey this is highly recommended.