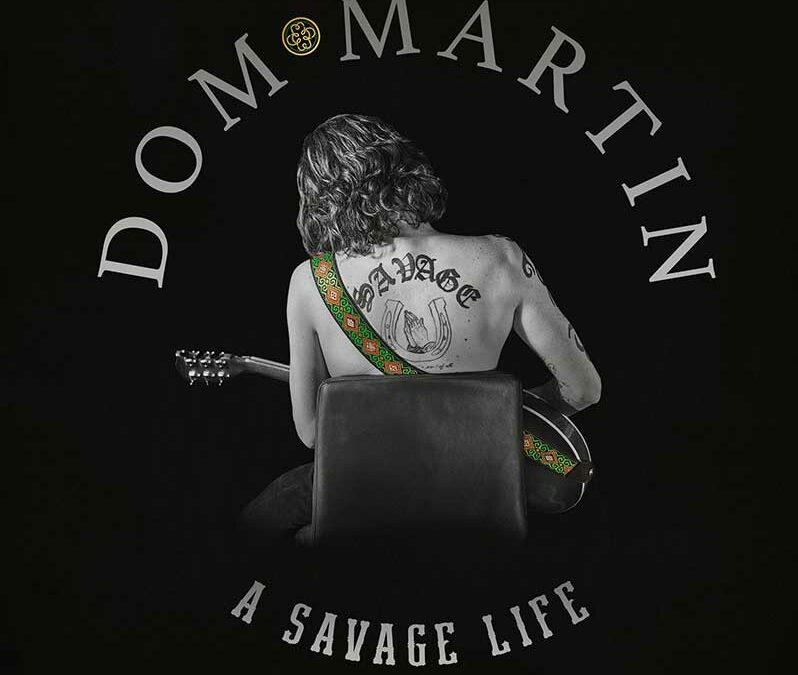 “12 Gauge,” the first single taken from the new album, will be released Friday 28 January and will be available to stream and download from www.dommart.in/music-video

Dom will embark on an extensive autumn headline UK tour to promote the new album, which will also include festival performances.

Produced by Grammy Nominated Chris O’Brien, “A Savage Life”was recorded in Belfast and Dublin during the second half of 2021. The new album features all songs arranged by Dom (guitar and vocals), with stellar musicianship from Dave Thompson (bass guitar) and Laurence McKeown (drums).

“So, this is the dreaded second studio album,” says Dom. “In some respects, the new album is like my 2019 debut album “Spain to Italy,” but still very different,” says Dom. “It’s a mixture of acoustic solo and electric just like the first one, however, on this new one, I really wanted to keep this album under-produced so I can reproduce the tracks in a live setting. Similarly, to the Spain to Italy album, the tracks on A Savage Life are mostly based on my own life experiences.”

“I seldom like listening to my own work, but I am proud of what I’ve done on the new album. I think I’ve got that under-produced sound I wanted. Many of the tracks were just one take and that’s the way I like it.”