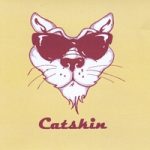 This album opens innocuously with Rollin’ Man, and honestly it did little or nothing to stir me to enthuse gushingly over Catskin. The guitar work though is a shining light in the gloomy lyrics of this and the second track Hoochie Coochie Man. Fortunately the quality of singing itself was a saving grace from these opening offerings lyrically. Throughout the album though the guitar and percussive skills of the three of them is showcased to the extent that Catskin may want to consider an instrumental album in the near future! There is absolutely no questioning the sound that Messrs Cox, Webster and Marc produce and they do it consistently on this album, the question for me is the vocal efforts which sound almost as though they’re a product of 60’s pop music and not the blues. Cold Woman has a shade of “Blues” vocals about it, topped with superb guitar from Neil Marc. Likewise Stormy Monday has the full range of their musical ability with dynamic string work from both guitar forms and sympathetic drumming to stimulate your senses. The final track Messing With The Kid peaked their music with a belter of rocking guitar work. Would I go out of my way to secure Catskin as an album? Not for the singing, but for the raw rock/blues sound perhaps!