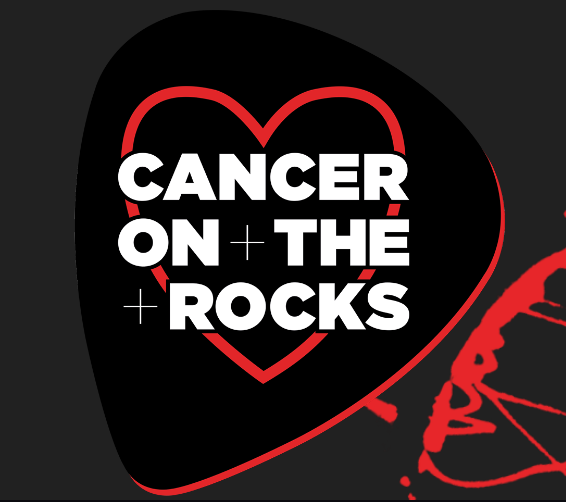 Cancer On The Rocks, a two day festival in aid of Macmillan Nurses, takes place for the first time this year in London.

Skyfire Records, Rick Palin has previously held it in the north but after moving his offices to London it then made sense for Skyfire to reroot it down south.

Explaining the reason behind the event Rick Palin said “We’ve all lost people we know to Cancer and Macmillan do an incredible job. I know first-hand from the support they gave my own family.  I wanted to give something back. But Cancer On The Rocks is not just about fund-raising it is about celebrating life too. And what better medium to celebrate life with than music.”

Joining headliners Romeo’s Daughter on Saturday are upcoming rockers Collateral, Weapon UK, Gypsy’s Kiss and Blurred Vision. (The latter, who appeared at this year’s Download festival and are already announced for next year’s Rambin’ Man, have already done their own bit for charity with the John Lennon tribute concert on October 9th in aid of War Child.)

Organiser Rick Palin of Skyfire Promotions said “It is with great regret that we have been forced to take the decision to cancel the second day of the festival this year. Due to circumstances beyond our control, the 24th will now not be going ahead as previously announced.

The good news is that November 23rd will still be running as planned and we are delighted to welcome Superfecta to that line-up in replacement of Weapon UK.”

All ticket holders for the Sunday show can either transfer their tickets to the Saturday (just turn up at Bush Hall on the day with the ticket) or apply for a full refund to their point of sale.

In addition to the Superfecta performance on Saturday, another bonus is in store for existing ticket holders.

“For those who wish to transfer their Sunday tickets to the Saturday and for those who have already bought their Saturday tickets, we will be giving a £10 discount in recognition of any inconvenience caused. This can be collected on the door on the production of a ticket bought in advance at the original price or, of course, it can be donated to Macmillan Nurses, the charity this is in aid of.”

Tickets are on sale now from the venue and online at www.cancerontherocks.co.uk priced £30 for each day or weekend tickets are £45. In addition, as a special introductory offer for this new festival, early-bird purchasers of tickets will each receive a FREE CotR T-shirt. 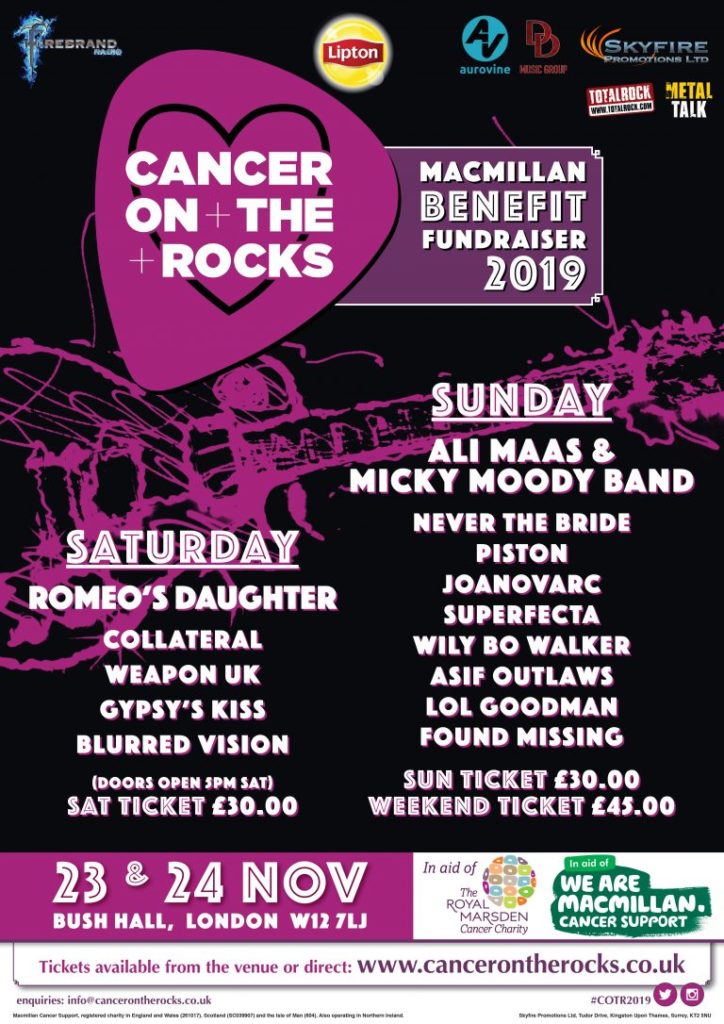 For More Info – Cancer on The Rocks