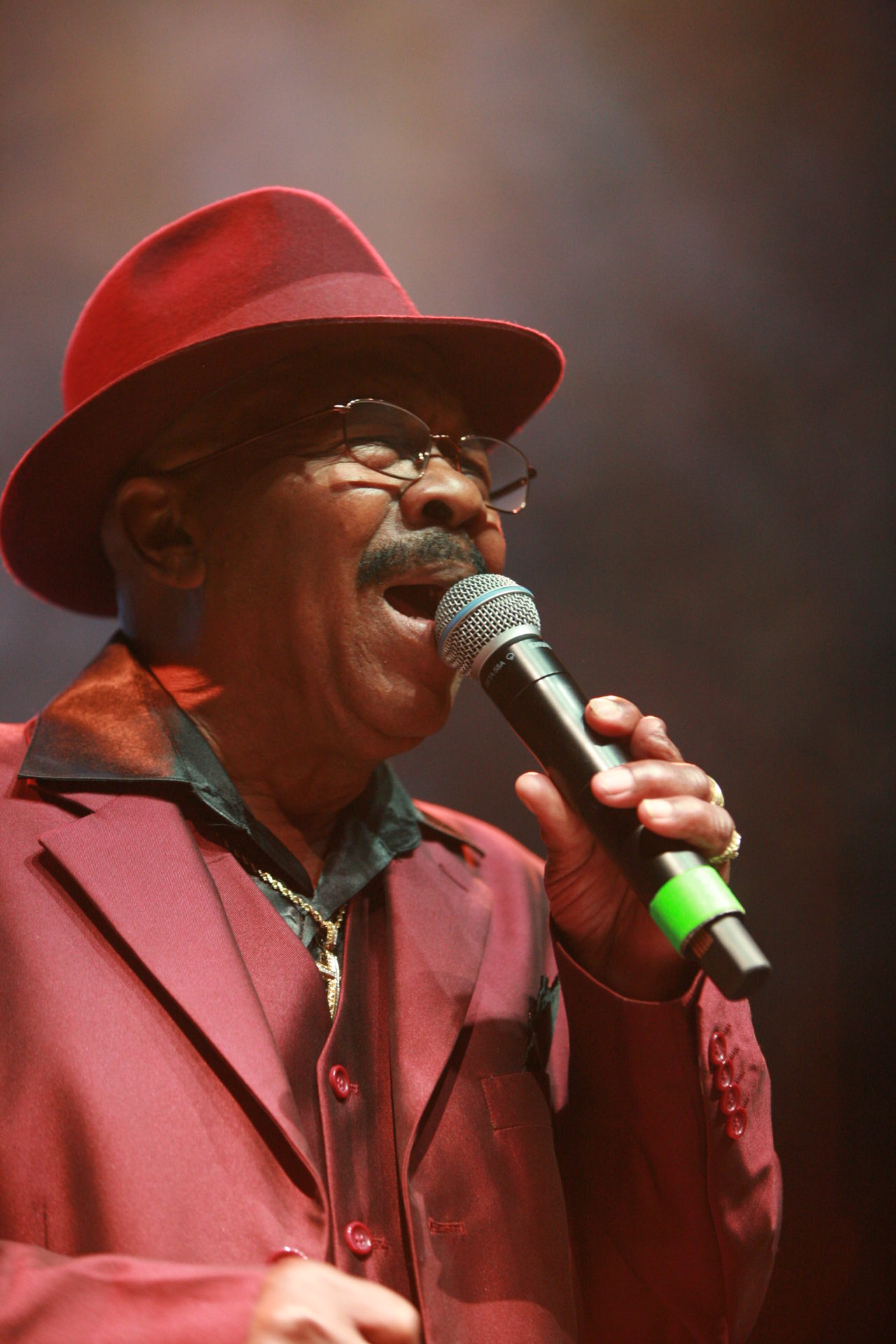 The world’s greatest soul singer has sadly passed away at age 77. Standing at only 5ft 2″ he was a blues giant and adored by everyone lucky enough to catch one of his beautiful and heartfelt performances.

The news was announced on the late singer’s Facebook page with a post from Blue Dot Records owner Christine Vitale.

“It is with deep sadness and a broken heart, I share the devastating news of the passing of the greatest singer in the world, a great friend, “a giant at 5’2” – Wee Willie Walker.

Funeral and memorial arrangements TBA. RIP Willie, I love you.”

Born 23rd December 1941 in Mississippi, and raised in Memphis where he soaked up the blues and soul vibe before moving to Minneapolis in 1959. Sadly, Walker did not receive the recognition he deserved until his later years. 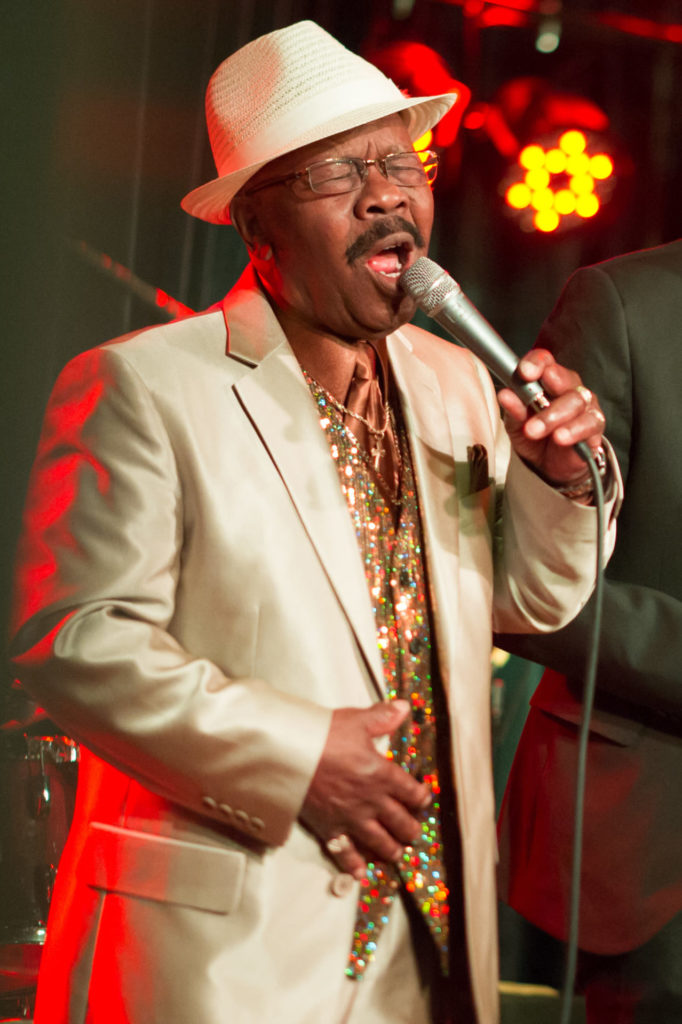 Artist and friends around the world have posted many tributes to the soul legend on Facebook. Christoffer Lund (Kid) Andersen said, “I have no words. Just found out that Willie Walker suddenly passed away. I’m devastated and speechless. There is nobody like him in the world. All I can say right now is Thank You, Willie, you made this world and my life so much more beautiful.
I love you, Willie, and I love God for making you and putting you on this earth.”

In another post, Kid shared he said, “I wanted to share this. Willie’s last recording here at Greaseland.
Little Village put it out as a free download, and I made a YouTube video of it.
I didn’t want the video to distract from Willie’s performance, so I uploaded it to Soundcloud.

If you take just a few minutes to listen to a song, you will be very glad you did.

In 2018, Wee Willie Walker and The Anthony Paule Soul Orchestra were nominated for Album of the Year (After a While), Song of the Year (“Hate Take a Holiday”), and Soul Blues Album (After a While), with Walker himself nominated as Soul Blues Male Artist and Instrumentalist Vocal at the 39th Blues Music Awards. There were no wins, but five nominations meant that Wee Willie Walker had finally been recognised in the blues world.

Star Tribune reports; Walker’s resurgence began about five years ago when blues harmonica star Rick Estrin was performing in Minneapolis and a friend invited him to go see Walker at Shaw’s in northeast, his weekly gig with Metsa.

“He couldn’t believe that I could be in what he called a little dump like this,” Walker told the Star Tribune last year.  “A few months after that I was a passenger on the Blues Cruise and I did a whole show with Rick and the Nightcats and from that day on, I got some recognition.”

That connection led to Walker’s Estrin-produced album, “If Nothing Ever Changes,” in 2015 and 2017’s “After a While” with the Anthony Paule Soul Orchestra and lots of acclaim and opportunities.

Last year, Walker was named most outstanding males blues singer at the 25th annual Living Blues Awards. In recent years, he has performed in Italy, France, Argentina, Denmark and Brazil, among other places.

Rick Estrin also paid tribute via Facebook; “I’m stunned and heartbroken – Willie Walker was the world’s greatest soul singer – period. He was a genius. He could hear a demo one time, and while reading the lyrics, sing the song maybe 2 or 3 times (just so Kid and I would have options) and absolutely break your heart every time with a different, nuanced interpretation.

Willie could add his personal touch to a melody that just 5 minutes ago, sounded a little pedestrian and maybe semi-generic, and suddenly, it was transformed into something simultaneously majestic and heartbreaking. As a vocalist, he was equal to only the very best – He belongs right in there with people like Johnnie Taylor, Sam Cooke, Billie Holiday, Frank Sinatra and George Jones.
His artistry, his personality, his laughter and his smile, won’t be forgotten. Willie Walker had a heart as big as his talent.”

Kid Andersen also added this – “Willie Walker will live forever.
This never before heard live track is from our show in Basel, Switzerland last year. Thank you, Patrick Kaiser for putting together a gig we will NEVER forget!

More recently Walker had been touring and performing with the Anthony Paule Orchestra, who also paid tribute to him today by saying, “RIP Willie Walker 12/23/1941 to 11/19/2019. I can’t believe our pal and musical partner is gone. We just gave each other a giant hug at Sacramento Airport only 23 hours ago. Willie had a huge heart and a love of life that makes this news very hard to believe.”

Teri Odabi who also performs with the AP Orchestra said on Facebook “My heart physically hurts. Always pleasant, always loving, always a delight to share the stage with. Never again will I hear,

Willie: Hey…….Have I told you today that I love you? Me: No

Willie: Well I do and don’t you forget it. Me: I love you too Willie.

You see from what I know, Wee Willie Walker loved everyone and I am so happy to have been one of many. It gave me so much pleasure to see Willie receive long-overdue accolades. As he told me, he earned it and I couldn’t agree more Willie Walker.”

After A While, written by Christine Vitalie and performed with the Anthony Paule Orchestra.

Peter Astrup from Blues Heaven Festival also paid tribute via Facebook by saying, “So very sad to learn of the passing of Willie Walker (Nov. 23, 1941 – 19, Nov. 2019) today. He was at Blues Heaven in 2017 and 2018, where he also was honoured with the “Wall of Fame” ceremony in 2017 at Arena Nord. He told his fascinating story at the “Blues Talk” event and even jammed at Freddy’s Bar with Mike Ledbetter (RIP), Kilborn Alley and Toby Lee.

Even at 156 cm high, for many of us, he will always be among the greatest. Besides his singing, he was the sweetest man, always with a big smile, and hug, and always full of love and tenderness. My thoughts go out to his wife Judy and the family. I also will say thanks to Christoffer Lund Andersen and the rest of The Nightcats (2017) and Anthony Paule (2018) for bringing Willie to Denmark. I met Willie for the last time in July at Poretta Soul Festival in Italy, where his picture was on banners all over town. Wille and Judy just smiled all week.