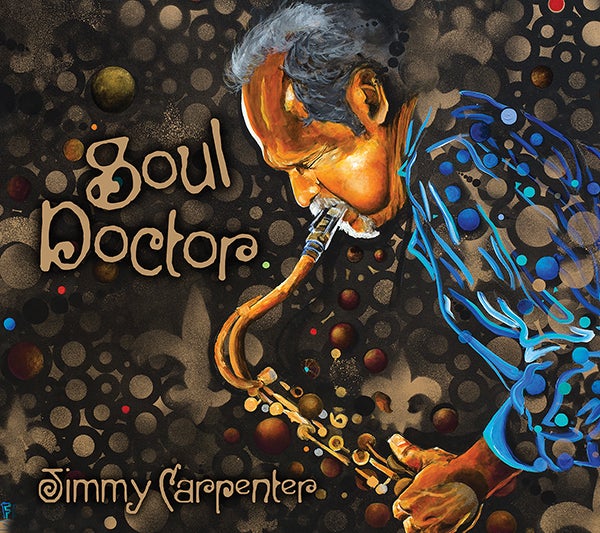 Soul Doctor is an exciting new studio album from saxophonist/singer-songwriter Jimmy Carpenter and its out on Gulf Coast Records.

Jimmy was excited to be invited to record on Gulf Coast Records, which was founded by his long-time friend and frequent collaborator, Mike Zito, and new friend Guy Hale.

Soul Doctor is Jimmy Carpenter’s 4th solo project and it was produced by Jimmy and recorded in Las Vegas at Nonebody Studio 1. 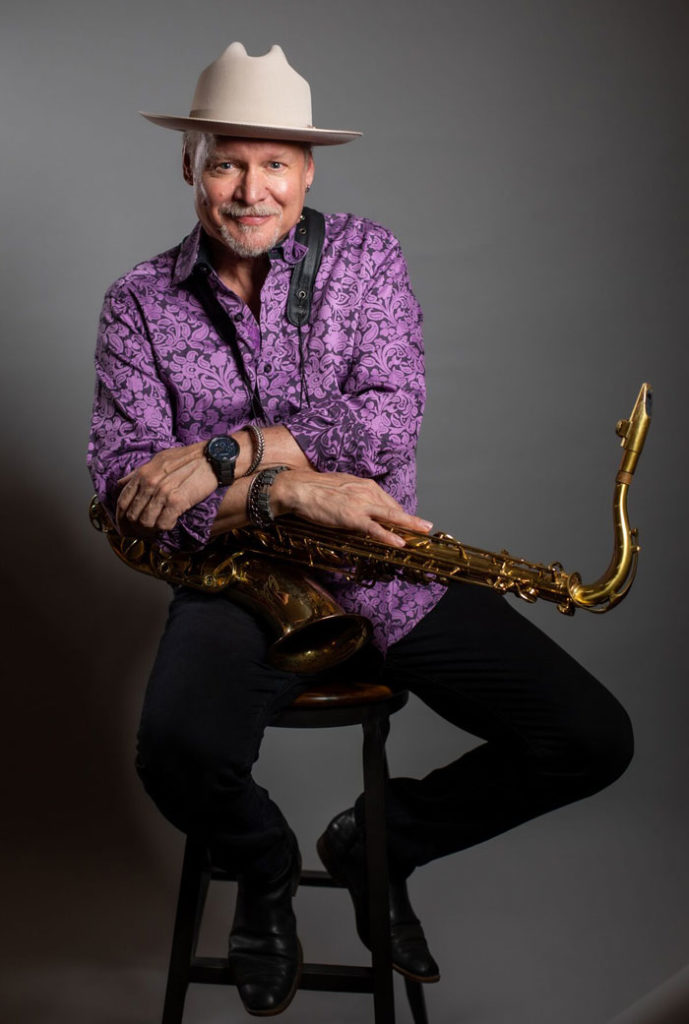 Soul Doctor contains 10 songs, 7 of which are original compositions that Jimmy wrote or co-wrote. He successfully collaborated for the first time with Guy Hale (co-founder of Gulf Coast Records) on the tunes Soul Doctor and Wrong Turn.

Setting the tone for the album, the title track, Soul Doctor, is a straight-up blues with a soul twist on the chorus. Special guest Nick Schnebelen just happened to be in Las Vegas, and joined Jimmy in the studio for this tune, adding his guitar expertise to the track.

When I Met You, originally written as a country bluegrass song, was revamped with a Memphis groove, complete with horns, soul guitar, and beautiful harmonies sung by Carrie Stowers, the inspiration for the song.

Love It So Much, with it’s Bender Brass horns, funky guitar and organ, driving bassline and New Orleans 2nd line groove, is the perfect song to describe Jimmy’s love for Crescent City, and his continued internal conflict between being a road dog musician and having a “normal” home life.

Need Your Love So Bad, by one of Jimmy’s favourite singers, Little Willie John features Chris Tofield on guitar and a beautiful, sultry tenor sax solo by Jimmy. Mike Zito once said to Jimmy, “Do you want to be right, or do you want to be happy?” That question stuck with Jimmy and was the inspiration behind the song Wanna Be Right.

A Coasters classic, One Mint Julep, which Jimmy enjoyed performing for years with Walter Wolfman Washington and The Roadmasters, was re-worked as a funky instrumental. Based on a guitar lick that Jimmy wrote, Gulf Coast Records co-founder Guy Hale provided the lyrics for Wrong Turn, on which Jimmy plays guitar, with Trevor Johnson on slide throughout, and a wild harp solo by Mr Al Ek.

Next on Soul Doctor comes LoFi Roulette, a noir-ish vibe the band took as “lo-fi” as they could, with Chris Tofield contributing a blistering guitar solo and spooky organ by Red Young.

Finally, Jimmy has been a long-time fan of Muscle Shoals guitarist/singer/songwriter Eddie Hinton since they met in the early ’80s. Hinton’s Yeah Man, with its positive, encouraging message, seemed to Jimmy to be the perfect way to end his upbeat and (mostly) happy album, Soul Doctor.

Jimmy is also the musical director for the Big Blues Bender in Las Vegas, and he is the president of the Las Vegas Blues Society.