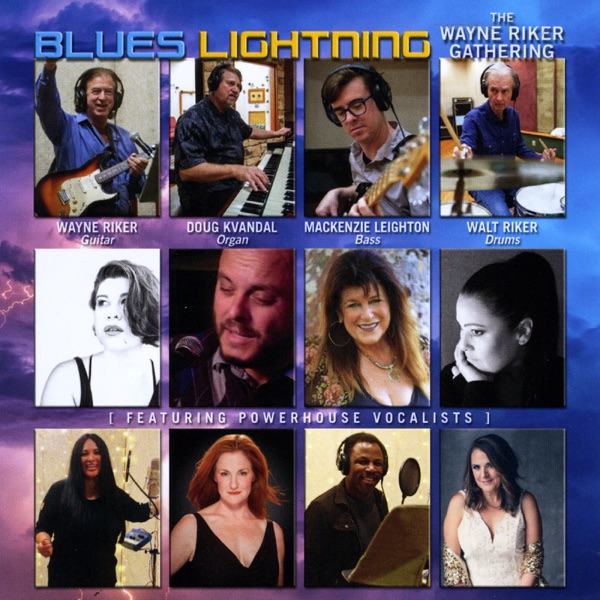 Wayne Riker has dedicated most of his professional life to the Guitar, particularly the Blues element, he has written books and produced Teaching guides on the subject and has come to it with plenty of distinction having started playing in bands in the late sixties in New York’s Greenwich Village and later studied and became a member of the Guitar Institute in Los Angeles.

This album release follows a similar format to other recent releases (Blues Convocation, R&B Thunder), with a four-piece band providing the ammunition for six individual Southern Californian Blues vocalist to perform Blues classics, the results are superb but oh so frustrating as there are only six tracks on the album totalling less than twenty five minutes in length, which is criminal given the talent on show.

These six tracks were recorded live with limited audience participation, the quartet provide some excellent musicianship, Wayne Riker is exemplary on lead Guitar playing some fluent solos alongside the thumping B-3 Hammond organ played by Doug Kvandal, it is not clear who chose the material recorded here but whoever did made a good choice, the highlight is Samuel Maghett’s (Magic Sam) song That’s Why I’m Crying which is sung beautifully by Michelle Lundeen who draws raw emotion from the lyrics, supported with some fiery lead guitar from Wayne.

This is a wonderful showcase for the Southern California Blues musicians but for me it is an opportunity missed as another five tracks in a similar vein could have made it an indispensable album although it has brought the talented guitarist Wayne Riker to my attention.