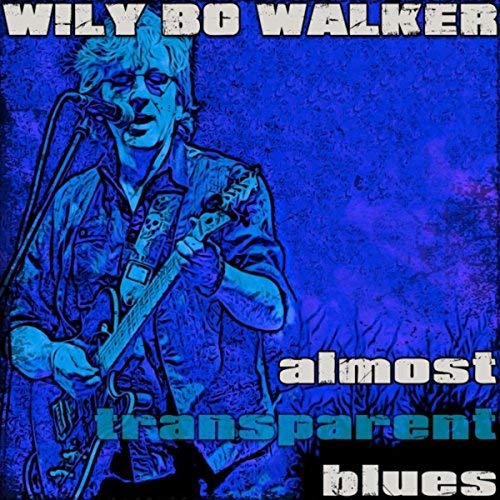 Wily (pronounced Whiley) Bo Walker was born in Scotland but has contrived to play and sing blues (and gospel, R ‘n’ B, soul, and rock) so convincingly that he has been inducted into the U.S. Blues Hall Of Fame.

On the strength of the music on this album, it’s perfectly easy to see why.

The band’s take on Fenton Robinson’s classic Loan Me A Dime is an object lesson in how to take a well-loved (and frequently played) standard, and make it sound as though it’s theirs, bought and paid for.

Guitarist, Ed Brayshaw rips out his guitar solo over a tasteful gospel backing vocal sound, taking it to the fade, but only after Wily has poured his entire being into a smoky, lost and lonely vocal tour de force.

Next is, I Want To Know, written by Wily himself, and he sounds as American as Jack Daniel’s, and as smooth and traditional.

It’s the arrangements that make this album – the careful use of Hammond, the male and female vocals drifting around in the background, this is gospel blues as it should be.

Variety is a rare commodity these days, so the steel guitars around Loudon Wainwright’s Motel Blues give Wily a chance to pour his honey-gruff vocals over the lines of one of the finest songwriters ever to pen a song.

No time to get maudlin – next up is the rollicking swing of Did I Forget, horns bringing the atmosphere from New Orleans into your ears.

Sometimes you get the complete package all on one album – the playing, the feel, the emotion, the atmosphere, it’s all here packed into these eleven gems.

The joys just keep on coming, too many to be detailed here, so the strongest of recommendations to acquire this album is sent out to everyone who loves quality musicianship, used to deliver songs written and sung with the deep understanding of someone who has blues in his very soul.

This is my album of the year so far!