WILLE and THE BANDITS – RESCHEDULED TOUR 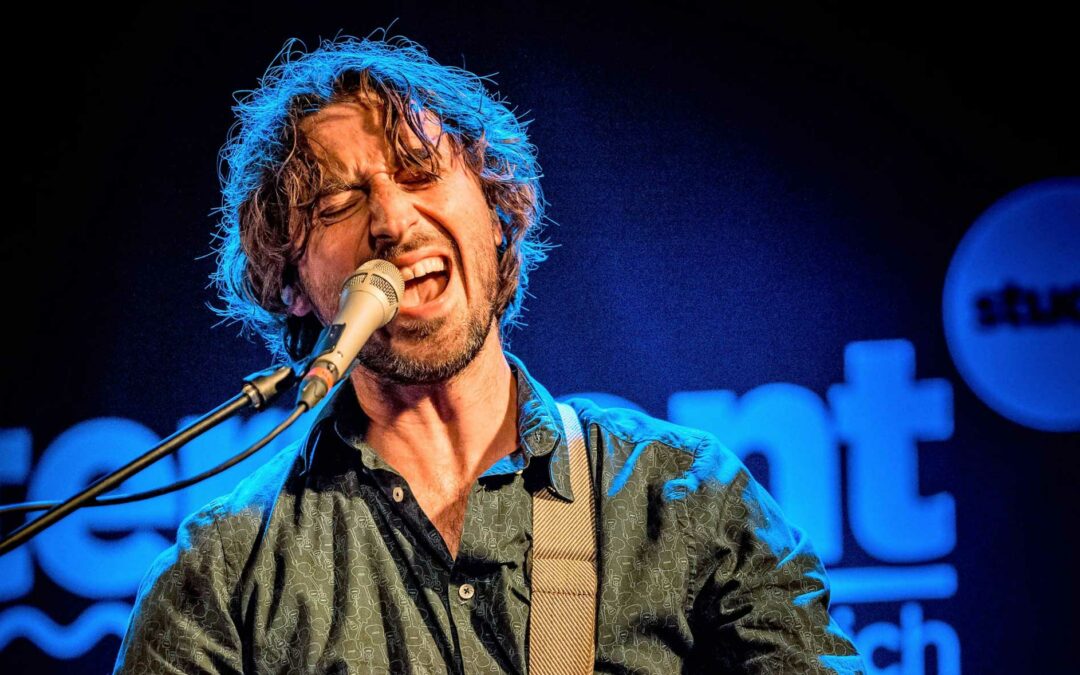 Wille & the Bandits are hitting the road for their 26-date tour of the UK with a brand-new album and a live show that will make the two-year wait worth every second. Every day of this touring hiatus has given the band new energy and ideas that will only serve to add to the dynamism and creativity that the band channel to their audience. Special guest on all shows is Troy Redfern. Tickets are available from www.willeandthebandits.com. 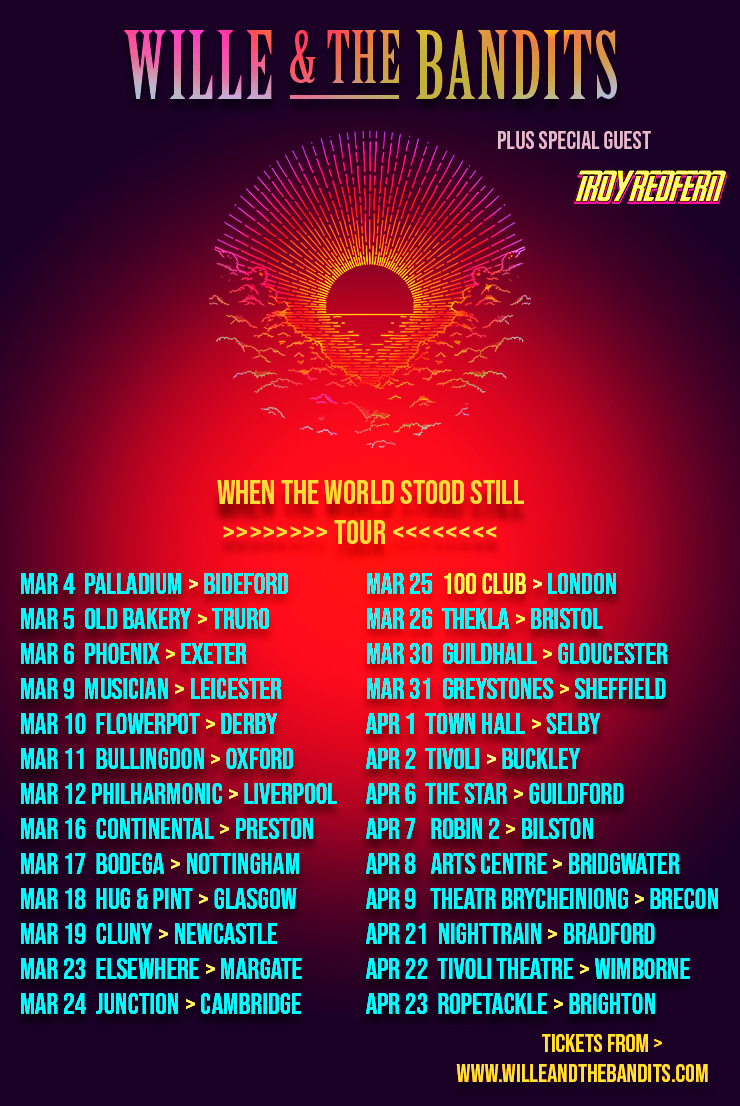 The “When the World Stood Still” tour will follow the release of the Bandit’s forthcoming highly anticipated album of the same name. The album documents a moment in time that the whole world will never forget, a time where each person on the planet has felt repercussions in one way or another.

The album was recorded in one of Britain’s most iconic recording studios, Sawmills, with one of its most talented producers, John Cornfield. This coupling has, in the past, produced some of the most ground-breaking albums of the last 30 years – Stone Roses (“Fools Gold”), Oasis (“Definitely Maybe”), Supergrass (“In it for the Money”), Robert Plant (“The Fate of Nations”) and Muse (“Showbiz”). Wille & the Bandits “When the World Stood Still” sits comfortably with these albums.

Wille & the Bandits are lauded for their live performance; impressive musicianship and expertly crafted song writing, delivered through an immense and immersive sound. The impact is mesmerising, the effect is transcendental. This is what keeps fans coming back for more. In addition to the lead guitar, lap steel guitar and lead vocals of Wille Edwards, the sound of the band is set to become even more well-honed, rhythmic, and dynamic with a brand-new rhythm section composed of Tom Gilkes (drums, percussion) and Harry Mackaill (bass, keyboards). To add a whole new element to the music the band now also features Hammond organ and second guitar with the multi-instrumentalist Matthew Gallagher (Hammond organ, guitar, percussion) second making up a four-piece.

“I’m very excited by the new line-up”, says an enthusiastic Wille Edwards. “Our music was starting to have layers within it that were beginning to be impossible to do justice to as a trio. With a band of multi-instrumentalists and a drummer who is technically outstanding, yet plays to what the song needs, we are able to achieve live what I thought might only be possible in the layers of a studio recording.”

Wille & the Bandits are impossible to pigeonhole. They are musically as diverse as Lady Gaga’s wardrobe. They adopt the musical essence, nostalgia, and discovery of the late 60’s and 70’s and mix rock and roll, funk, and soul to create something fresh and wholly unique.

Wille & the Bandits have toured with world-class acts: Deep Purple; twice with Status Quo; Joe Bonamassa who found Wille to be a “superb slide player”, and Warren Haynes. In 2014 they were voted in the Top Ten Bands to see at Glastonbury Festival.

They’ve played festivals and events including Isle of Wight, Rambln’ Man Fair, Steelhouse, Peer Blues, Boardmasters, and the London Olympics. They were invited to perform at Les Paul’s own Jazz club – the world-famous Iridium venue in New York City.

The upcoming tour will feature songs from the new album; tracks that are on another level to that which the band have produced to date. Each song has been crafted with care and attention to detail, worked and reworked, filled with all the emotion and tribulations of during a time that has been strange and tragic, with moments of clarity and moments of reflection. Each of Wille’s songs tell their own stories, but there is also a cohesion between the tracks that tells a bigger story of “When the World Stood Still”.

In addition to tracks from the new album, the band will also dig into their extensive back catalogue. Fans who have followed the progression of tracks such as “Angel” are used to witnessing the evolution of individual songs as they become ever more mesmerising; they can expect to hear tracks they have become well acquainted with morphing and altering, venturing into Pink Floyd-esque landscapes and Led Zeppelin style riffs that take the listener on a deeper musical journey.

For these shows expect original ballads that feel familiar, funky grooves to get you irresistibly moving, massive riffs to rock out to, eight-minute instrumentals that mesmerise, and real songs with melodies will enter your soul and stick with you.