VIDEO PREMIERE – “Love on the Rocks” from Lauren Anderson 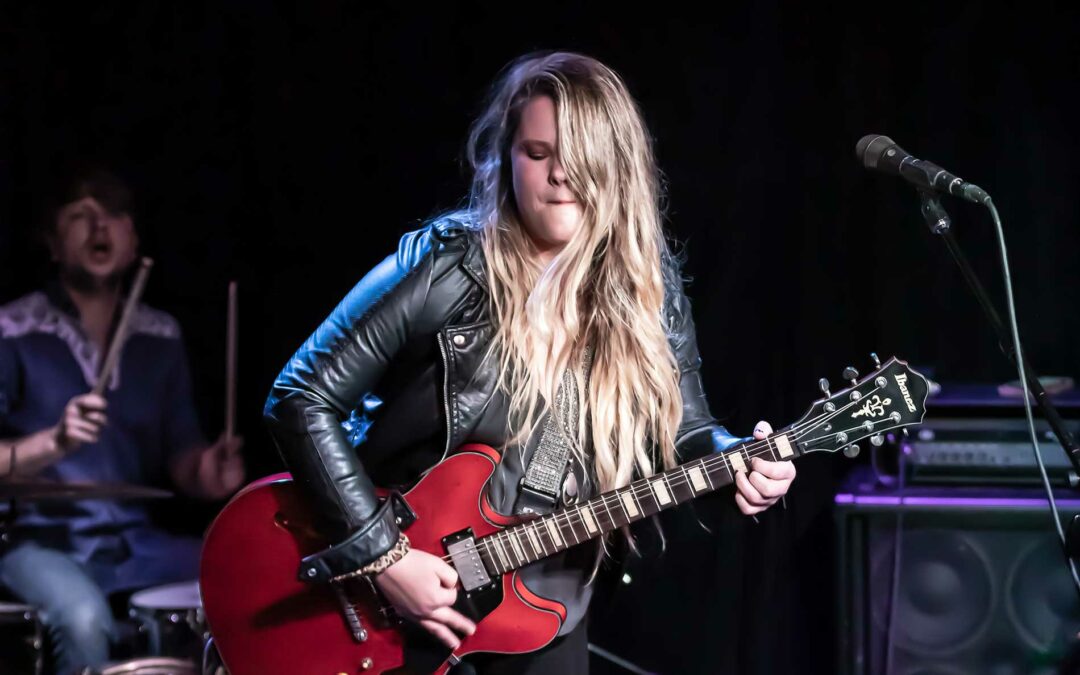 “I had recently gotten out of a rocky relationship and was sitting down, having a glass of whiskey. The concept of love on the rocks came to mind and suddenly the chorus spilled out of me. After that though I was stuck and wasn’t sure what to do with the tune. I brought it to two friends (Sandy Ramos & Laureen Smith), not sure if it was a song I wanted to finish and they brought the song full circle. Still unsure of what it would sound like with a full band, I ended up bringing it into the studio at the last minute and tracking it with my guys without ever having rehearsed it before and the song instantly came to life!

As soon as I heard it in the studio I knew it had to be the title track. Then to take it to the next level, I found an incredible, Nashville based whiskey called Guidance Whiskey and partnered with them on the release and music video. Jason, the creator and owner, is seen in the video having a glass of whiskey with me and they’ve been such incredible partners for this project. It just goes to show that you get farthest with the love and support of others. This song would have probably still just been a whiskey stained voice memo if it wasn’t for the help of my co-writers, band and Guidance Whiskey.”

Lauren Anderson isn’t shy about sharing her influences. Indeed, there have been any number of classic and contemporary artists that have left an indelible impression on the musical mantra she’s pursued over the course of her career — Bonnie Raitt, Etta James, Eva Cassidy, Nina Simone, Whitney Houston, Beyonce, and the Pointer Sisters, among them. Yet, at the same time, An-derson isn’t bound to any particular parameters. Instead she’s managed to incorporate those in-fluences into a pursuit of her own passion. It’s a musical journey that continues to flourish, bring-ing her growing recognition as a celebrated singer and songwriter with her own contemporary credence.

That trajectory has accelerated rapidly over the course of the past seven years with the release of three EPs — Do & Hope, The Game and Won’t Stay Down — and her first full-length album, 2015’s Truly Me. In the meantime, the accolades have kept coming. She was named the 2015 Female Vocalist of the Year by the Midwest Music Awards, took a first-place finish in the 2018 Wing Dang Doodle Competition and watched with pride as The Game became entrenched in the Top 50 of the Billboard Blues chart five weeks in a row.

The press took notice as well. Blues Blast Magazine described said of her, “Lauren has a strong voice with touch of grit.” Rhythm & Booze noted that she has “ a fabulous powerhouse voice you can’t ignore.” Another publication noted: ”With one foot planted in the territory of her influ-ences and the other pointed in an unexplored direction, she straddles the border between blues, soul, and guitar-driven rock & roll, finding her own sound somewhere in the middle.”

Meanwhile, Anderson’s expanded her following while continuing to reap that critical acclaim. A determined dynamo of a performer adept at both blues and ballads, she’s ready to add to those accolades with her upcoming album Love On the Rocks, her most fully realized effort to date. Self-produced and due for independent release this summer, it will be preceded by four singles slated to appear each month prior to the entire album’s appearance in August — “Stand Still” (April), “Back to Chicago” (May), “Holdin’ Me Down” (June), and “Love On the Rocks” (July). Each offering finds her expounding on the soulful, seductive style that allows her to break down the boundaries between rock, blues and classic R&B.

Not surprisingly then, the new album fully reflects her own singular sound, courtesy of a varied set of songs that mostly draw from her own experience. Seven of the nine tracks were written during the pandemic, when Anderson claims she wrote a song a day for three weeks in a row.

“Keep On,” the first of the singles, is a wailing and riveting gospel-sounding entry. It was ac-companied by a music video that included stark images of the pandemic:

She describes the stoic yet soulful “Stand Still” as a more Americana-sounding song, but the message resonates as well. “It’s about what it feels like when you’re stuck and not going any-where,” Anderson says. “Still, that’s okay when you’re there with someone you love.”

Anderson calls “Love on the Rocks,” a co-write with Sandy Ramos and Laureen Smith, a true collaborative effort. “I came up with the chorus, but then I got stuck so I brought it to those two ladies and together we finished the song,” she recalls. “Ironically, this was the last song I chose to include on this album, and when the band and I went into the studio, we had yet to run through it together at that point. I wasn’t sure how it would sound with the full band, but as soon as everyone started jamming on it, it came alive. I chose to make it the title track, and it quickly became one of my favorite songs on the album.”

The subtle yet sensual “Holdin’ Me Down” falls under the category of a break-up song. “I sent my guys an acoustic version, and when we got together to run through it before going into the studio, Hutch, my bassist, came with this badass guitar part,” Anderson explains. “It really solidi-fies the soulful 90’s-sounding R&B vibe that the song seemed to call for.”

Other highlights include “Back to Chicago,” a performance that combines Anderson’s robust vo-cals and a sassy, soulful strut with some ripping fretwork from special guest and guitar great Mike Zito. “I’m Done” and “Just F***ing Begun” are propulsive rockers that allow the energy to soar into the stratosphere. On the other hand, the easy sway of “The Way I Want” and the resili-ent resolve implied by “Your Turn” help provide a decided shift in tone and tempo.

“This album is very true to me,” Anderson reflects. “I was trying to consciously choose songs for this album that worked well together. I definitely feel like I pulled from some of my seminal in-fluences and was able to find them a fit on each of these tunes.”